CapoVelo.com
CapoVelo.com - - Bkool Touts its "Smart Air" Trainer as the "Most Realistic Direct-Drive on the Market"
67688
post-template-default,single,single-post,postid-67688,single-format-standard,no_animation 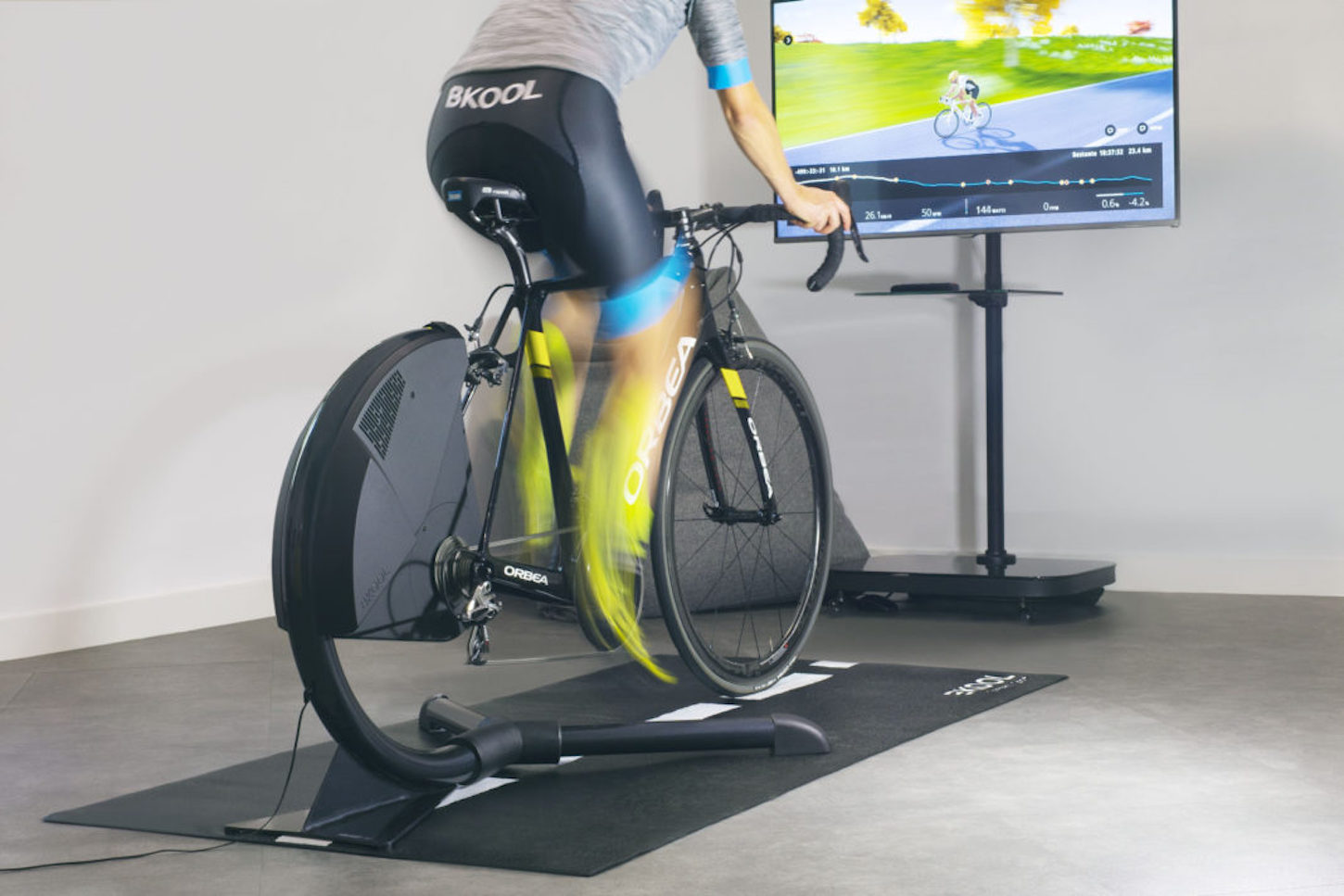 “Its peddling feel, combined with the new rocking system concept, will make you feel like you’re riding on the road’, says Bkool of its new Smart Air trainer.

Indeed, the Spanish brand claims its Smart Air marks a turning point for indoor direct-drive trainers, which features a resistance unit that’s suspended in mid-air to act like the rear wheel of a bike, while its innovative rocking system and flexible stand serve to simulate a real on-the-road feel.

According to Bkool, the new trainer is capable of generating upwards of 3,000 watts of power and simulating gradients up to 25 percent, while its sophisticated 27-point calibration system uses infrared sensors to provide +/- 2 percent accuracy.

Bkool also says, the Smart Air is also one of the quietest direct drive trainers on the market thanks to its internal cooling system.

The Smart Air is also designed to simulate the impression of descending as well, creating the same inertial feel that allows the rider to experience what it’s like to reach speeds in excess of 40mph (70 kph).

The new trainer is compatible with all types of 7- to 11-speed Shimano and SRAM cassettes, as well as with all rear hub widths, which covers most of the bikes on the market, both road and mountain. Furthermore, if you have a bike with a Campagnolo groupset, you’ll also be able to use it with a 10- or 11-speed Shimano/SRAM rear cassette.

Pricing for the Smart Air is yet to be announced, with availability expected in January.