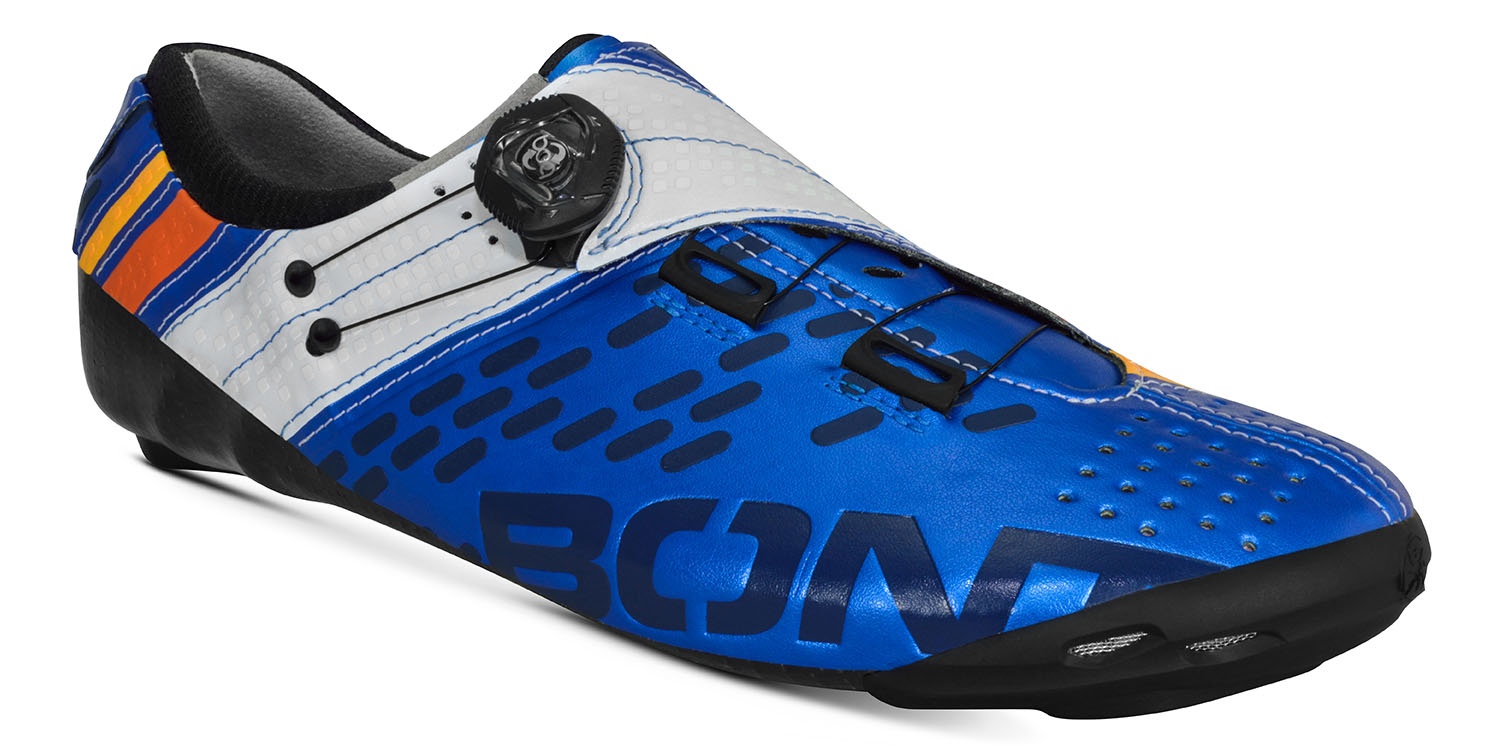 Bont has launched a new flagship road shoe called the Helix, which features a unique continuous cable closure system that wraps around the entire body of the shoe via a single BOA dial, giving it what the Australian brand says is an “even, anchored feel”.

Just like other Bont cycling shoes, the Helix is also heat moldable using a conventional oven.

“The system, in combination with an overlapping upper, allows for more adjustment and volume control. The continuous wiring spreads the load for a secure hold without localized pressure points,” says Bont.

“The cable integration system has allowed us to keep the weight low, while adding even more to the concept of custom fit. Working with BOA and taking the wire completely around the shoe, we are able to ultimately fine-tune the fit and control the volume adjustment.”

According to Bont, the Helix weighs in at a feathery 230g (in a size 42) and it’s available in a wide range of sizes and half sizes from 36 to 50, along with five different colorways for $399.

The Helix will make its official launch during next month’s Sea Otter Classic.