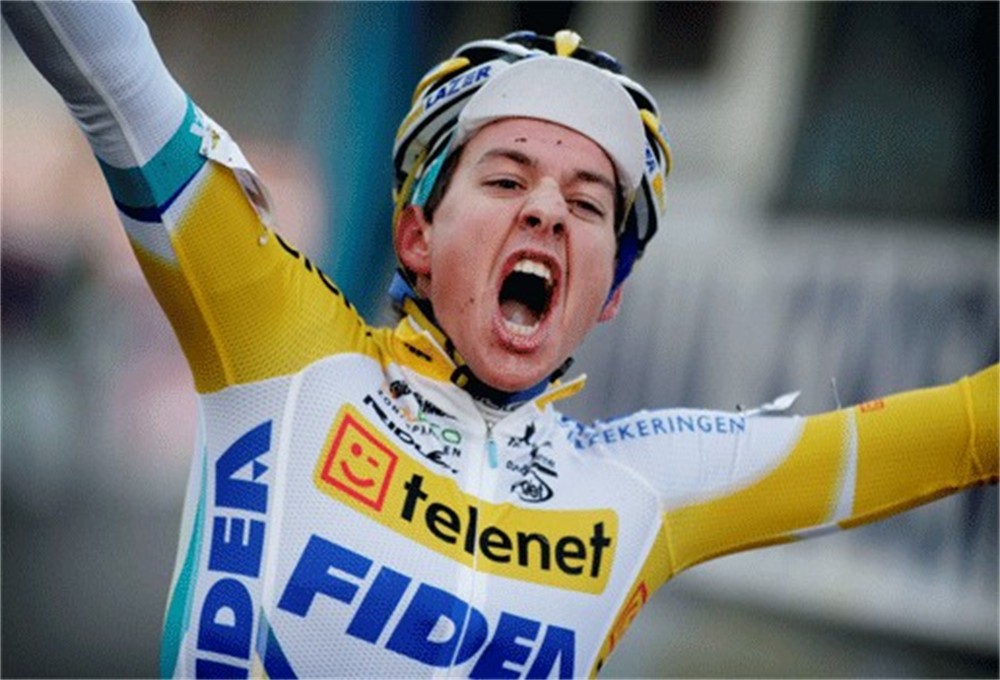 29 Dec 2015
By Campionissimo - In LATEST ARTICLES, THE GREAT RACE

After a series of near victories over the last few weeks, Tom Meeusen (Telenet-Fidea) finally scored a convincing win at today’s Azencross, after crossing the finish nearly 20 seconds ahead of his closest rivals, Tim Merlier and Wout Van Aert.

Michael Vanthourenhout took today’s hole shot, followed by Tim Merlier, Laurens Sweeck and Sven Nys, as he set the pace in the first part of the opening lap.

From there, the quartet managed to build up a slight advantage, before they were joined by Jim Aernouts and Tom Meeusen.

Meanwhile, Mathieu van der Poel, Wout van Aert and Kevin Pauwels all found themselves detached from the leaders, after experiencing a bad start.

Vanthourenhout continued to set the pace for most of the first lap, while Laurens Sweeck managed to join the front group.

As they entered the second lap, Sweeck took over the pace-setting, while Lars Boom proceeded to lead the chase.

Back up front, Merlier and Nys across the line at the intermediate sprint point, while Julien Taramarcaz, Corne van Kessel and van der Poel made the junction to the leaders.

Sweeck continued to set the pace for most of the second lap, while Van Aert, Lars van der Haar and Boom also made their way to join the lead group.

As the group reached the tarmac, van der Poel decided to launch an attack, with Taramarcaz quick to respond.

From there, the duo succeeded in establishing a solid advantage over the chase, while Radomir Simunek led the chase.

As the gap continued to increase, the chase was forced to react, with Van Aert initiating the pursuit, with Simunek fast on his wheel.

At one point, Van Aert and Simunek dispatched their chase companions, which in turn prompted Nys to react this time.

Indeed, heading into the next lap, the veteran rider succeeded in reducing the gap to just 8 seconds.

Heading into the third lap, Van Aert managed to distance Simunek, and rejoined van der Poel and Taramarcaz at the front.

Meanwhile, Nys picked up Simunek along the way, as he continued to chase in earnest.

Again, this prompted Van Aert to react by chasing down and passing the Swiss champion.

Still, a determined Taramarcaz managed to get back on terms with Van Aert, as the duo ultimately reeled in van der Poel.

After the series of jumps, van der Poel attacked again, but van Aert was quick to react and when they hit the finishing straight with five laps to go, more than 10 riders were leading the race.

However, Meeusen was quick to exploit the slower pace, jumping clear, and subsequently building up a 2-second advantage at the passage of the finish line.

With no one reacting to his attack, Meeusen continued to increase his gap, while Vanthourenhout took charge of the chase.

Despite a determined effort by Vanthourenhout to usher the chase, Meeusen proceeded to slowly increase his advantage, to where he was holding onto a 17 second gap.

This cause a reaction from van der Haar this time, who decided to take over the chase. However, their pace slowed as they hit the finishing straight, while Meeusen’s gap had gone out to 20 seconds.

Gianni Vermeersch was the next rider to take control of the chase, as he set a furious pace for the next lap. He even briefly created a small advantage over his chase companions, but van Aert was quick to react and bring things back together again.

Back up front, heading into the penultimate lap, Meeusen’s advantage was now at 24 seconds.

Once again, Vanthourenhout took up the responsibilities of leading the chase, followed by Simunel and Sweeck. But, there was no slowing down Meeusen, who’s lead had swelled to more than half a minute.

Still, the chase group remained determined, but further up the road, Meeusen was already celebrating his win as he passed through the pit zone, still holding onto a 20 second advantage.

In the elite women’s race, Sanne Cant claimed victory over Pavla Havlikova and Ellen Van Loy during a sprint finish, which saw the Belgian rider edge out her rivals on the line.

As result of her victory today, Cant continues to hold a lead of 1:46 ahead of Jolien Verschueren in the Bpost standings, with Helen Wyman 3:38 behind the leader in third.

Two races remain on the Bpost calendar, in Baal and Sint-Niklaas.