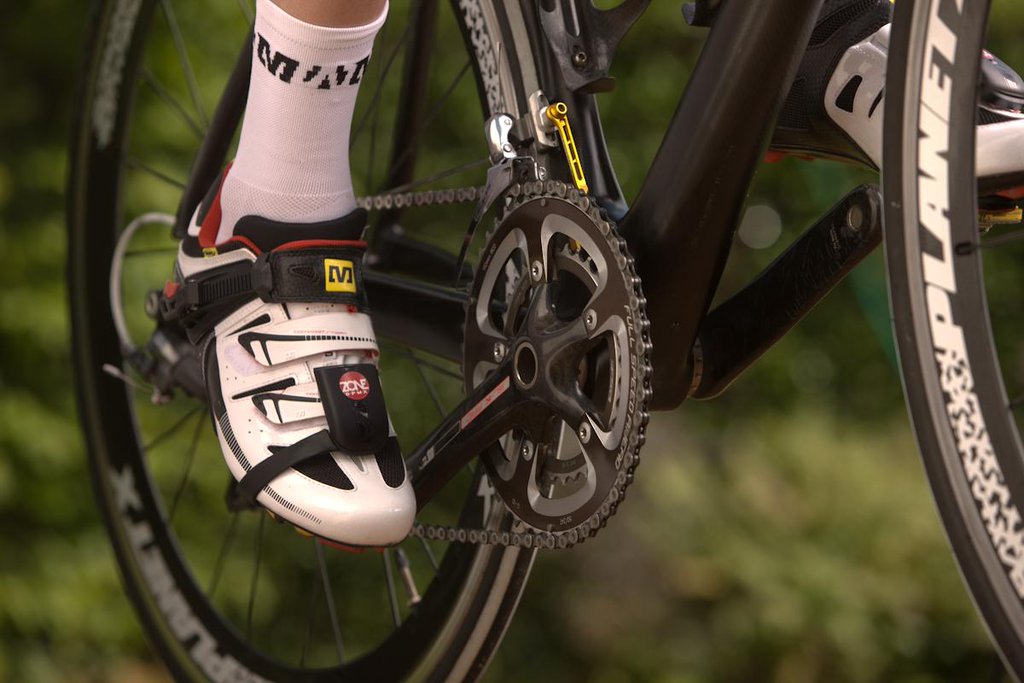 12 Feb 2016
By Gianni Pericolo - In LATEST ARTICLES, THE DOUBLE DIAMOND

“I’ve Got the Power” are no longer words reserved for a cheesy dance song. Rather they accurately describe the fierce competition between bike tech brands, to provide the best in power data analysis.

Over the years, we’ve seen power cranks and power meters of virtually every domination, but one company is attempting to do away with cumbersome hardware, with a simple wearable design.

Since then, Brim Brothers has had some ups and downs with regard to getting their technology into production. However, a recent crowd-funding campaign on Kickstarter, suggests the Dublin, Ireland based company may finally be accomplishing its goal.

Using SpeedPlay pedals as its platform, Brim Brothers’ Zone DPMX works by using piezo-ceramic sensors to measure force, which translates into the functional equivalent of power.

According to Brim Brothers, unlike strain gauges, which can be effected by changes in temperature, piezo-ceramic sensors are much more stable in their ability to accurately measure power – outside the effects of temperature variances.

The sensors themselves, are incorporated into Brim Brothers’ cleat design, which in turn work in tandem with a small lithium-ion battery-powered pod that is placed on the top of the shoe. From there, measured data such as power (watts), cadence (rpm) and left/right power balance (%), is sent wirelessly to a standard ANT+ bike computer for display and recording.

To learn more about the Zone DPMX, check out Brim Brothers’ site at http://www.brimbrothers.com