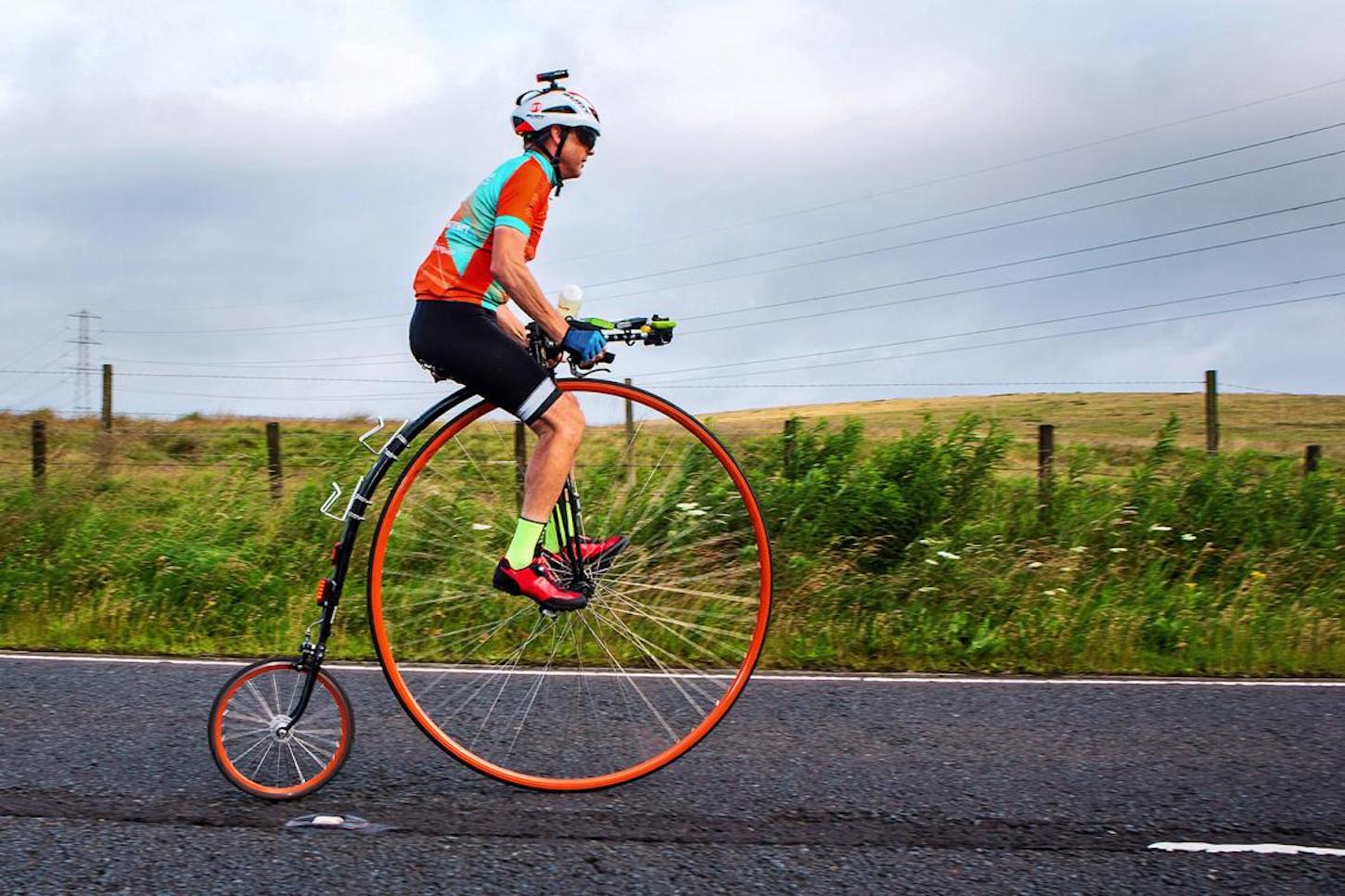 Thoday completed the 874-mile challenge in, July but had to wait for confirmation from Guinness World Records this month.

The previous record was set in 1886 by celebrated cyclist GP Mills, who made the journey in five days and one hour.

Thoday said the wait was “nerve-racking” but he felt “very relieved”. “I gave Guinness World Records all the evidence I could provide so if they said ‘no’ there was nothing else I could do,” he said. “I certainly wouldn’t be doing it again anyway. “It was just so hard.”

Thoday, who designed the penny farthing he rode, said planning the challenge had become a “full-time job on top of having a full-time job”.

“It was the toughest thing I have ever done in my life but definitely a one off,” added the teaching assistant.

“It took 10 months out of my life and lots of support from my wife. “I felt very relieved when I had the record confirmed.”