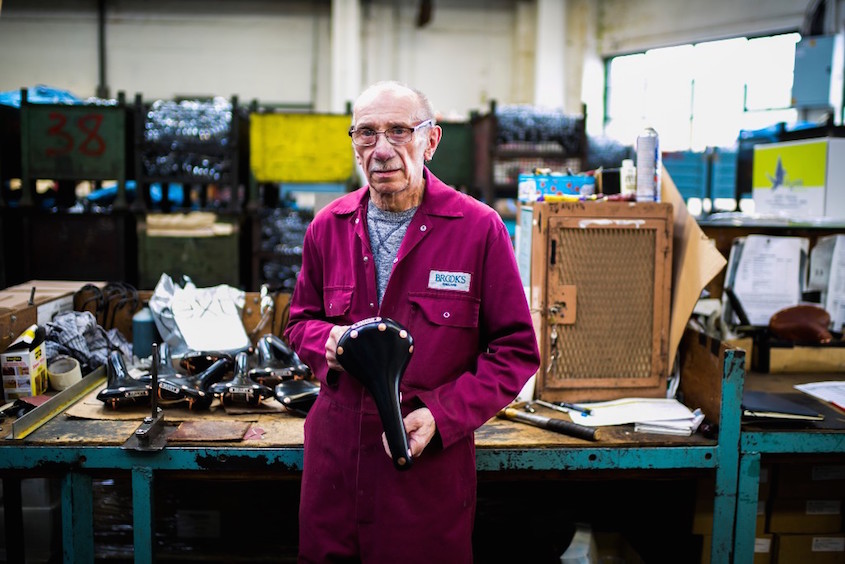 01 Jun 2016
By Gianni Pericolo - In LATEST ARTICLES, THE DOUBLE DIAMOND

It has been 150 years since John Boultbee Brooks first opened a workshop in Birmingham,UK for horse harness and tackle under the family name. After the death of his horse, he discovered the bicycle and created a seat that would one day grow his workshop to become the world’s largest saddle producer until the 1960’s.

In 2016, Brooks England has planned a long list of activities to celebrate this great achievement. Included is the release of a number of 150th Anniversary Edition products.

Brooks has created a series of their most iconic saddles resplendent in all copper frames with hand-hammered copper rivets and black leather. The models available are the classic best-selling B17, its touring counterpart the Flyer, the B67 for city bikes, the B33 for heavy duty, and the Swallow for racing, all delivered in Special Edition packaging.

In addition, Brooks has also created a a special edition all-black version of its popular Pickwick backpack, complete with with a copper-plated zipper and hook closure.

The Pickwick is a versatile canvas roll-top backpack whose design complements the ease that epitomises a urban journey by bicycle. Made from water-resistant cotton and genuine Brooks leather trim, the backpack features one secret pocket hidden on the back of the bag.

The pocket and roll-top system close toward your back, maintaining a sleek appearance while keeping your belongings safe.