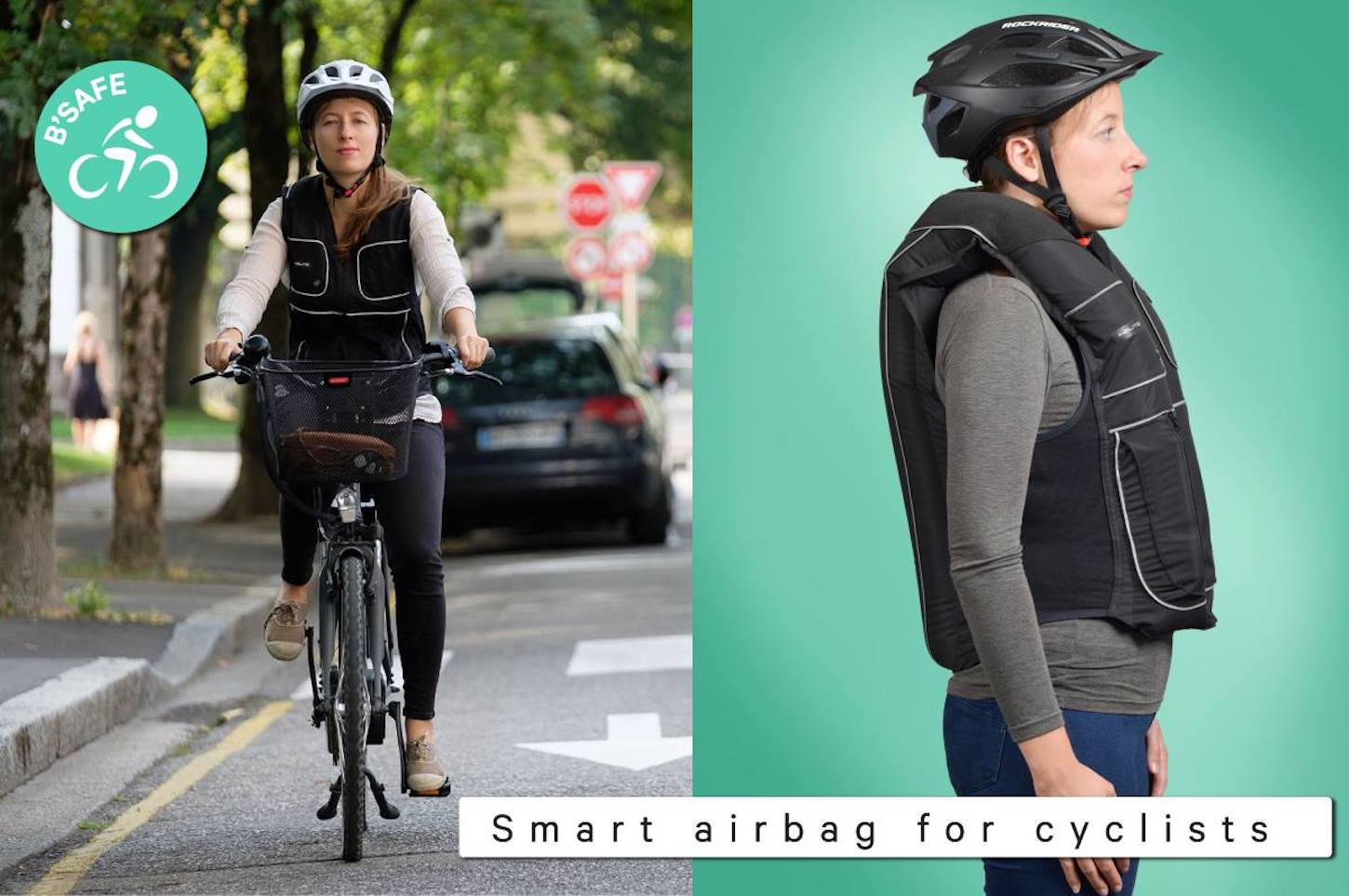 Designed to protect cyclists in the event of a crash, the B’ Safe cycling vest features two sensors that are located inside the garment itself and the other placed just below the seat of the bicycle, which rely on a “smart algorithm” to detect changes in motion consistent with an impact caused by an accident.

Upon impact, a CO2 cartridge is designed to fire within 80 milliseconds, instantly causing the vest to inflate and provide protection to the cyclist’s neck, thorax and back.

In the aftermath of a crash, the B’ Safe is completely reusable and only requires a replacement CO2 cartridge.

B’Safe is a product from the French manufacturer Helite, which was founded in 2002 by light aircraft industry pioneer Gérard Thevenot.

The company has since branched out into other areas where it believes protection is needed such as motorcycling and horse riding and now, cycling.

The company says that more than 60,000 of its airbags are in use today, making it Europe’s leading manufacturer of wearable airbag systems.

Available in black and yellow, the prototype version was showcased during this week’s Consumer Electronics Show (CES) in Las Vegas, where it won an innovation award in the wearable technology category.

According to Helite, a Kickstarter campaign for the product will follow in April, with the B’Safe becoming available to consumers sometime in Spring/Summer 2019.