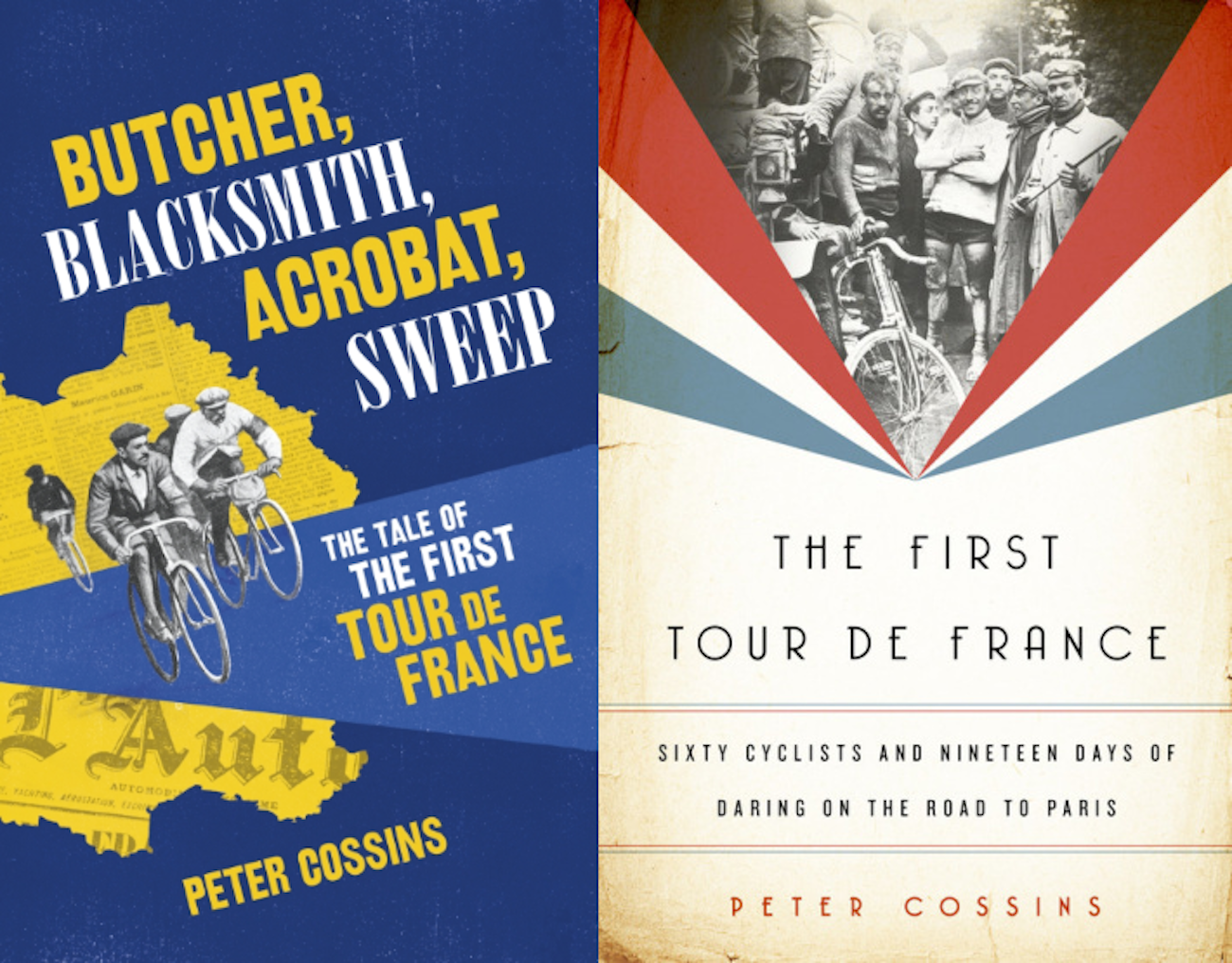 In 1902, the journalist Géo Lefèvre met Henri Desgrange, editor of struggling newspaper L’Auto, for lunch in Montmartre in Paris. Lefèvre pitched him a totally unprecedented cycling event, comprised of multiple stages over thousands of kilometers, touring the country. It sounded preposterous, but, desperate to revive the publication, Desgrange went along with it. In 1903 the first Tour de France took place.

Cyclists of the time weren’t enthusiastic about this ‘heroic’ race through roads more suited to hooves than wheels, with bikes weighing up to twenty kilos, on a single fixed gear, for three full weeks. Assembling enough riders for the race meant bribing unemployed labourers from the suburbs of Paris, including a butcher, a blacksmith, a chimney sweep, and a wrestler.

Through these characters’ backstories, acclaimed cyclist writer Peter Cossins paints a nuanced portrait of France in the early 1900s. The race itself was packed with mishaps and adventure – nighttime starts, nefarious strategies employed to gain advantages over competitors, riders hydrating with wine.

There was no indication that a ramshackle cycling pack would draw crowds to throng France’s rutted roads and cheer the first Tour heroes. But they did, and cycling would never be the same again.

Peter Cossins’s book Butcher, Blacksmith, Acrobat, Sweep tells the tale of the first Tour de France. This exclusive extract highlights some of the hopeful amateurs who lined up in that ground-breaking event in July 1903, the first stage race in the sport’s history and one that forever changed the nature of bike racing.