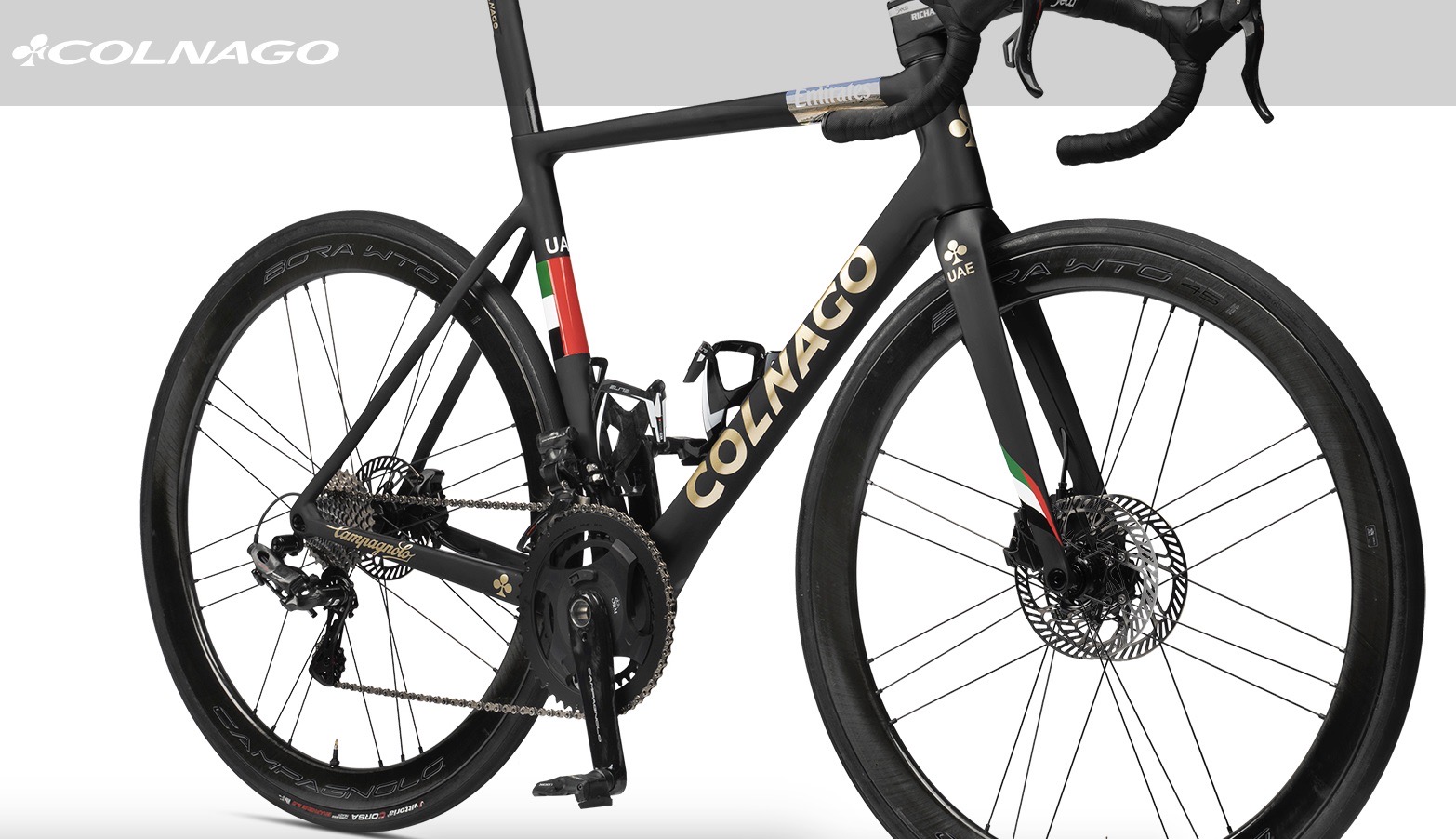 Given that it’s April Fools Day, one might first think this to be a ruse, but Campagnolo isn’t fooling around about the launch of its new SmartDisc double front rotor set-up as evidenced by Colnago’s updated V3RS DV (aka Double Ventoux) road bike.

According to Campagnolo, the two iconic Italian brands partnered on the project in preparation of two consecutive descents of the legendary Mount Ventoux that will feature in this year’s Tour de France.

“We’ve invested years of research into improving performance on the climbs and in TTs but perhaps we’ve been missing the bigger picture,” says Campagnolo. “We’ve always neglected the downhills, where bigger time gaps are possible nowadays. So we’ve worked hard all winter with Colnago and Team UAE Emirates, both on the road and in the lab. The result: the groundbreaking SmartDisc Technology that we are pleased to present today.”

“Our SmartDisc Technology will no doubt make the difference at this year’s Tour de France, as the riders are set to tackle Mont Ventoux’s high-speed descent twice in one stage. SmartDisc Technology is the logical choice for such an undertaking and a historic leap forward in both bicycle safety and performance,” adds Campagnolo.

Colnago doesn’t mention any pricing for the V3RSDV on its website, but we’d be foolish to think that it will cost double the price of the standard model. 🙄