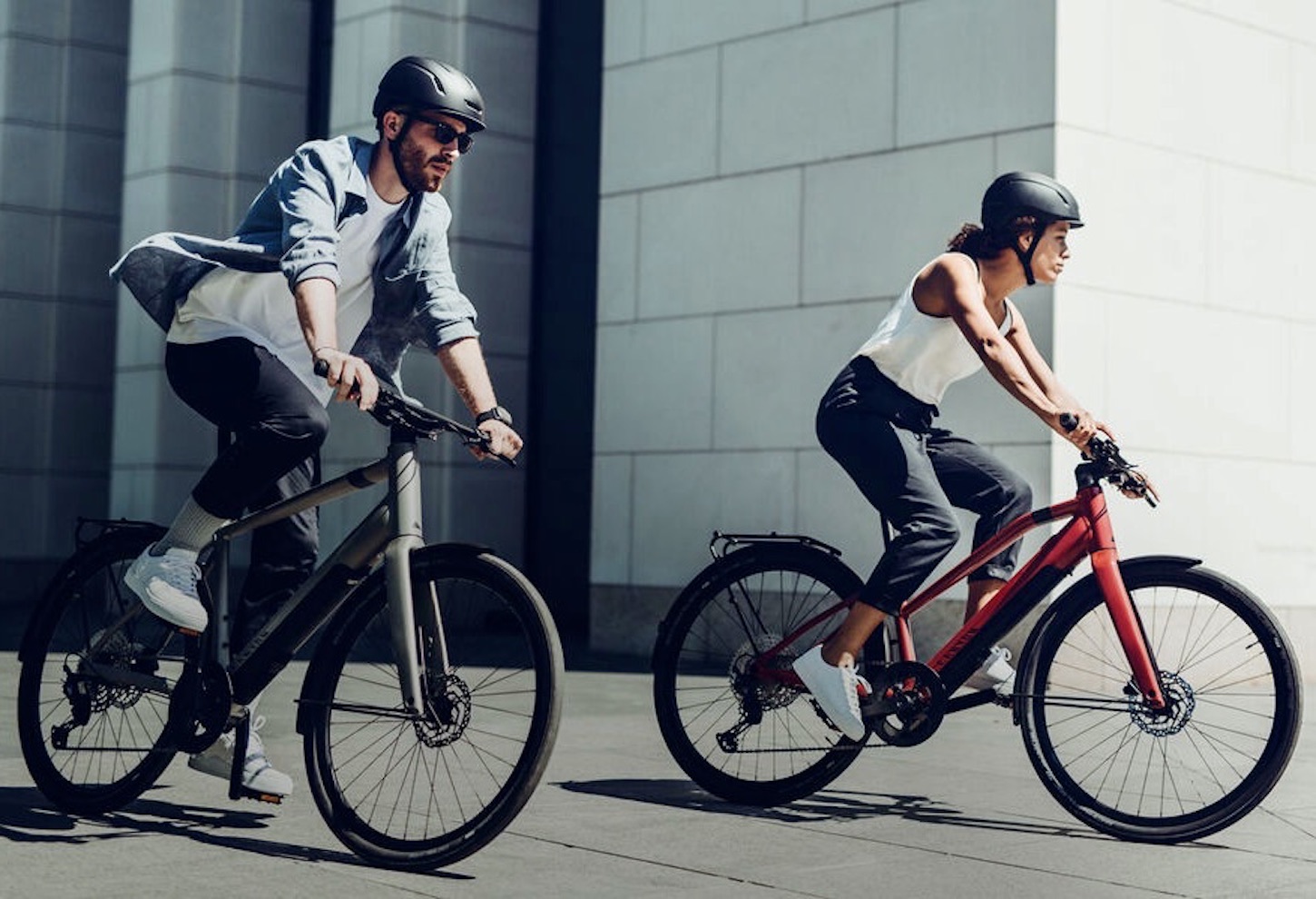 Canyon has debuted two new electric bikes called the Commuter:On and the Precede:On, models that will hopefully garner solid footing for the German brand in the urban cycling segment.

“Decades of car-centric urban planning is being turned on its head and a simpler, more elegant form of mobility is returning to the forefront: the bicycle,” says Canyon’s press material. “Dodging traffic and eliminating the dreaded search for parking, ebikes have made getting around town easier than ever and they are only improving.

“What makes a truly capable e-city bike? It should empower you to pedal to work in the morning, run errands in the afternoon and grab drinks with friends in the evening, all without stopping to worry about whether your battery is going to die, if you forgot to bring your lights or if you have enough space to pick up your groceries. It should be a bike that gets the job done and looks good doing it.”

To keep the price down, the Commuter:On is made from aluminum, while the Precede:On has a more costly carbon fiber frame.

The Commuter:ON uses a 250w Fazua e-bike drive system that’s capable of producing 50 Nm of torque. Moreover, the system allows both the motor and the battery to be completely removed from the bike, so cyclists can to transform it into a purely pedal bicycle.

Additionally, the system includes a 252 Wh battery that Canyon claims can provide a travel range of up to 46 miles (75 km).

Like most European electric bicycles, the Commuter:On is a pedal assist-only e-bike with a top speed that’s been limited to 15.5 mph (25 km/h).

The Commuter:On also includes fenders, a discrete rear rack, integrated lights, a built-in display, a 12-speed Shimano XT drivetrain and Shimano hydraulic disc brakes, which is available in two styles, a step-through and a step-over frame.

The new Canyon Precede:ON ups the ante quite a bit, swapping the aluminum frame for a carbon fiber, along with a Gates belt drive, a Bosch mid-drive motor and an automatic Enviolo continuously variable transmission.

The Precede:ON also features integrated cables and wiring, courtesy of a Bosch Kiox display, along with specially designed brake levers that create a one-piece handlebar setup.

Other highlights include an integrated LIGHTSkin Ultra Mini front light and a Supernova E3 Tail Light 2 at the rear, which both run off the bike’s battery.

The Precede:On’s drive unit is a Bosch Performance Line C X that puts out a whopping 85 Nm of torque, alongside a 500 Wh Bosch PowerTube battery that can deliver a travel range of 40 miles ( 65 km).

Like the Commuter:On, and the Precede:ON is also available in both a step-over and a step-through model, with pricing starting at around $5,950 (€4,999).