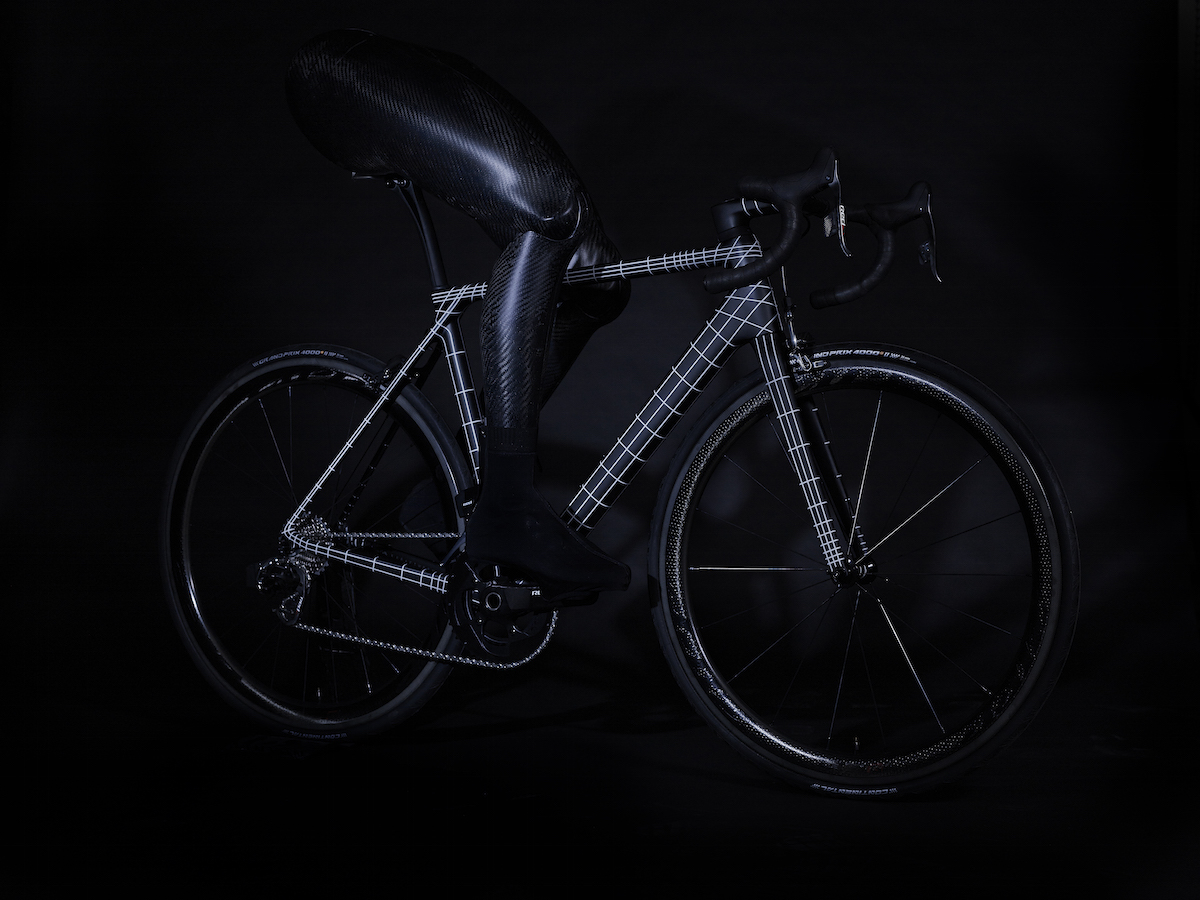 Canyon has teamed up with the music band Kraftwerk to create a special edition version of its Ultimate CF SLX road bike, ahead of this year’s Tour de France Grand Départ in Dusseldorf, Germany.

Dusseldorf is the home of Kraftwerk, where the German band first formed in 1969.

The band was one of the very first music groups to popularize electronic music, and they are widely considered to be the innovators of that genre.

Kraftwerk has always had a close affinity with professional cycling, releasing their popular ‘Tour de France’ song in 1983, which was followed by a Tour de France Soundtracks album in 2003 (and re-released in 2009).

“My memories of partying in friends’ basements as a teenager are dominated by hearing Kraftwerk’s groundbreaking sounds,” Arnold said. “Kraftwerk and cycling have a special and unique connection – their music, and all that they do, has inspired our work at Canyon in so many ways across the years. It is an unbelievable honor for us to pay respect to everything that Kraftwerk stands for and has achieved in such a fitting way with these stunning bikes.”

Inspired by the band’s live appearances, the Ultimate CF SLX Kraftwerk uses design elements that echo Kraftwerk’s approach. Canyon claims that the pattern, originating from Kraftwerk founder Ralf Hütter’s own design, is one of the most complex ever applied by their design team, requiring seven hours to apply the design scheme for each frameset.

The 21 Canyon Ultimate SLXs will come equipped with SRAM’s wireless eTap groupset and Zipp’s 303 wheelset,and they will go on sale on the July 3, with a hefty price tag of £8,999.