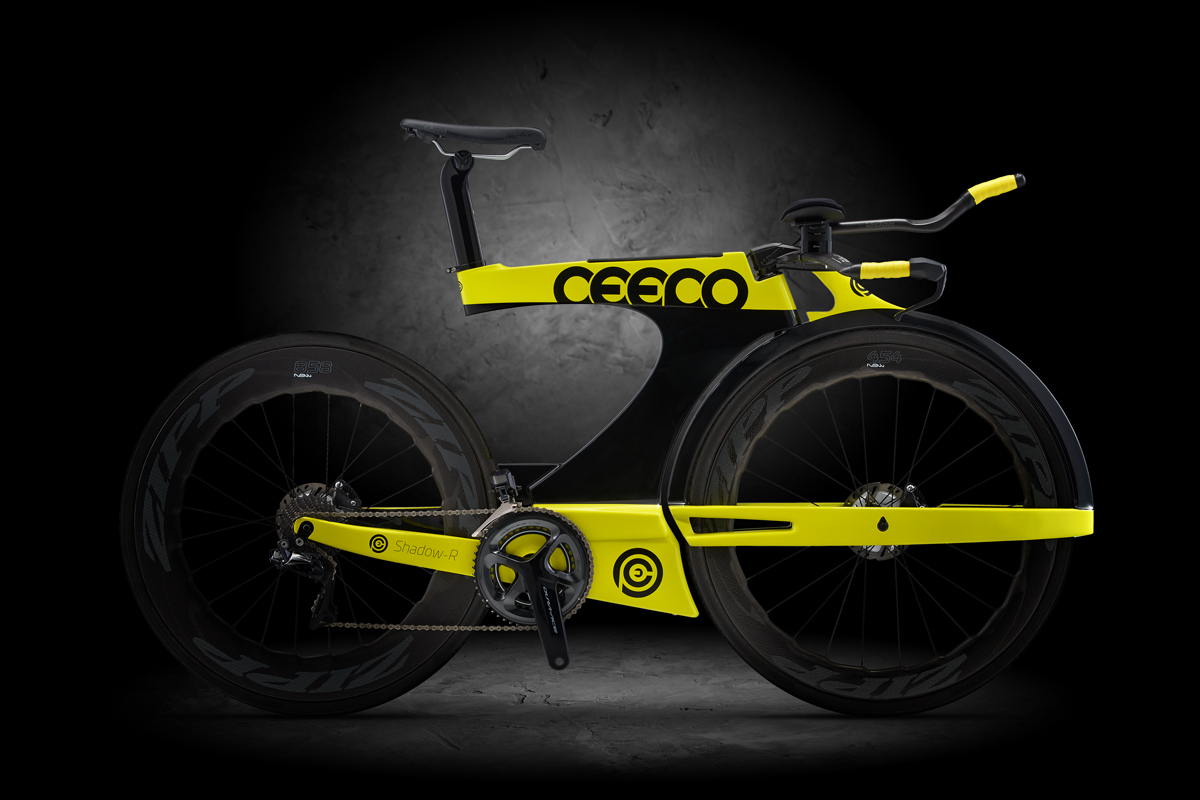 CEEPO debuted its radical new triathlon bike during this week’s Eurobike show called the Shadow-R, which features a far-out beam design and a wild looking fork befitting of a Marvel Action Hero.

Indeed, the Shadow-R features a futuristic front fairing that borders on outer space, which CEEPO says does as much to reduce road vibration as it does to cheat the wind. There’s also a fairing over the front wheel which extends into a headtube, leaving an exposed area that the Japanese company says also results in a significant reduction in wind drag

“The revolutionary CEEPO Shadow-R “SideFork”provides an obvious aerodynamic advantage. But what you cannot see is that helps dampen road vibration. Assembled with regular parts; our new super frame remains easy to travel and service”, says CEEPO.

The overall lay-out of the frame features truncated tube profiles, along with a large section of carbon fiber in front of the bottom bracket that serves as a storage compartment, as well as an integrated bento box along the top tube.

The Shadow-R is compatible with all electronic groupsets from Shimano, Sram and FSA, and can also comply with Sram’s 1X drivetrain system also. Moreover, a twin position front derailleur means the bike can accommodate virtually any size chainring from 56T right down to a 50T compact.

Braking on the Shadow-R comes courtesy of disc brakes, which can be either hydraulic or mechanical, along with clearance up to 28mm tires.

As far as pricing and availability for the Shadow-R are concerned, like the saying goes, if you have to ask, chance are you can’t afford it.

It will accept most stems and bars on the market. Oval front chainrings up to 56 all the way down to compact size due to our twin position front derailleur hanger.

Reversible Seat Post:
For a wide range of saddle adjustability.

Double seat clamp:
Wedge and collar means it never slips and makes it easy to remove your seatpost without losing its position.