Centurion Bike Brand is Up for Grabs in the USA 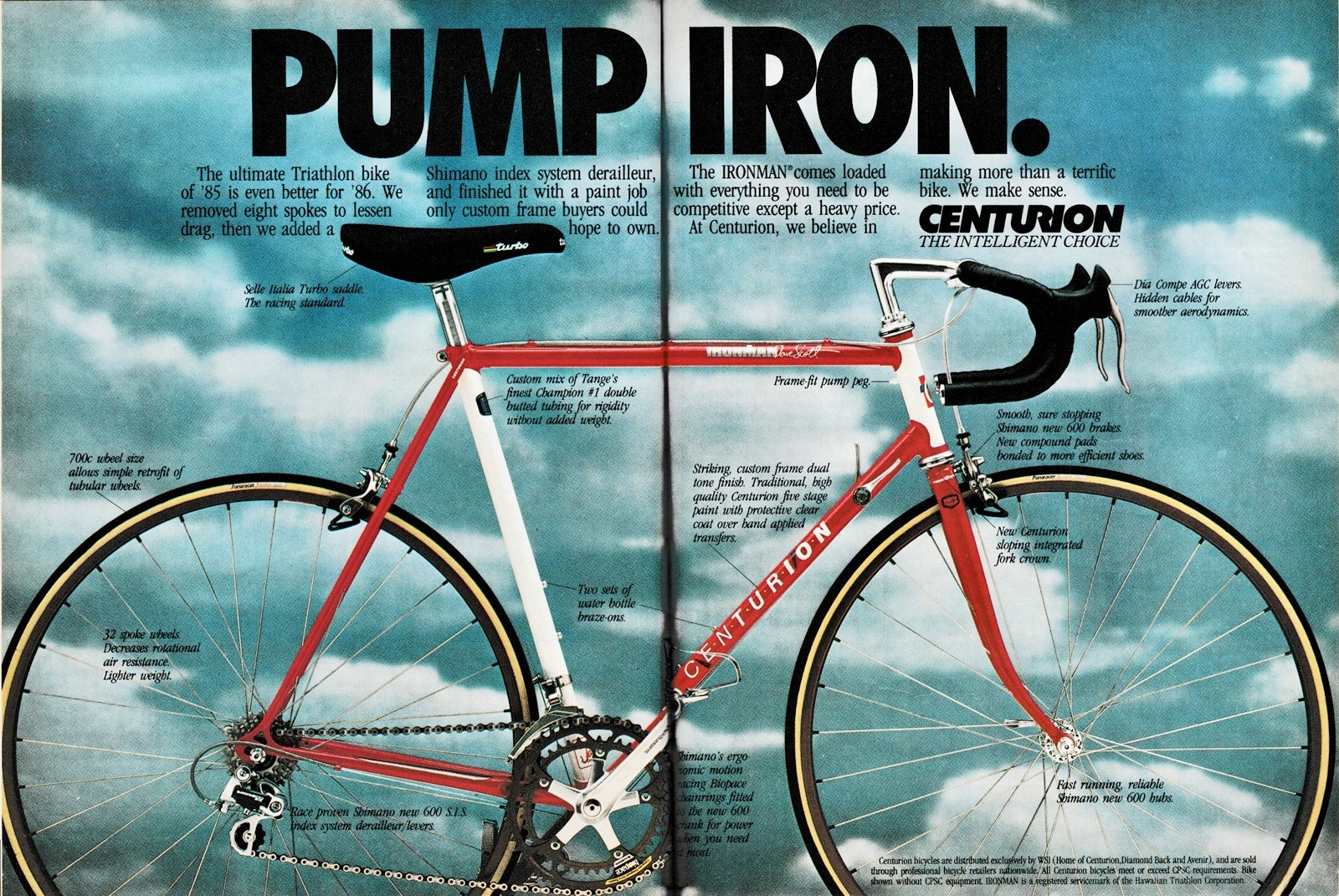 19 May 2022
By Gianni Pericolo - In FEATURED ARTICLES, LATEST ARTICLES, VELOPATHIC

Generation X’s will remember the Centurion bike brand from the 1970’s, steel 10-speed rigs that were very nicely made, putting them on par with the European competition. But, save for some models that continued to be produced by a separate company in Germany for the European market, the brand disappeared from these shores in the late 1980’s.

Since then, JMM Lee Properties has held the rights to the Centurion label, which is now putting it up for grabs for buyers seeking to capitalize on the current bike boom in the U.S.

“As the cycling category grows, bicycle sellers are looking for recognized and respected brands for their new products,” Lee adds. “As an established and admired brand, Centurion offers the immediate customer recognition required for success in a competitive market.”

Centurion and WSI competed in the U.S. against domestic and European bicycle manufacturers including Schwinn, Raleigh, Peugeot, Gitane and Motobecane — as well as other nascent Japanese bicycle brands including Miyata, Fuji, Bridgestone, Panasonic, Univega, Lotusand Nishiki — itself a line of Japanese-manufactured bicycles that were specified, distributed and marketed by West Coast Cycles — a U.S. company similar to WSI. Japanese-manufactured bikes succeeded in the U.S. market until currency fluctuations in the late 1980s made them less competitive, leading companies to source bicycles from Taiwan.

WSI marketed the Centurion brand of road and touring bikes in the U.S. using the tag line “Where Centurion leads, others must follow” and “A Lifetime Bicycle“, offering a warranty without time limit.

Additionally, for a brief period the bikes carried a “Centurion Bicycle Works” head-badge.

According to bike historian, Frank J. Berto, Raleigh Industries of America had been looking at a Japanese source for their Grand Prix model. Raleigh America ordered 2,000 bicycles from Tano and Company of Osaka but their parent company in England, TI-Raleigh, disapproved — concerned that the Tano-built bikes were too well made and would have outsold their own British bikes.

Raleigh’s sales agent, Mitchell Weiner, who was reading The New Centurions at the time, took receipt of the bikes, placed Centurion decals on the bikes and marketed them successfully, subsequently forming Western State Imports after merging with Rick Wilson’s company, Wil-Go of Santa Clara, California. Because the bikes had all been intended as Raleigh Grand Prix models, as Centurions, they carried the colors of the Raleigh America Grand Prix model.

Cozy Yamakoshi served as the company’s product development manager, designing the bike’s frames, coordinating the manufacture of the bikes by Japanese manufacturers, and importing the bikes into the US. Subsequently, around 1986, Centurion introduced their first Taiwanese built model, the Signet. The Cinelli Equipe Centurion of 1985 (only) was a joint-venture of WSI and Cinelli of Italy.

Early bike sales were limited to the West Coast, with the brand receiving wider exposure by the late 1970s. WSI stopped using the Centurion brand name in 1990, consolidating their road and touring bikes under the Diamond Back (later DiamondBack) brand. While the brand Centurion had become well known, under the new brand name the company’s market for road and touring bicycles soon evaporated. Early Diamond Back models (ca. 1990) carried a top tube decal reading “Centurion Designed” and stickers near the bottom bracket reading “Designed in the USA” and “Exclusively built for WSI.” Diamondback Bicycles was eventually sold to Raleigh USA, and manufacture was moved to Taiwan.

WSI later opened an office in Van Nuys, California, and eventually maintained offices in Dallas, Texas, Denver, Colorado and Dayton, New Jersey — in addition a headquarters in Newbury Park, California. After Weiner died, the company continued its growth under the management of Mike Bobrick.

Cozy Yamakoshi, product and development manager, worked with Mike Bobrick (Executive President of WSI) and Sandy Finkelman (1947–2005)(Diamond Back team manager and product development) and left Diamond Back in 1986, to start Parkpre Mountain Bike in 1989. Parkpre USA was based in Moorpark, Southern California, USA., producing bikes from the early 1990s until 1998. Ken Yamakoshi, son of Cozy Yamakoshi, is in the process of re-launching Parkpre in the U.S.

The rights to the brand name Centurion were sold to Germany’s Wolfgang Renner in 1991. Renner had imported Centurion to Germany since 1976, including made-extra models like the first German mountainbike “Country”. Today, Centurion remains as a German brand with design and engineering in-house.

JMM Lee Properties is a worldwide brand owner and licensor of a portfolio of fashion, consumer electronics, and home appliance trademarks, including fMinolta, Bendix, AirTouch, Litton, Chambers and Slates.