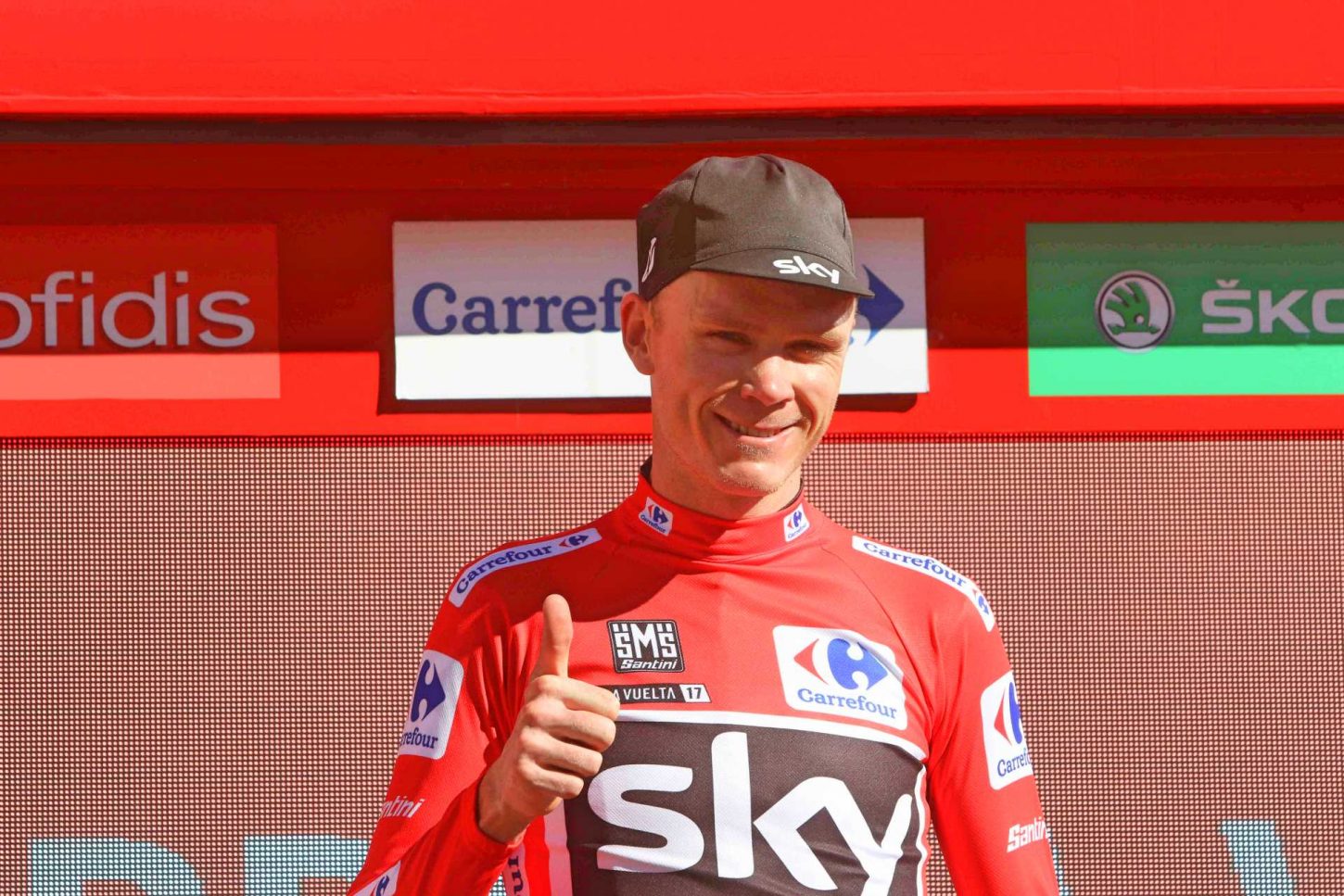 Chris Froome confirmed today that he’ll ride in the 2018 Giro d’Italia, as he attempts to win a third Grand Tour in a row.

The Team Sky rider won his fourth Tour de France title in July and his first Vuelta a Espana in September.

Froome has not raced in the Giro since 2010, but will return for the 101st edition, which starts in Jerusalem in May.

He said the prospect of holding all three Grand Tour titles was a “whole new motivation”.

Eddy Merckx and Bernard Hinault are the only riders to have held all three at the same time.

“It’s really exciting to be able to take on a new challenge, to do something that perhaps people wouldn’t expect and to mix it up,” said Froome.

“It’s a whole new motivation for me to see if I can pull off something special next year.”

Seven riders have won the Giro and Tour in the same year, with Marco Pantani the last man to achieve the feat in 1998.

Team Sky general manager Dave Brailsford said, “Some of cycling’s greatest stories have been played out at the Giro d’Italia and next year gives us the chance to write a chapter of our own.”

“Some of the very best riders have attempted to win the Giro d’Italia and Tour de France in the same season but very few have been successful, so it’s a challenge we have enormous respect for.”

“We’re really excited about 2018. This is a new motivation for the whole team and something that all those who follow our sport can be excited about too.”