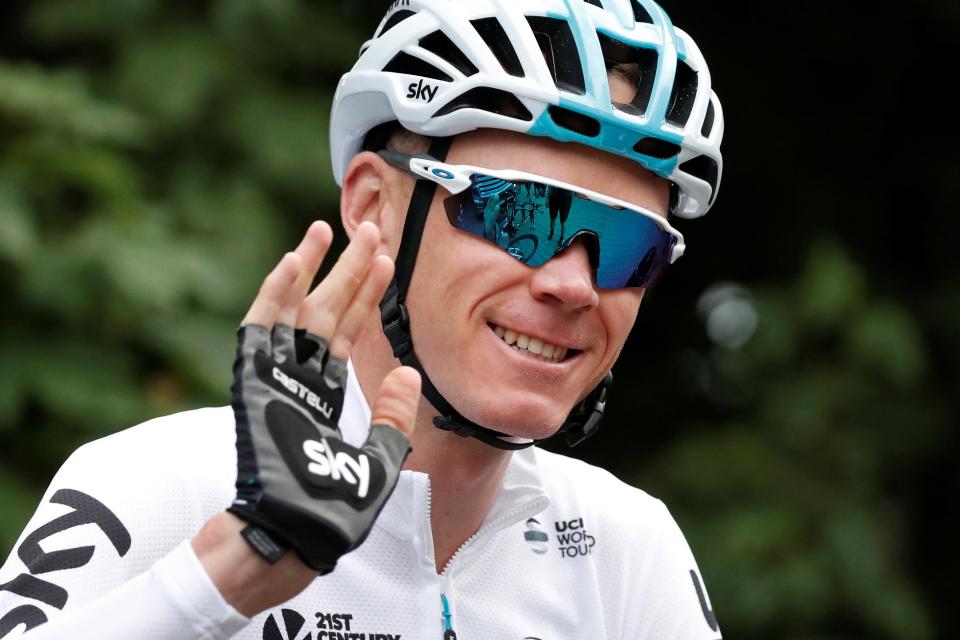 Chris Froome says, three second- place finishes in the Vuelta a Espana has left him with a sense of “unfinished business”.

Indeed, fresh from winning his fourth consecutive Tour de France, the British rider has set his sights on triumphing in this month’s Spanish Grand Tour, and joining such luminaries as Jacques Anquetil and Bernard Hinault with a Double-Tour victory, which hasn’t been accomplished since 1978.

Froome saw his hopes for a Tour-Vuelta double fade last year, after a grueling season took its toll on the Team Sky rider.

However, a new focus aided by his teammates, may finally see Froome put matters to rights in the La Vuelta .

“It certainly feels as if I’ve got unfinished business with this race,” Froome said in a video interview released by Team Sky.

“I’ve finished second three times now, so it would just be incredible to win.”

Reflecting on the other overall contenders, he said: “My main rivals at this year’s Vuelta will be the likes of Romain Bardet and Fabio Aru who were in great shape at the Tour.

“Then there’s guys who maybe haven’t done the Tour and will have focused more on being ready for the Vuelta – Vincenzo Nibali, Bob Jungels, Adam Yates from Orica, who will also have [twin brother] Simon riding with him.”

Regarding this year’s route, the Team Sky rider said, “I think this year’s Vuelta has certainly got a good balance between time trialling and mountain top finishes.

“With nine mountain top finishes it’s heavily weighted for the climbers but, with an individual time trial of over 40 kilometres, there could be minutes won or lost there as well.

“It’s a great balance between the pure climbers, and the rouleurs who can time trial. I think it’s going to be a really exciting and well-balanced race.”

“I’ve got a good feeling about this year’s Vuelta,” he continues. “I think we’ve got a lot more purpose and it feels like we’re on much more of a mission this year.

“I don’t think we’ve been to the Vuelta a Espana with a team as strong and as focused on the Vuelta as we are this year, and I’m certainly going into the race with a lot of confidence in the team around me.”

Regarding the prospect of that rare Grand-Tour double, he added, “It’s been a huge motivation for me, given that no one in the modern era has done the Tour-Vuelta double.

“It’s an even bigger challenge for me than just targeting the Tour de France, so my motivation couldn’t be higher at this point.”

Team principal Sir Dave Brailsford said, “Every Vuelta is important as it is a Grand Tour but this year we are more motivated than ever to try to win it. I believe this Vuelta can be a defining moment for Team Sky and for Chris Froome.”

Making reference to the Tour-Vuelta doubles achieved by Anquetil and Hinault, he said, “This year Chris has the chance to write history alongside them and cement his place as one of the all-time greats of the sport.

“But we know from experience just how tough and competitive the Vuelta is as a race. This year is no different with one of the very hardest mountain top finishes on the Angliru on the penultimate stage.

“We go into the race with Chris supported by another group of very talented riders. It is great to have Wout Poels back after injury and it is an opportunity for him to put his mark on the season after a challenging year. Gianni Moscon will also be riding his first Grand Tour. He is an exciting talent with a lot to offer the team.”

Brailsford added, “I was very proud of how we rode the Tour this year – the teamwork and the way our riders supported each other was exceptional. This group go into the race with the same mindset and we will give them every support we can to help them succeed together.”