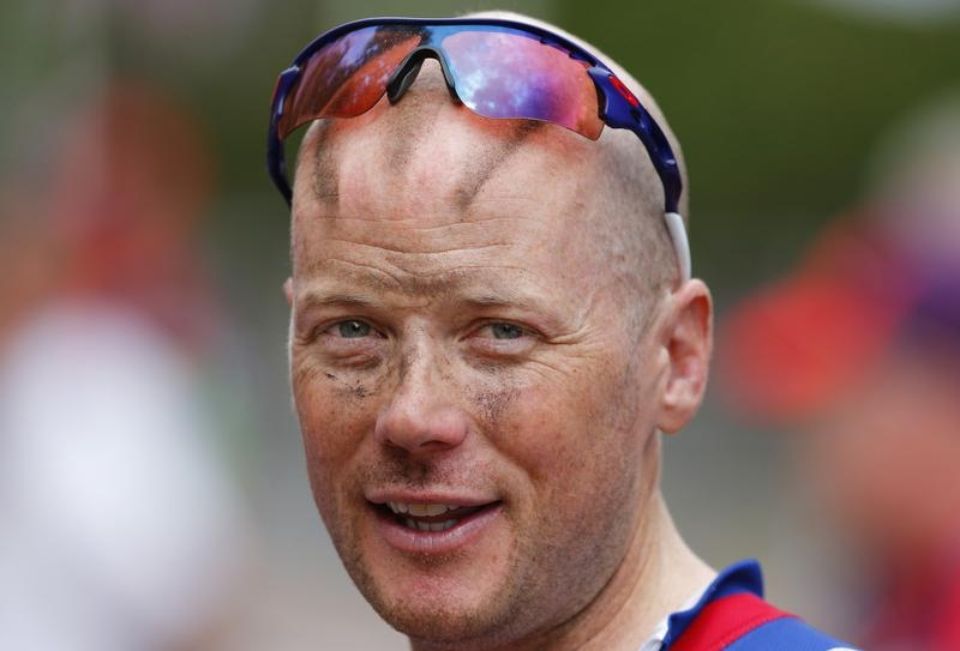 11 Jan 2016
By Campionissimo - In LATEST ARTICLES, THE GREAT RACE

Has Chris Horner once again been rescued from cycling purgatory?

The Oregon-based wheel brand, Knight Composites, posted on its website today, an indiction that the American rider’s career may have been resuscitated, after naming Horner its “road brand champion”. To wit:

Carbon wheel innovator, Knight Composites, has created quite a spin in the cycling world since hitting the asphalt in late 2014, and the team is dead set on continuing their competitively disruptive upheaval of the carbon wheel category in 2016 and beyond with the addition of Grand Tour Champion Chris Horner as Partner and Road Brand Champion.

“Thanks to our extremely talented and dedicated team of supplier partners, distribution partners, independent bicycle dealers and athletes, our launch and acceptance by the industry and cyclists alike has been a tremendous success. Adding a phenomenal cycling champion and advocate like Chris Horner to our team is a massive win and will surely put the industry on notice – we’re here to win,” said Knight CEO Beverly Lucas.

In addition to continuing his career in professional cycling, Chis will assume the role of lead Road Brand Champion for Knight, responsible for road testing and helping to establish partnerships with clubs, teams and other global cycling partners wanting to align themselves with Knight’s claims of being the fastest, safest and best performing wheels on the planet. At his home in Bend, Oregon, Chris Horner had this to say about joining Knight: “As a long-time professional cyclist, I’ve had the opportunity to ride practically all of the wheels on the market. After spending a season on Knight with my teammates at Safeway-Airgas and putting their wheels to the test for thousands of miles, I can honestly say we chose the right partner! In terms of speed, responsiveness, stability, and overall performance – they’ve nailed it, and there’s no other brand I’d rather be riding. I’m a pretty simple guy – I want to work with people I trust and respect, and I want to use the very best gear out there. Joining Knight, a global company with roots in Bend, Oregon; is a great fit for me as I continue my career in professional cycling.”

Jim Pfeil, Knight President, said this about the Horner announcement: “I’ve been blessed to have worked with Chris for a large part of his cycling career. Having him join the Knight Family is a perfect fit and gives us even more validation and confirmation that we’ve truly created something special here at Knight.” Pfeil went on to say, “Chris is a world class athlete, a true champion, and an all-around great guy. He will help us in a big way to continue to bring the very best products to cyclists around the globe. As a well-respected cycling veteran and the only American Grand Tour Champion still riding in the peloton, Chris could have gone to any of our competitors to support his Safeway-Airgas squad last year. But after several weeks of testing, we were honored that he wanted his team to ride Knight, and it’s been a very effective partnership that will continue with the 2016 season.”

After finding himself without a team for 2016, to include battling the ongoing effects of a bacterial infection in his lungs, many were doubtful that Horner would return to racing.

However, today’s news brings new signs of hope, that the former Vuelta a Espana winner will once again return to the peloton for this season.