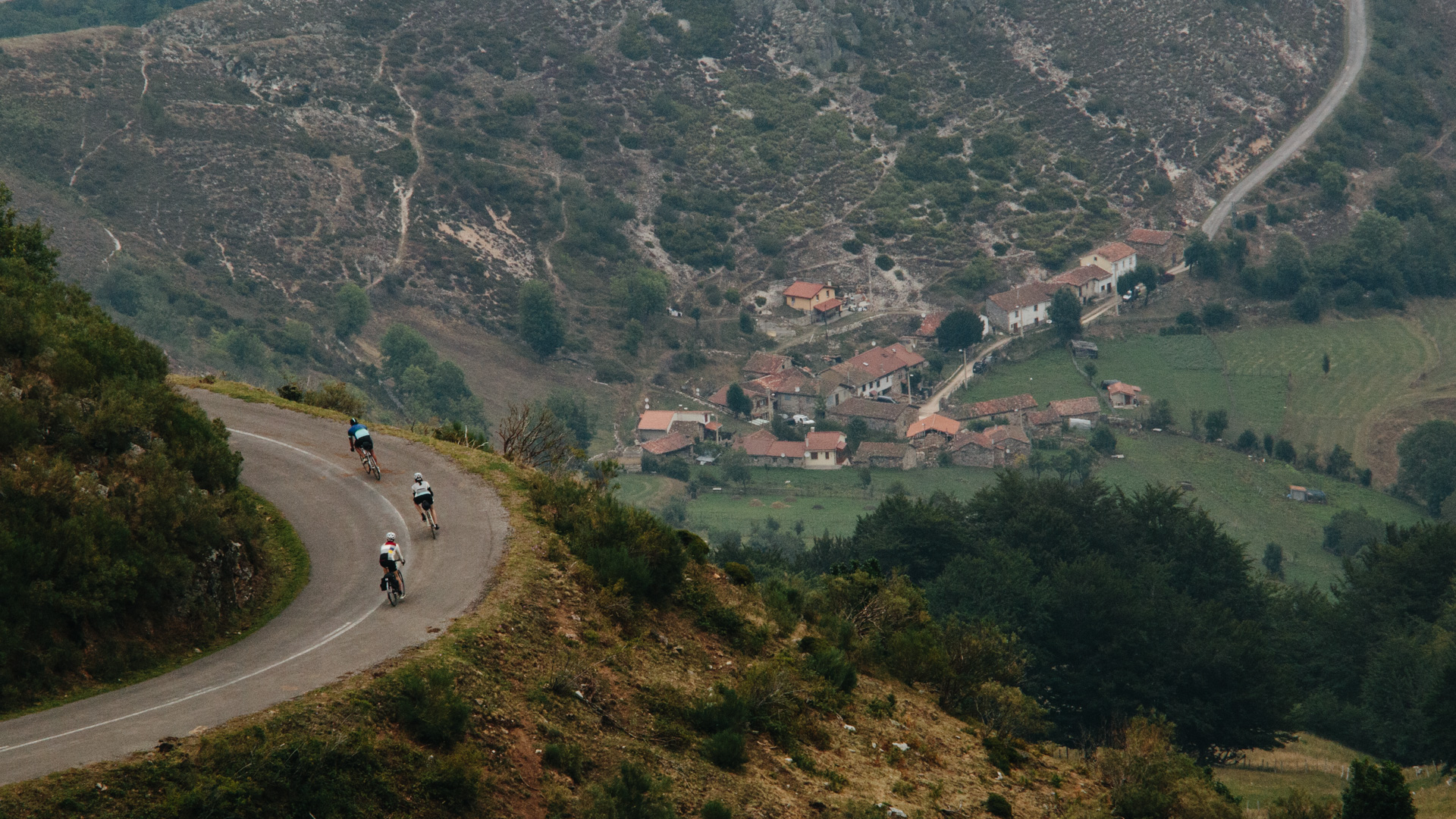 Over a few Spanish pinchos and Mahou lagers, Lawrence, one founding member of Cima Coppi, recounted his early days riding from Sweden to Spain on only his single speed bike and in his wool sweater. Or his adventures in Italy riding each stage of the Giro at the crack of dawn before the professionals hit the road for the day, all done in his one wool sweater.

Indirectly this really served as product testing that later laid the foundation for the company that Cima Coppi has become, a humble, custom fit wool cycling garment company based in Asturias, Spain.

This inspired Galen and I to create a film that paid homage to these stories and the distances wool can travel. In the film we hope that you get the feeling of never ending pursuits of adventure all in one custom made blue wool sweater.