Clásica de San Sebastián Has Become the Festival of the Climbers 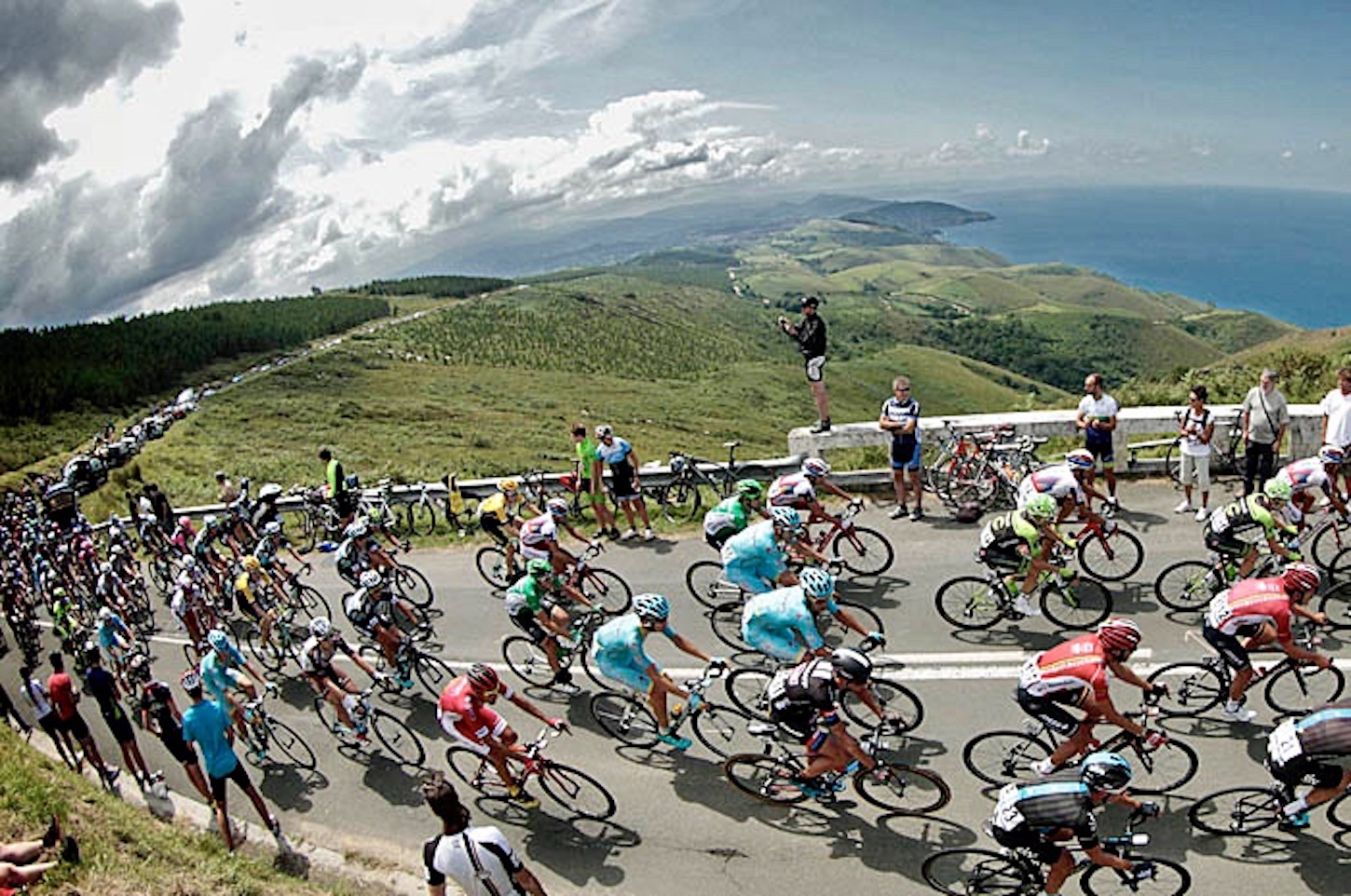 Many fans would argue that the best race for climbers on the UCI WorldTour calendar is the Clásica de San Sebastián thanks to its varied terrain and several demanding climbs over a testing distance of more than 220km. The Spanish race, held since 1981, winds along the coastline of the Basque Autonomous Community and includes the iconic Alto de Jaizkibel that has often hosted the decisive attacks and, more recently, the Alto de Murgil Tortorra in its final section.

The course of Donostia-Donostia Klasikoa has changed several times in its 40-year history. The Jaizkibel (7.8km at 5.84% gradient) was originally climbed twice and was closer to the end, but in the last edition of the race its involvement was cut to only one passage. Since 2014, the organisation added the Alto de Murgil Tortorra within the last 10km of the race, killing any possibility of the win being decided by a sprint; it’s a short but very tough wall, 1800 metres long with an average gradient of 10.5%, and a maximum of 20%.

The 2019 edition of Clásica de San Sebastián went to its youngest ever winner; just 19 years old, the Belgian talent Remco Evenepoel was the best over the seven climbs and 227.3km. The highest point of the race comes on the top of Iturburu (2nd category up to 553 meters) after 60km, then in quick succession within just 25km there’s the Jaizkibel (1st category, 455 meters) and the Erlaitz (1st category, 497 meters), which is quite steep in its first 4km. Then, the final part of the race offers up the brutal Murgil Tortorra.

A race for Grand Tour winners

Usually the protagonists of the Clásica de San Sebastián are those who, until a few days before the race have been competing on the roads of the Tour de France, given the proximity of dates of the two competitions. There are many Klasikoa winners who also have a Grand Tour in their palmares. One of them is the first champion of the race as well as the rider who won the most editions: the Spaniard Marino Lejarreta captured the inaugural edition in 1981, then the next year’s edition after winning the Vuelta a España, and another victory in 1987. The Basque climber is one of the few riders to have won stages in the Giro d’Italia, Tour de France and La Vuelta a España and been able to finish in top 5 of all three Grand Tours.

Two Grand Tour winners have attacked solo on the infamous Jaizkibel, demonstrating their climbing skills and going on to win the Klasikoa. In 1990, Miguel Indurain was the rising star of Spanish cycling and after winning Pairs-Nice, and finishing 7th in La Vuelta and 10th in the Tour with the Luz-Ardiden stage, he attack on the toughest climb to earn the victory by the largest margin ever: Laurent Jalabert and Sean Kelly came home 2’24” after Miguelon.

The next year Indurain won the Tour de France and second place went to Gianni Bugno: in the Spanish race that followed, the Swiss-born Italian (UCI World Champion in 1991 and 1992) attacked on the Jaizkibel and finished 55 seconds ahead of Pedro Delgado. The Frenchman Laurent Jalabert, 1995 Vuelta champion, won two successive editions in 2001 and 2002 from a select group sprint formed after the climbs. Finally, the Spaniard Alejandro Valverde won twice: the first in 2008 one year before his only Vuelta crown, and the second time in 2014, at 34 becoming the oldest winner of the race.

Victories for the mountain specialists

Apart from the Grand Tour winners, who certainly combine excellent uphill performances with pace and strength over three weeks, many pure climbers have also written their name on the Clásica de San Sebastián honor roll. In both 1986 and 1993 climbers won after a two-man sprint, each with a compatriot breakaway companion: Basque Iñaki Gastón ahead of the multiple winner Lejarreta and then the Italian Claudio Chiappucci from Gianni Faresin.

The Italian climber Francesco Casagrande won in 1998 in a three-man sprint ahead of Belgian Axel Merckx and compatriot Leonardo Piepoli, then again the next year, arriving solo with 43 seconds to Belgium’s Rik Verbrugghe. In the last editions of the race, apart from Alejandro Valverde, other two mountain specialists won the Klasikoa arriving solo in San Sebastián:Adam Yates in 2015 with 15 seconds to the Belgian Philippe Gilbert, and Dutchman Bauke Mollema in 2016 with 17 seconds to Frenchman Tony Gallopin.