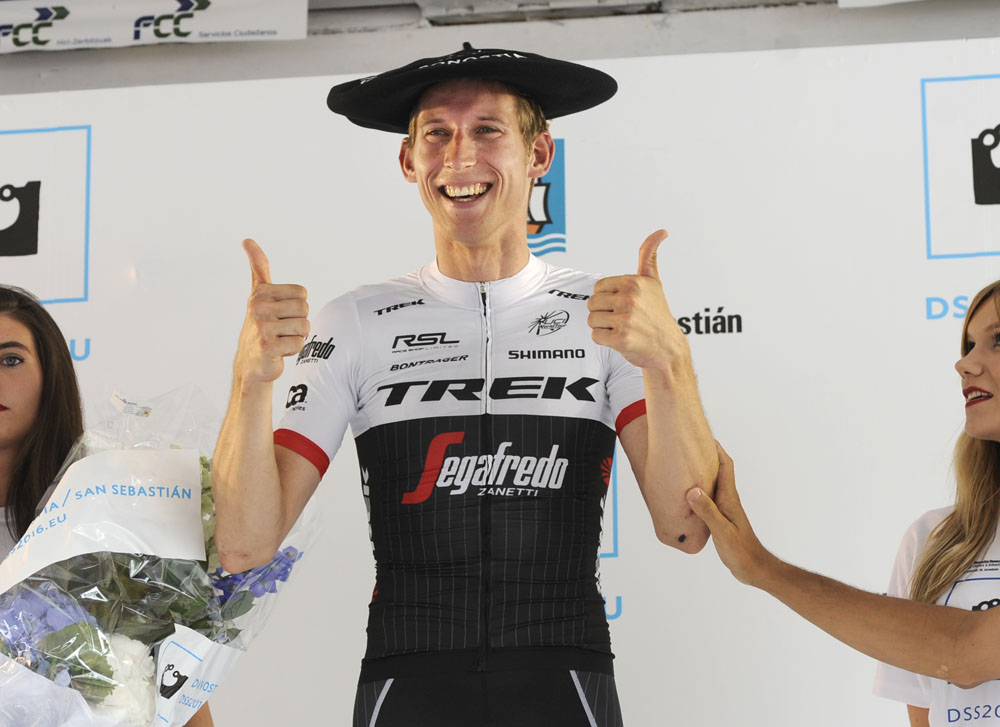 Bauke Mollema rebounded from the bitter disappointment one week ago when crashes ruined his podium chances at the Tour de France by soloing to his biggest, and first, WorldTour win in Clasica San Sebastian today.

“The last days of the Tour de France were really disappointing for me, and this was a good way to fight back,” said Mollema. “I recovered well from the Tour, and I am really happy to win, I have always loved this race and finished in the top 10. This is the first WorldTour classic I have won; I have always wanted to be on the podium of this race and have one of those Basque hats, and now I finally have one.”

The World Tour Classic, a 220-kilometer run through the Basque hills, all came down to the last, steep climb where four riders emerged at the top of the 1.8-kilometer ascent with gradients exceeding 20 percent: Mollema, Alejandro Valverde (Movistar), Tony Gallopin (Lotto Soudal) and Joaquim Rodriguez (Katusha).

Mollema, knowing he didn’t stand a chance if it came to a sprint, caught the other three by surprise by launching an immediate attack with just over eight kilometers to go.

Mollema’s advantage hovered around 10 seconds as the kilometers ticked away, and with three kilometers remaining it appeared the trio were about to tag him back. But no one wanted to make the last effort to close the gap, and his advantage grew again. Under the flamme rouge Mollema had 15 seconds, and in the final meters enough time to sit up and savor his first World Tour victory.

Gallopin won the sprint for second place ahead of Valverde, while Rodriguez missed the podium and settled for fourth.