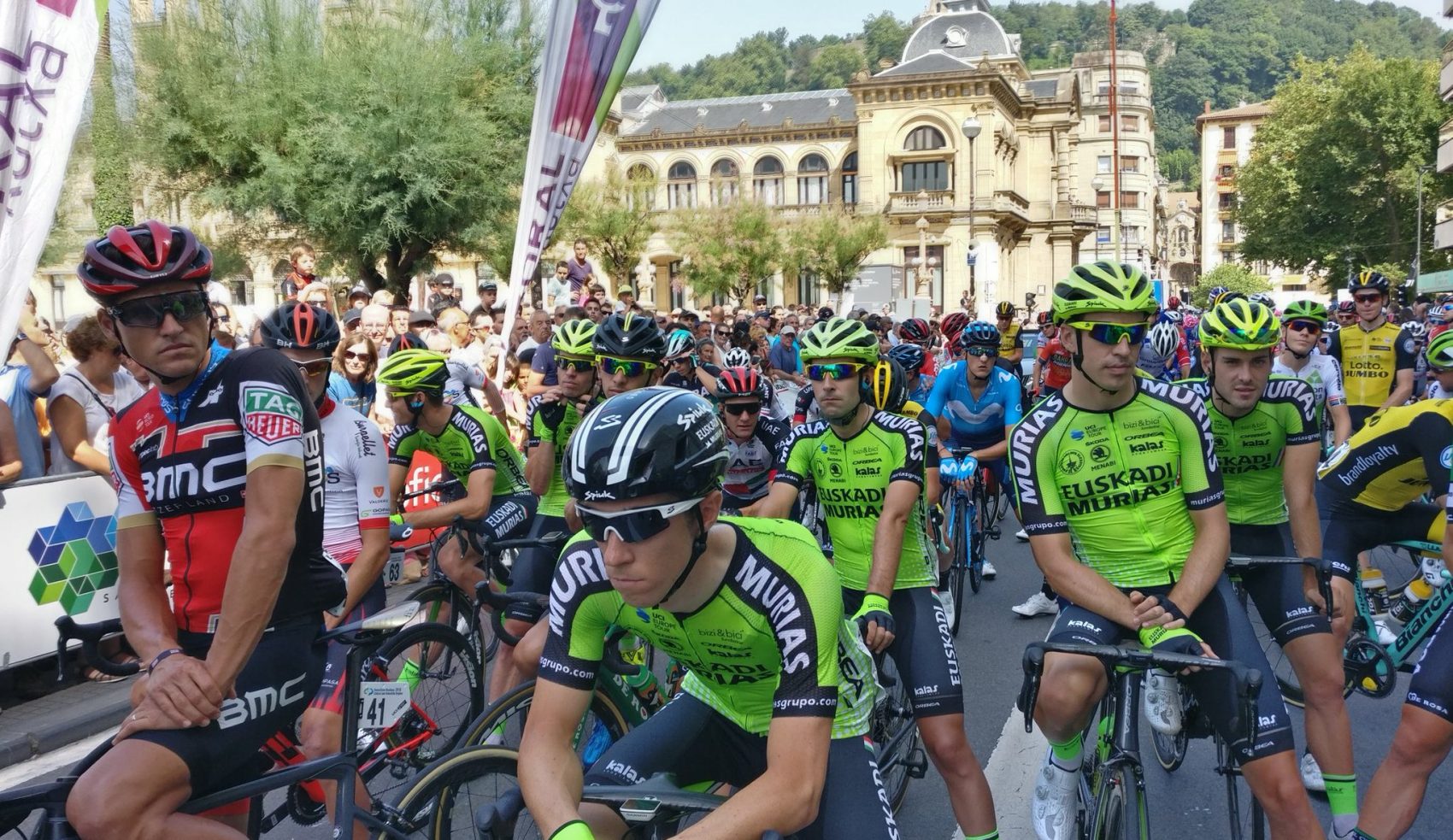 The duo escaped along the final climb with 8 kilometers to go, and remained outside the grasp of chase group that contained many of the day’s pre-race favorites, with Alaphilippe nixing his Dutch rival with a final surge for the line.

Meanwhile, Anthony Roux (Groupama-FDJ) rounded out the podium after finishing in third place, a further 16 seconds back.

The peloton was plagued by a major crash with 20 kilometers to go, claiming riders such as Mikel Landa (Movistar) and Egan Bernal (Team Sky), who were forced to abandon due to injuries.

Meanwhile, LottoNL-Jumbo’s Antwan Tolhoek commenced an attack along the early slopes of Alto de Murgil with about 9 kilometers to go.

As the gradient kicked up, he was joined by Groupama-FDJ’s Rudy Molard, opening up a slight lead over a small chase group of four riders.

Shortly thereafter, Mollema bridged his way to the two escapees, while Alaphilippe closely marked his move.

Mollena and Allaphilippe subsequently jettisoned Tolhoek and Molard, while the LottoNL-Jumbo rider, along with Greg Van Avermaet (BMC Racing) and Ion Izagirre (Bahrain-Merida), tried in earnest to regain contact with the two leaders during final kilometer to no avail.