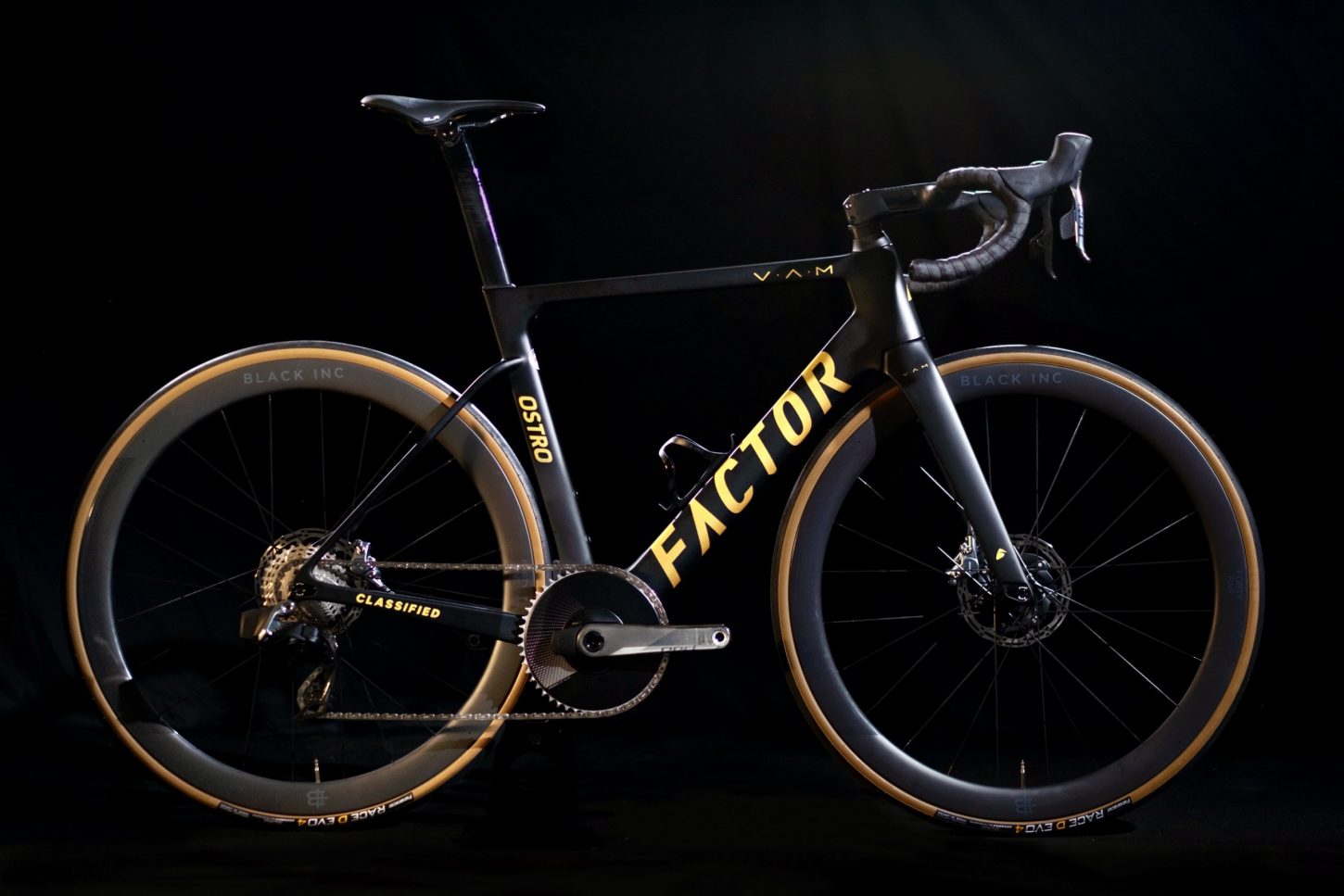 Classified and Factor have partnered on a limited edition version of the latter’s Ostro VAM road bike, dubbing it the Gold Standard as evidenced by the bike’s striking, golden paint scheme.

Classified’s innovative Powershift technology replaces the functionality of the front derailleur by incorporating its function into the rear hub, enabling cyclists to change gears instantaneously, under full load, with uncompromised ratio coverage and gear steps. Moreover, it’s compatible with all flat-mount disc brake-specific framesets with a 142mm standard hub width.

The Powershift Gold Edition hubs are limited to 100 pieces worldwide, with the first 25 assigned to Factor bikes, each of which have a unique laser-etched number.

Limited to just 25 bikes worldwide, each is equipped with a choice of SRAM drivetrains, as well as a CeramicSpeed OSPW in multiple configurations, with pricing starting at €10,699.