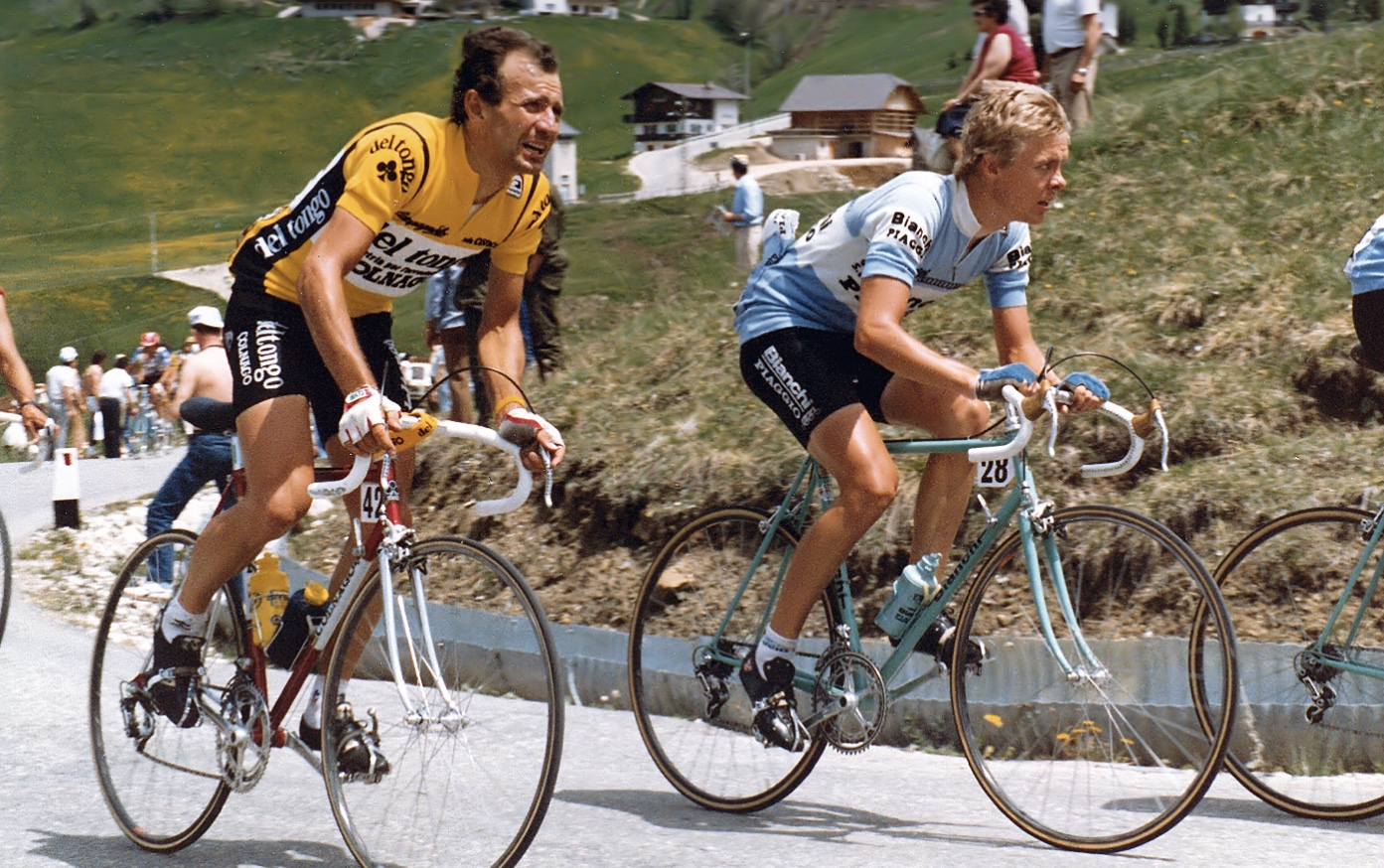 A belated happy birthday to Claudio Bortolotto, who was born on March 19, 1952.

The Italian rider is best known for being a consummate “climber” in his day, having won the Mountains Jersey in the Giro d’Italia three years in-a-row in 1979, 1980 and 1981.

While Bortolotto remains a somewhat obscure figure in cycling history, having ridden in the shadows of compatriots such as Felice Gimondi, Giovanni Battaglin, Marino Basso, Francesco Moser and Giuseppe Saronni, few riders can boast his achievement of winning the Mountains Jersey for three consecutive years, along with two top ten finishes in the Italian Grand Tour.

Bortolotto retired from racing in 1984 after a ten-year career, and resides in the Veneto region of Italy where he has born.