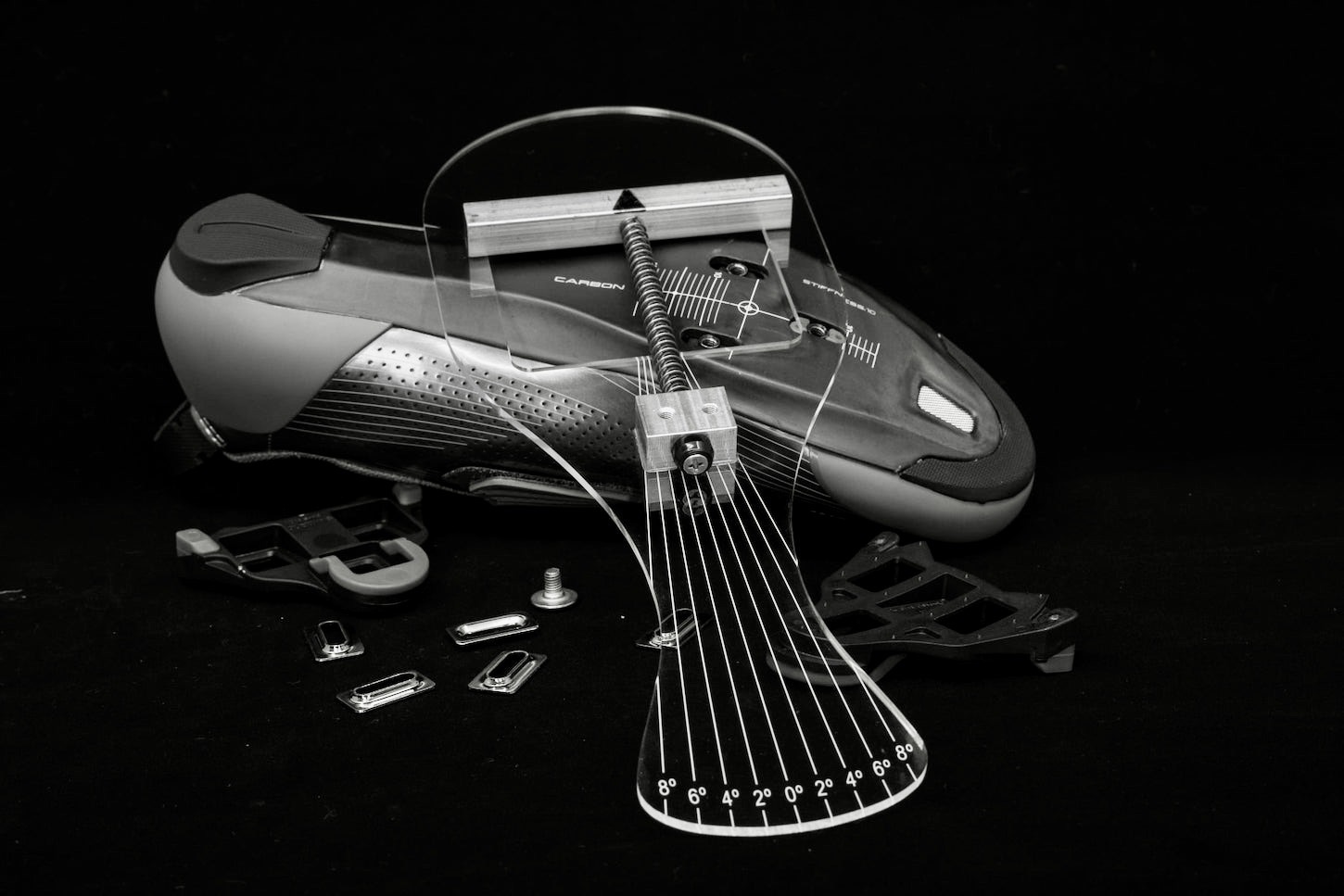 At last, there’s a new device called Cleat Key that’s designed to ensure the rider is at the right rotational angle when using Look and Shimano road pedals.

The Cleat Key was developed by Canadian cyclist and mechanical engineer Antony Pringle, which is made from lightweight, sturdy aircraft-grade 6061 aluminum and PMMA OM92 clear acrylic.

Relying on its own set-up protocols, the user starts by determining the correct fore/aft positioning of each cleat on its respective shoe, making sure the pedal axle passes through the middle of the ball of the foot. The cleats are then placed accordingly, but left loose so their rotational angle can still be adjusted.

Next, the user performs an exercise in which he or she softly jumps and lands with socking feet on either side of a straight line drawn on the floor.

By measuring the angle of each foot relative to the line (the “toe out” angle) and then dividing that number by three, the rotational angle at which each cleat should be set is given.

From there, the Cleat Key’s spring-loaded holder is placed around the cleat, while the whole device is rotated until a numerical angle marking on its rear end aligns with a dot that was previously drawn on the shoe to indicate the middle of the heel.

For instance, if the desired rotational angle is 4 degrees, the Cleat Key is turned until its 4º mark aligns with the dot on the shoe. The cleat is then simply tightened down.

The video below provides more details.

Pringle has turned to Kickstarter to finance production of the Cleat Key, offering early-backers a special price of HK$539 (about US$69).