Colnago to Sponsor WorldTour Team for 2017 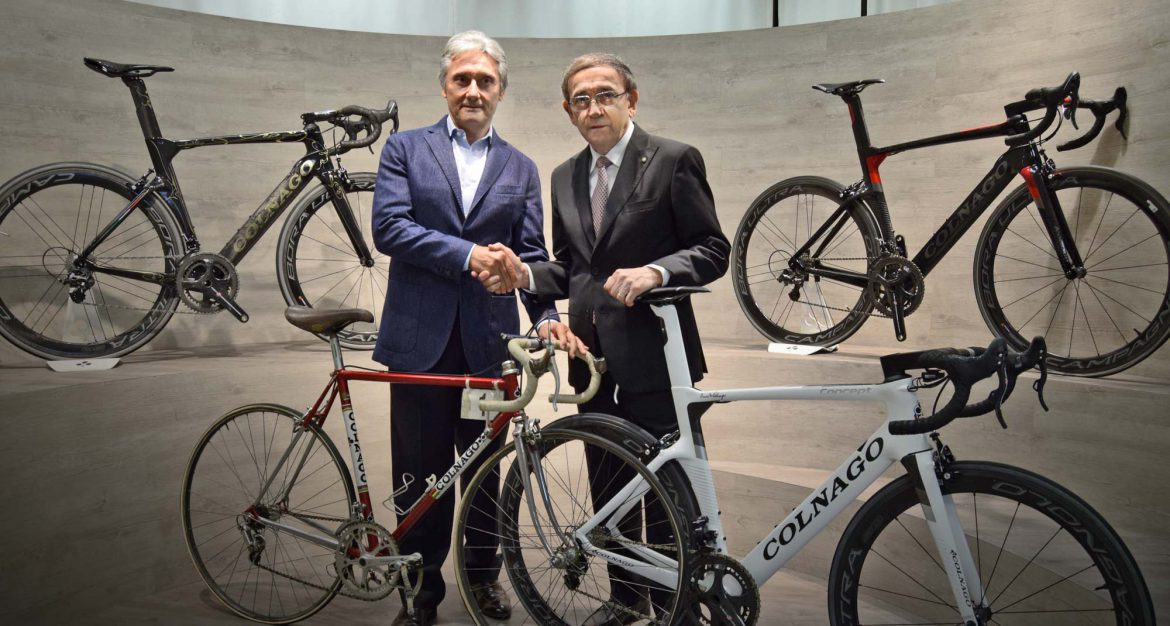 With the exception of a women’s road team and a cyclocross squad, Colnago has been all but absent from the pro peloton for years now – let alone the ranks of the WorldTour.

However, Colnago has reached an agreement to become the official bike sponsor for a new Chinese-backed team that will replace the current Italian Lampre-Merida outfit.

The existing Lampre-Merida team will be taken over by Chinese company TJ Sport Consultation and continue to be managed by Giuseppe Saronni, marking the first time a Chinese company has been involved on the WorldTour level.

Colnago announced its new partnership in a press release today …

More than forty years have passed since Ernesto Colnago, the world-renowned builder of high-end road-racing bicycles, and cycling champion Giuseppe Saronni collaborated for the first time.

From the beginning, Ernesto Colnago revolutionised the world of cycling with his strokes of genius, while Saronni won both his and Colnago’s most important races, riding the famous Ace of Club branded Cambiago bikes.

Colnago has continued to amaze the world of two-wheel racers by first developing carbon parts for the construction of bicycle frames, straight bladed forks, disc brakes and more. Meanwhile, Saronni has also become a capable and successful manager.

The prospect that one of the up-and-coming WorldTour teams will be supported by these two important figureheads is both exciting and exhilarating. Colnago and Saronni continue to represent Italy, a nation that still wants to be a competitor in the world of cycling thanks to its skills, expertise and experience – virtues that rise above any technological development.

The four-year project, in collaboration with TJ Sport Consultation, will see the debut of the first Chinese backed cycling team in the World tour, where Colnago will, once again, mark the future of cycling.