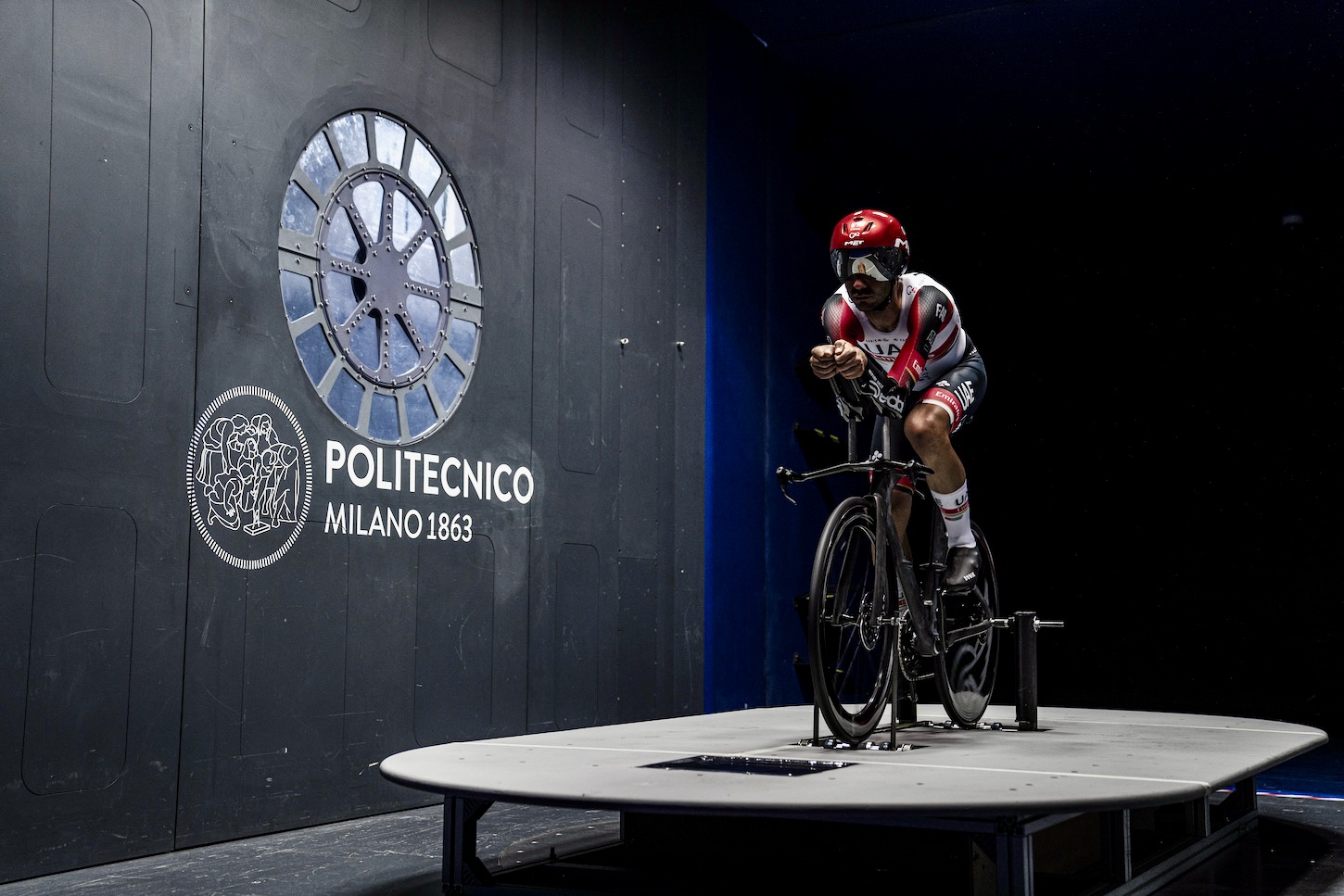 04 May 2022
By Gianni Pericolo - In FEATURED ARTICLES, LATEST ARTICLES, THE DOUBLE DIAMOND

Developed in collaboration with its sponsored UAE Team Emirates, Colnago has unveiled its latest time trial bike called the TT1, boasting better aerodynamics, revised component integration and safety just in time for the start of this year’s Giro d’Italia.

“UAE Team Emirates is our top priority and we are focused on doing our best to contribute to their performances. The TT1 is both rich in technological advancements and aesthetically appealing, therefore in line with the Colnago brand, always looking to create iconic and desirable bikes,” says Nicola Rosin, Colnago CEO.

“I’m really excited to see the new Colnago TT1. I know Colnago has been working on it for a long time and I think it will be a big improvement and step forward. Time trialing is obviously a big passion of mine so I’ve given them some feedback on some things and the first signs are positive. I’m really looking forward to riding the TT1 and putting it through its paces, ” adds Mikkel Bjerg, three-time UCI U23 ITT World Champion and one of the UAE Team Emirates riders most involved in the project.

The TT1 features hydraulic disc brakes and front and rear thru axles, the first Colnago time trail bike to use a disc braking system, along with full internal hose and cable routing, resulting in what the iconic Italian brand claims is a minimal weight gain over its predecessor.

Other features the highlight the TT1 include use of a hinged fork, resulting in better air flow, as well as improved torsional rigidity, and a new monocoque handlebar that’s lighter, more rigid and more aerodynamic than previous models.

Designed to work with Colnago’s yet to be released aero cockpit, the bar is also compatible with other popular aftermarket options like the Deda Jet One.

To further cheat the wind, Colnago engineers developed a prototype bottle holder and bottle kit in partnership with Elite, which is integrated into the bottom triangle of the frame that has a capacity of 500ml.

Naturally, rider position was also a key consideration when developing the TT1, opting for a shorten head tube that relies on the use spacers to optimize the rider’s position, resulting in better airflow due to a less voluminous frame.

Additionally, gone is a sloping top tube design in favor of a horizontal configuration, a decision that Colnago says led to better aerodynamics and compatibility with electronic groupsets.

Colnago says the TT1 is currently only approved for racing as a prototype with cycling’s governing body – the UCI.

However, after additional modifications, Colnago says the TT1 will become available in autumn of this year – with pricing to be announced.