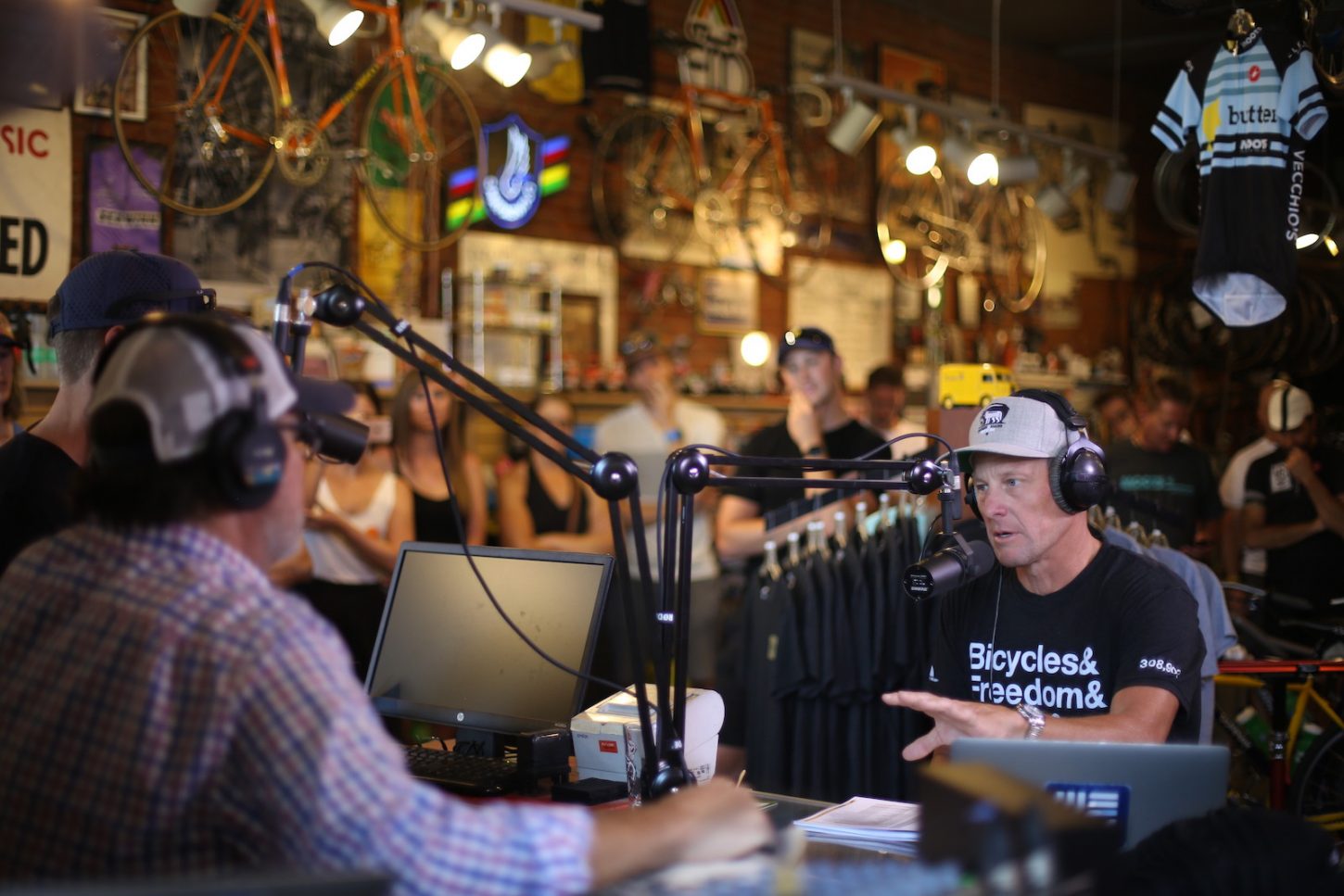 Organizers for the Colorado Classic have decide to forgo its partnership with Lance Armstrong to host a series of podcasts this month’s inaugural race, but the disgraced cyclist still has plans to go forward with his popular “Stages” cycling podcast from a Denver winery.

Organizers abandoned a marketing partnership with the Armstrong after the U.S. Anti-Doping Agency, which spent years relentlessly investigating allegations that the defrocked Tour de France winner  was doping,  raised concerns that the deal might be a violation of the admitted doper’s lifetime ban from pro cycling.

Had the organizers gone forward with the deal, which would have provided support for production and travel expenses for Armstrong to travel to Colorado Springs, Breckenridge and Denver for live-stream podcasts from his Airstream studio, the race could lose its international sanctioning, a fatal blow that would likely pull top cyclists from the race roster.

“In light of concerns expressed by USADA, we came to a mutual agreement that it is in the best interest of the Colorado Classic to cancel the marketing partnership with the ‘Stages’ podcast,” race spokesman Ben Davis said.

Davis said organizers “welcome all media outlets,” but the deal with Armstrong’s nascent “Stages”, which he debuted during last month’s Tour de France, harvesting more than 5 million downloads, raise the ire of USADA. Last week, when race organizer RPM Events announced they had enlisted Armstrong to follow the race with Austin radio personality JB Hager, the agency called RPM to share the rules behind Armstrong’s ban.

Those rules prevent banned athletes from “participating in any activity or competition” hosted by a group that falls under the agency’s anti-doping regulation.

Armstrong on Tuesday said, via text, he was absolutely moving forward with the podcast.

“1,000 percent,” he said. “We’re posting up at the Infinite Monkey Theorem all four days.”

Armstrong will move his Airstream studio into the courtyard at the urban winery in Denver’s River North neighborhood, where the Colorado Classic’s final two stages will merge with the Velorama music, food and beer festival. About 30 minutes after each stage ends Thursday through Sunday, Armstrong and Hager will live stream their perspectives and insights on the race.

Ben Parsons, who founded the Infinite Monkey Theorem winery in a garage off Santa Fe Drive in 2008 and has since boosted awareness of both Colorado wines and hip spots in RiNo with his sprawling winery, said members of his team are close with Armstrong’s new wife Anna Hansen.

“He’s a huge wine buff,” Parsons said. “It just seemed like a good fit to have him here during the event. The podcast is very interesting. Some people will love him or hate him but he’s a guy who has shown resiliency and character. I don’t have an opinion one way or another about all that … but it will be good for the winery.”

Race organizers said they reached out to Armstrong after the July success of his podcast to get him to follow the Colorado Classic.

“He, without a doubt, has the biggest audience in cycling,” Colorado bike cheerleader Ken Gart said last week, hoping that Armstrong could reach bike racing fans around the globe. “This will help us connect with that serious cycling audience.”

Last week Armstrong told The Denver Post he was surprised by the response to “Stages,” which ranked as a top iTunes podcast in July. He said listeners seemed to like “the rawness of it.”

“I think having a raw, totally transparent view of the race as opposed to what’s out there that’s pretty traditional and corporate and filtered,” Armstrong said of “Stages,” which he broadcast during the Tour de France from his homes in Austin and Aspen. “I’m not beholden to anybody. There’s not a sponsor. I get to say whatever I want to say. It’s not that I don’t care, but I’m not anybody’s lapdog.”