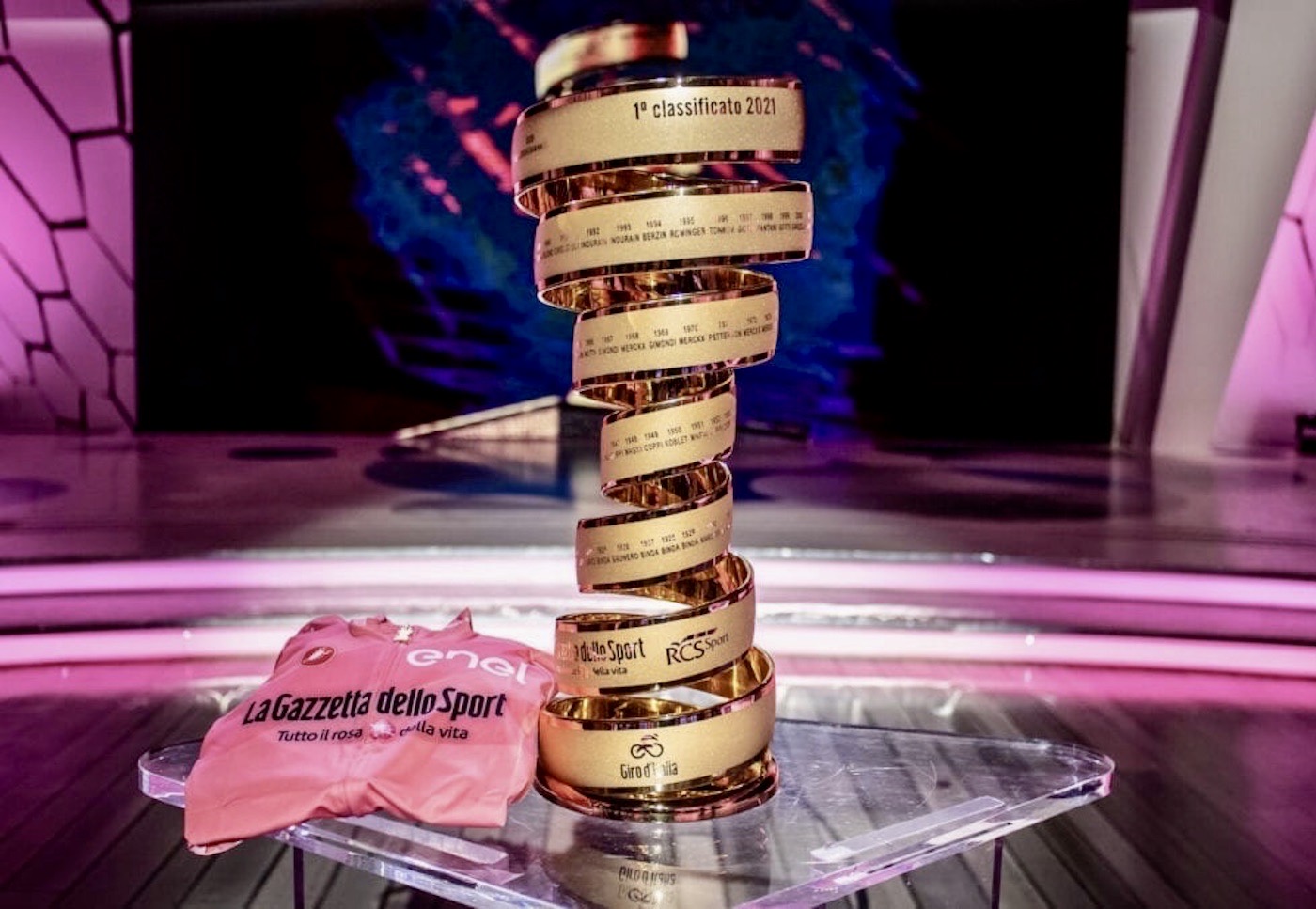 Organizers of the Giro d’Italia released the full details of the Italian Grand Tour today, which will include seven sprint stages, six hilly stages, six mountain stages and two time trials equaling 26 kilometers. The start, or grande partenza, is in Hungary, where the race will stay for three days before transferring to Sicily for three more days and then a transfer to the toe of the boot on the mainland

There will be a GC tussle right from Stage 1 as the day climaxes on an uphill finish. The next day in Budapest the fight for pink continues with the first of the time trials, a 9.2 km affair. The first rest day says ciao to Hungary and, er, ciao to Sicily, where the race was supposed to start this year. For the second time in three editions, there will be a summit finish on Mount Etna. Sprinters and puncheurs will get their chances in Sicily and the toe of the boot once the race jumps over to the mainland. There’s a transfer to Napoli and another the next day to Isernia, the start town for the ninth stage, which climaxes on the mighty Blockhaus climb.

The second week doesn’t arrest the eye, but the GC men have to be sure its mixture of sprint stages and hilly stages won’t lull them to sleep. Stage 15 ends the week in the Alps, where three Cat. 1 climbs are shoehorned into the final 80 km.

The organizers have decided to go all out in the final week, with the queen stage leading off the third act. Riders will have the mighty Mortirolo to climb on their way to the Cat. 1 Santa Cristina climb leading to Aprica. Stage 17 also has a Cat. 1 climb peaking near the finish. An uphill finish concludes a hilly day from Marano Lagunare to Castelmonte. The final mountain stage is in the Dolomites, where riders will face the Passo San Pellegrino, the highest point of the race Passo Pordoi, and then the fearsome Passo Fedaia to Marmolada

The concluding time trial in Verona has its midway point situated at the peak of the Cat. 4 Torricella Massamiliana.