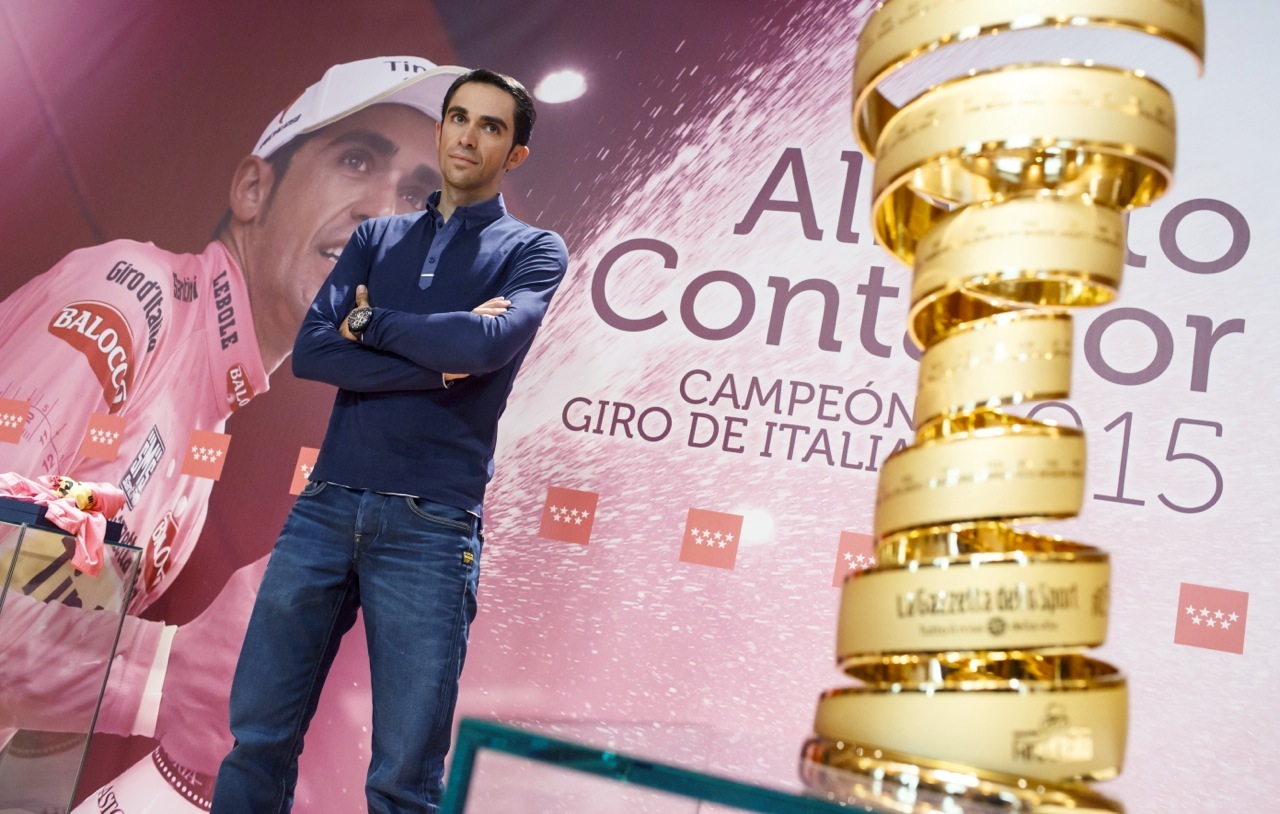 Hundreds of loyal fans descended upon the town square of Pinto, Spain today, to celebrate the return of this year’s Giro d’Italia champion Alberto Contador.

Contador sealed his victory in the Italian Grand Tour on Sunday, after finishing almost two minutes ahead of his arch rival – Fabio Aru (Astana).

However, the maglia rosa didn’t come easy for Contador, as the Spanish rider was forced to overcome a few setbacks on his way to victory in Milan.

Indeed, a crash during stage 6 left the Tinoff-Saxo rider with a dislocated shoulder, subsequently forcing him to forfeit the pink jersey to Aru. Other challenges included, mechanical failures, which left him struggling to make up lost time on his rivals.

In the end however, Contador proved victorious, having laid the ground work for a potential Grand Tour double, with the Tour de France getting underway next month.

Who know’s, Contador may even go on to achieve the Holy Trinity of cycling – a Giro, Tour and Vuelta victory all in the same year.