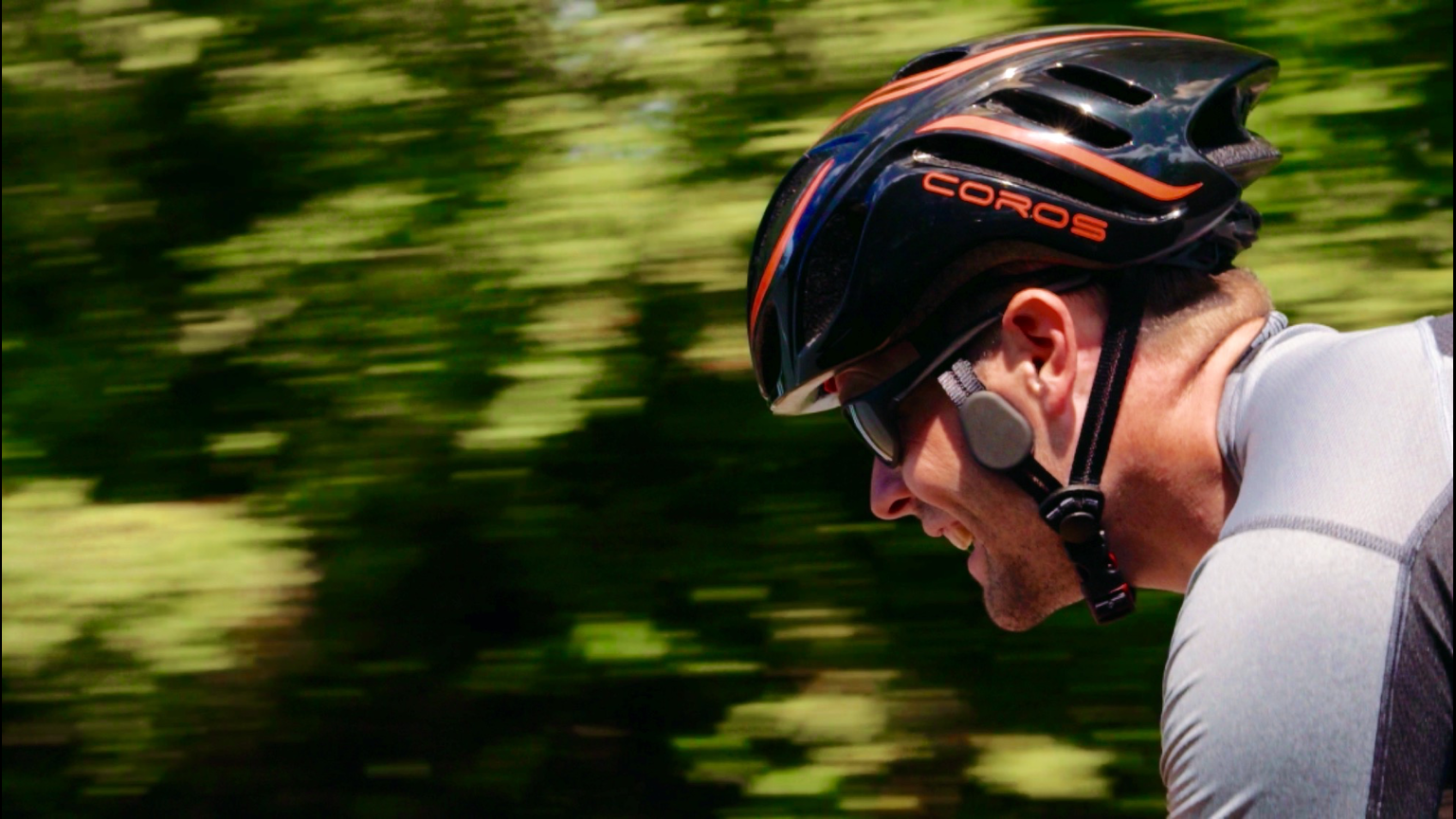 The Seattle-based startup Coros has brought smart technology and safety to its LINX helmet like no other.

Indeed, the LINX helmet-app combo is designed to allow cyclists the ability to listen to music, take calls, get turn-by turn directions and track their ride data, using bone conduction transducers that are capable of delivering audio without cancelling out surrounding sound that’s vital to a cyclist’s safety.

Bone conduction works by converting sounds into vibrations. In this case, the vibrations are sent through the cyclist’s skull bone and quickly transmitted to his or her inner ear.

As a result, the LINX can be used to safely listen to music and navigate a ride from either an IOS or Android phone, without impeding a cyclist’s ability to remained focused on his or her surroundings.

There’s also a microphone for answering calls, as well as the ability to change songs and adjust the volume through a smart remote that’s  mounted on the handlebars.

There’s also a special sensor on the back of the helmet that will send an alert in the form of a text message to a contact person in the event of an accident.

The helmet itself is indistinguishable from other modern helmets, featuring a sleek aerodynamic profile that meets or exceeds all applicable safety standards. In fact, the only distinguishing feature about the LINX, are the bone conduction speakers that are incorporated into the helmet’s chinstrap.

Other features of the app include, the ability to set-up routes ahead of time so cyclists can get turn-by-turn directions, and give alerts when they’ve reached certain distance markers.

Additionally, Coros says, sharing rides amongst other cyclists via a ghost-racing function like Strava, is planned as well.

Lastly, the LINX also has a walkie-talkie function that can link to multiple other helmets, which can prove handy for group rides or coordinating  communication amongst members of a race team – allowing up to 10 hours of use on a single charge.

Coros recently finished up a successful crowd-funding campaign on Kickstarter, which is now set to put the LINX into full production.