The team time trial was back at the Critérium du Dauphiné after 35 years!

Team time trial world champions BMC Racing Team justified their reputation as they also won today’s TTT that hadn’t been part of the history of the Dauphiné for 35 years. They reinstated Australia’s Rohan Dennis in the lead exactly two years after he took the command of the race through an individual time trial. Along with his team-mate Tejay van Garderen, he’s four seconds ahead of Tour de France champion Vincenzo Nibali whose Astana team did great while Team Sky lost 35 seconds as well as Peter Kennaugh’s yellow-blue jersey.

FDJ was the first team in action but the third one quickly set the best time at the check point of Le Perreux, km 14, and on the finishing, and that was world champions BMC Racing Team. After half way, they were four seconds ahead of Astana and the exact same number separated the two squads on the finishing line. Both BMC and Astana deplored to have lost some team-mates too early, as the likes of Manuel Quinziato and Dimitri Gruzdev couldn’t hold the pace of their leaders after forcing in the technical early part of the course.

Quinziato was the highest ranked of the BMC riders so Rohan Dennis became the virtual leader once Team Sky appeared at the check point with a deficit of 17 seconds. Second highest ranked BMC rider Michael Schär was also not part of the quintet that scored the victory. While the other specialists, Movistar, Etixx-Quick Step and Orica-GreenEdge, positioned themselves behind BMC and Astana, only Cannondale-Garmin and Team Sky represented a potential threat but the American team looked pretty disorganized and the British outfit was already 17 seconds down at km 14.

A significant defeat for Team Sky

Reduced to six riders, Team Sky kept losing time in the second half to finish sixth with a deficit of 35 seconds. On the eve of the race, Kennaugh saw no reason why they wouldn’t win it. Dennis, also the best young rider in the race, is back in the yellow-blue jersey while Daniel Teklehaimanot (MTN-Qhubeka) retained the polka dot jersey and Nacer Bouhanni (Cofidis) exchanged the white jersey by the green one as Sacha Modolo (Lampre-Merida) abandoned the Dauphiné prior to stage 3. 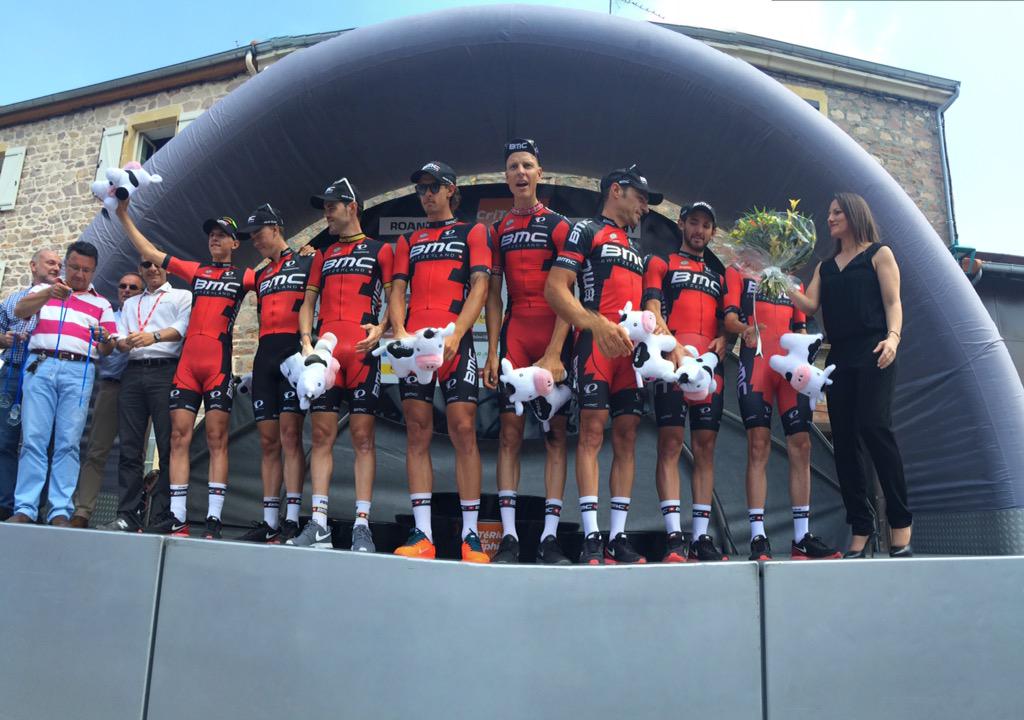