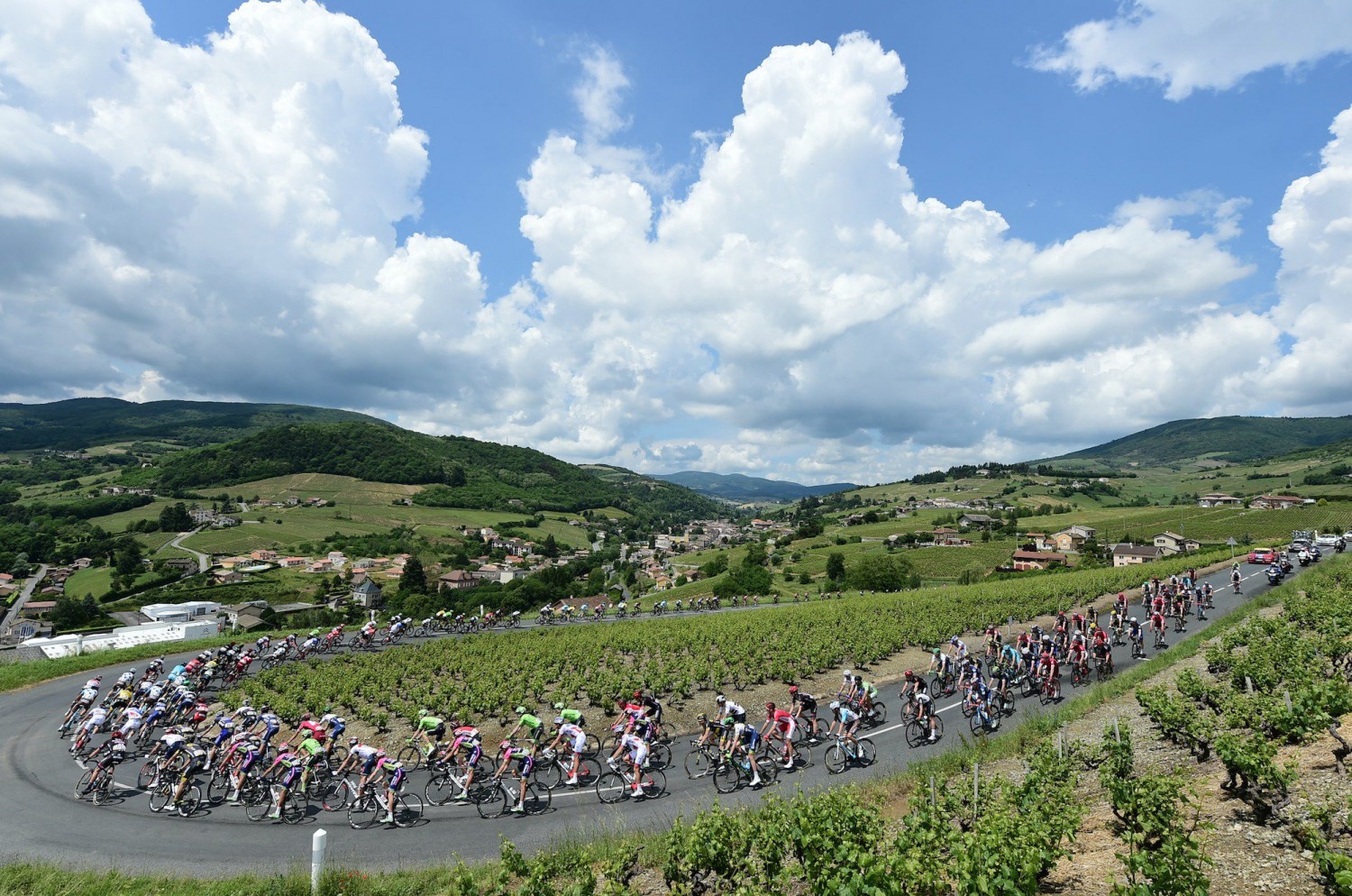 Jesus Herrada (Movistar) claimed stage 2 of the Criterium du Dauphine in Chalmazel – Jeansagnière today, with a surprise late attack during the final uphill finish to claim the stage honors ahead of Tony Galloping (Lotto-Soudal) and Serge Pauwels (Dimension Data).

The Spanish rider and the rest of the peloton managed to catch Gallopin, Fabrice Jeandeboz (Direct Energie) and Pauwels, overtaking them during the closing 50 meters.

Meanwhile, Alberto Contador finished safely in the peloton to retain his lead in the overall race, with a 6 second advantage over Ritchie Porte (BMC Racing), followed by Chris Froome (Team Sky) – a further 3 seconds back.

Back in the peloton, Michal Kwiatkowski briefly jumped away, only to be joined by Jeandeboz and Pauwels, before retreating back into the main field.

Jeandeboz and Pauwels were joined by Huzarski as they caught Gougeard, who couldn’t hold the wheel of the group as he was swept up, and Gallopin also joined them 30 seconds ahead of the peloton.

As the four riders tackled the 6 kilometer climb to the finish in Chalmazal, Tinkoff hit the front of the peloton in order to avoid race leader Alberto Contador losing time.

At opposing ends of the peloton, Mikel Landa attacked for Team Sky as his teammate Wout Poels surprisingly dropped off the back. As Daniel Navarro (Cofidis) attacked when the group was back together, it was Sergio Henao‘s turn to follow up the road for Sky and the pair opened up a slender lead, but it wouldn’t last for long.

Joaquim Rodriguez (Katusha) was one of the big name riders to try his luck, but the Spanish rider quickly began to fade toward the end, allowing Moreno and Herrada to catch and pass the three riders ahead.

Pauwels, Jeandeboz and Gallopin tried to hang on to the Movistar duo,  but ultimately couldn’t pull back Herrada, who went on to seize the victory by two seconds.