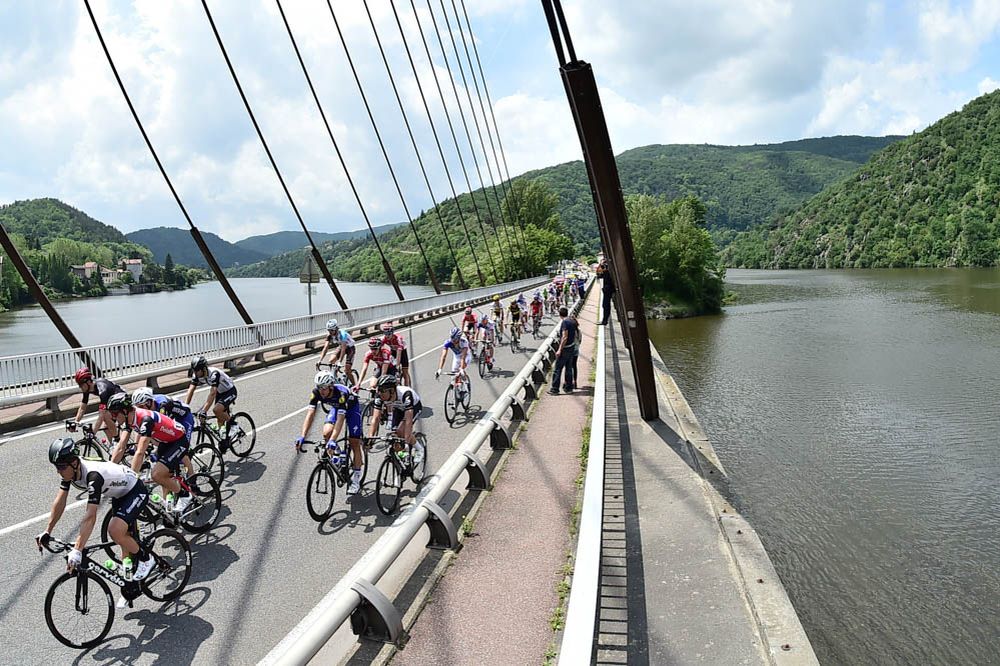 Fabio Aru (Astana) claimed stage 3 of the Criterium du Dauphiné today, after the Italian rider attacked out of a nine-man breakaway group along the day’s final Category 2 climb, and succeeded in holding-off the peloton during the final 11 kilometers to claim a solo victory in Tournon-Sur Rhône, France.

Meanwhile, Katusha’s Alexander Kristoff finished second in the bunch sprint, followed by Trek-Segafredo’s Niccolo Bonifazio, who rounded out the podium in third spot.

The day’s main breakaway effort was comprised of Niki Terpstra (Etixx-Quick Step), Thomas De Gendt (Lotto-Soudal) and Dimitri Claeys (Wanty Grouvpe-Gobert), who managed to get away early on in today’s stage – subsequently building up a considerable advantage of almost six minutes over the peloton.

However, their lead would continue to diminish over time, with Cyril Gautier (Ag2r La Mondiale) and Perrig Quémeneur (Direct Energie) eventually bridging their way to the lead trio.

Gautier managed to stay on terms with the three leaders, while Quémeneur lost contact. However, the group was ultimately caught by the peloton before the final climb of the Côte de Sécheras with 26 kilometers  to go.

From there, Tony Martin (Etixx-Quick Step) became the day’s protagonist, after he managed to ride clear during the final climb.

However, this only served to instigate Aru and a small group riders which included Adam Yates (Orica-GreenEdge) and Mikel Landa (Team Sky), to bridge their way to the German rider.

Once the group made the catch, Aru initiated his winning move, which saw the Italian rider risk all during the final, challenging descent.

As Aru hit the final flat run-in toward the finish Tournon-sur-Rhône, it became apparent that he would hold on just enough to fend-off an encroaching peloton that was being led by the likes of Nacer Bouhanni (Cofidis) and Alexander Kristoff.

Meanwhile, Contador held on to his six second lead over Richie Porte (BMC) in the overall standings, after managing to finish safely within the main bunch – along with third place Chris Froome (Team Sky).