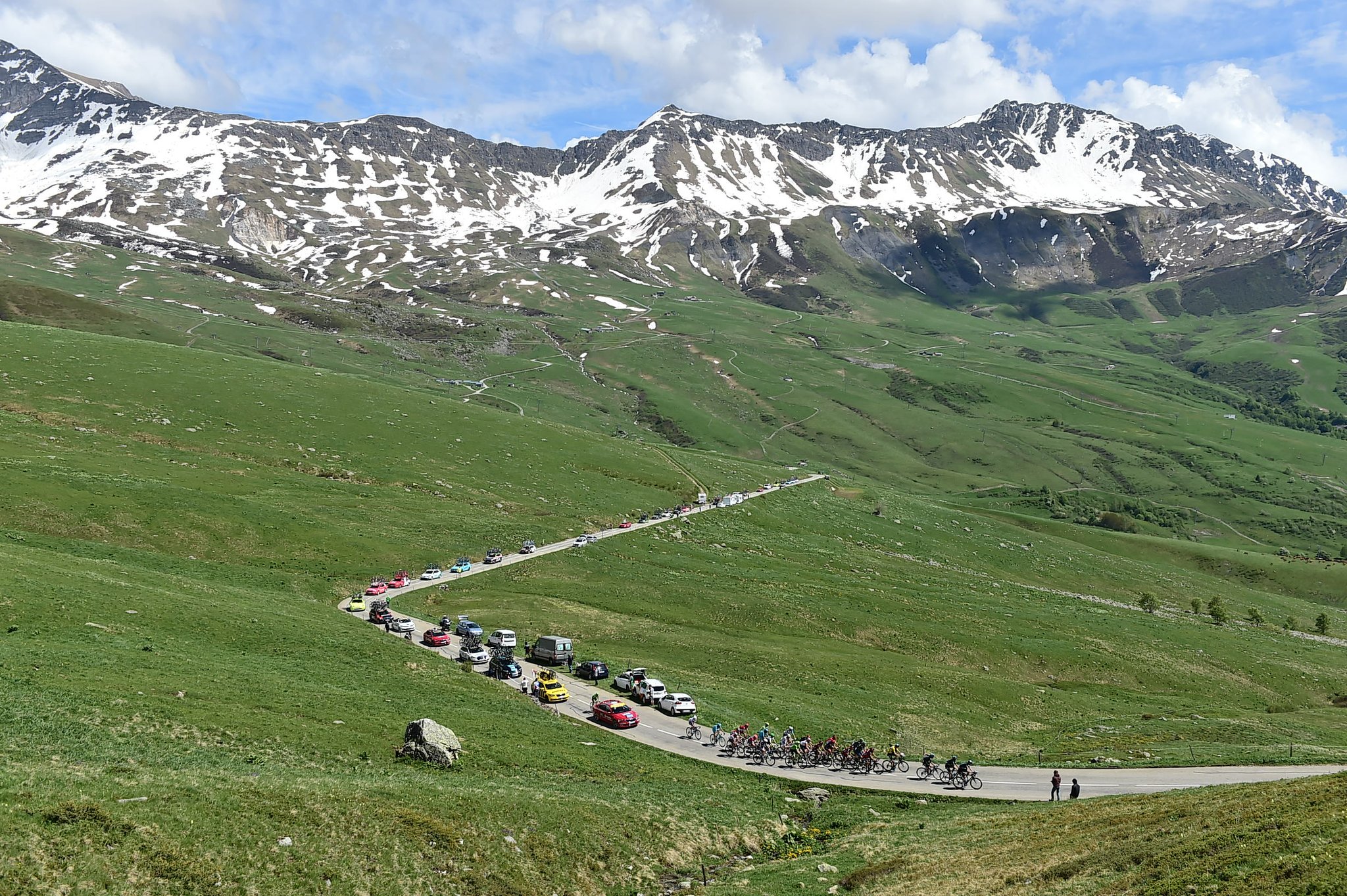 Great show by the French climbers on the queen stage of the 68th Critérium du Dauphiné. Thibaut Pinot outsprinted Romain Bardet in Méribel after cresting the grueling col de la Madeleine in first position but Chris Froome limited the losses to retain the yellow-blue jersey by a margin of 21 seconds over Richie Porte and Bardet.

Contador on the attack up to La Madeleine

At the foot of the col de la Madeleine, Alberto Contador and Jesper Hansen (Tinkoff) attacked together with Fabio Aru (Astana), Joaquim Rodriguez (Katusha), Dayer Quintana (Movistar) and Björn Thurau (Wanty-Groupe Gobert). They were eventually reeled in and Contador accelerated again less than 2km before the summit where Pinot took the first position of the only hors-category climb of the 68th Critérium du Dauphiné but he was quickly distanced by Chérel and Vervaeke in the descent. Froome and Contador crested la Madeleine together, 1.22 behind Pinot. In the downhill, Aru and Romain Bardet (AG2R-La Mondiale) made it across to Pinot’s group. After Chérel, Vervaeke and Pauwels formed a leading trio for a while, 19 riders gathered at the front to start climbing the Montée des Frasses. Pinot was first again at the top.

Ten riders reached the final hill to Méribel at the front with an advantage of almost three minutes over the main peloton led by Team Sky: Hermans, Kiserlovski, Kreuziger, Pinot, De Plus, Bardet, Chérel, Bakelants, Van den Broeck and Bennett. Bardet attacked with 10km to go. Pinot rejoined him to form a leading duo 8km before the finishing line. Bardet attacked his compatriot with 3km to go but didn’t manage to drop him off. As a result of that move, Pinot let his rival do most of the work, which possibly deprived Bardet of the yellow-blue jersey saved by Chris Froome for 21 seconds. France hadn’t made a 1-2 at the Dauphiné since Nicolas Vogondy preceded Romain Sicard in Risoul in 2010. Pinot’s first ever win at the Dauphiné is his fifth of the year after two stages and GC at the Critérium International and the time trial of the Tour de Romandie.