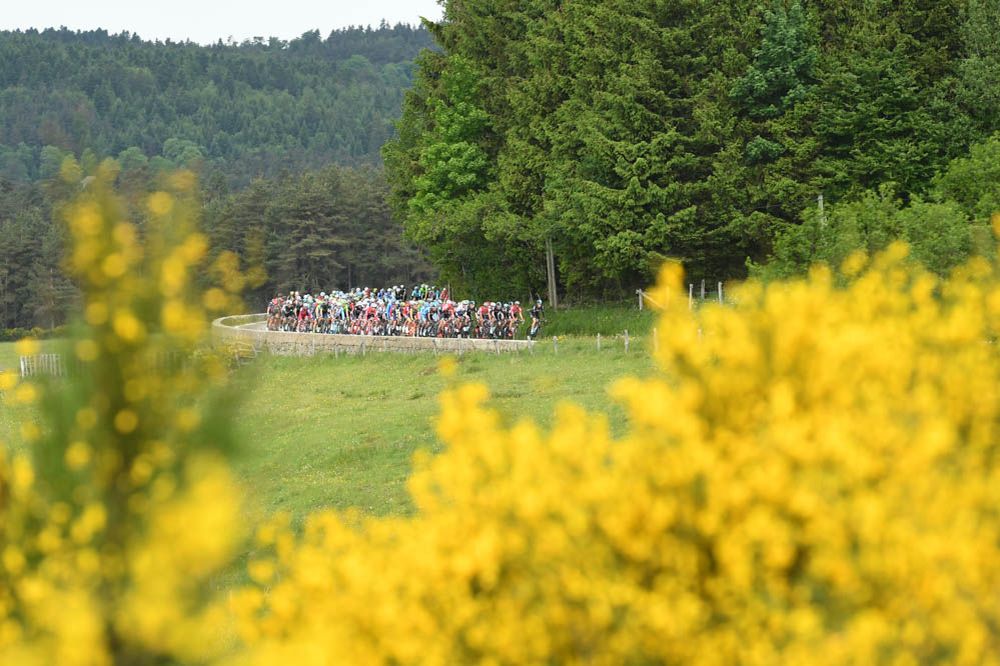 Koen Bouwman emerged from a six-man breakaway to win Tuesday’s 184km third stage of the Critérium du Dauphiné as the favorites kept their powder dry.

Meanwhile, Thomas de Gendt held onto the leader’s yellow jersey ahead of Wednesday’s 23.5 kilometer time-trial, which should see a major shake-up in the overall standings.

The sprint teams were hoping to dominate on the 184km stage from Le Chambon-sur-Lignon to Tullins, but miscalculated the strength of the six-man break who held on in strong headwinds at the finish.

However, Bouwman burst clear on the final straight to win ahead of Delko Marseille Provence’s Evaldas Siskevicius, while stage two winner Arnaud Demare (FDJ) beat Bryan Coquard (Direct-Energie) in the battle for minor places at the front of the peloton 11 seconds later.

Despite a fast start to proceedings, the gap was more six-and-a-half minutes for much of the stage, with Bouwman – wearing the polka dot jersey as he trails De Gendt in the mountains classification – adding more climbing points to his total.

Lotto-Soudal led the bunch, meanwhile, with Pacher starting the day 5:57 in arrears to the Belgian, and therefore virtual leader as it stood.

The sprint teams also lent a hand to the chase, and the peloton looked in control once they started to turn the screw, with FDJ, Cofidis and Katusha-Alpecin all planting riders on the front.

Not even a brief, and somewhat bizarre, flurry of riders dismounting on a tight bend managed to derail the chase and the gap was down to 2:15 as they crested the Cote des Garrets.

A fast tempo, coupled with the tight twists and turns en route to Tullins saw their momentum stall a little, however, as the gap hung around the 90-second mark with just 15km to race.

When that still stood at one minute with six kilometers to go, the breakaway sensed their chance and all six continued to put a shift in to keep the peloton at bay.

With the GC teams looking to protect their leaders, the sprint teams struggled to retain control on the front of the bunch too, handing the initiative to the escapees.

The six were still together under the flamme rouge with Vermeulen on the front, controlling proceedings for Bouwman.

And his team-mate repaid his efforts by accelerating away and claiming victory, just as the peloton became visible in the distance.

Demare led them over, but it was only good enough for seventh place – a missed opportunity for the fast men, who now have just one more stage, stage five, to bag a pre-Tour victory.