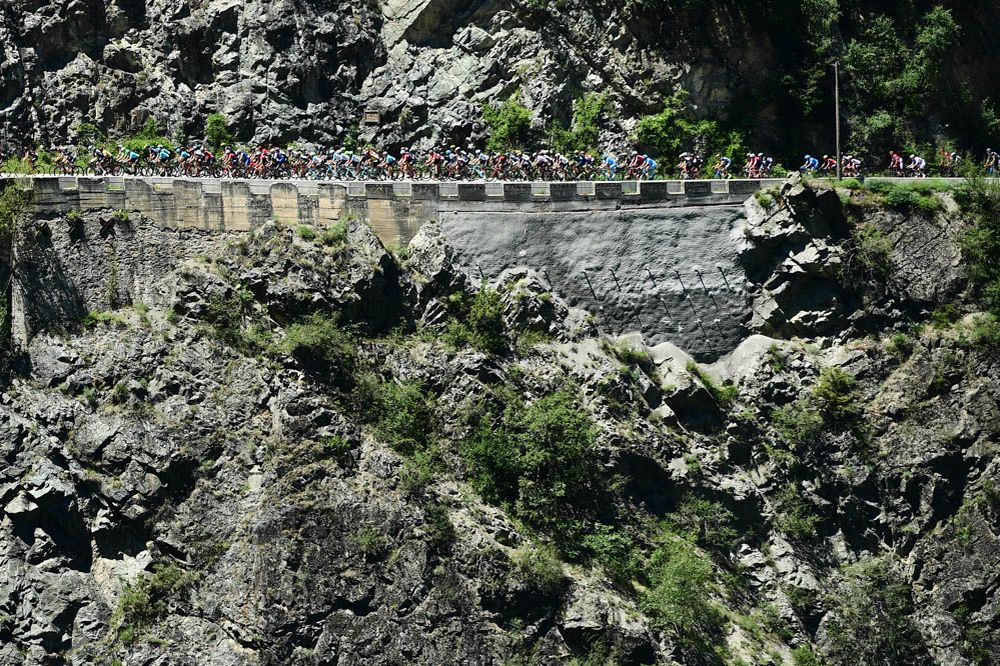 Kennaugh and Swift had been part of a large breakaway group earlier in the day, who were able to distance their rivals on the slopes of the Col de Sarenne as they headed toward the final climb of Alpe d’Huez.

However, Swift was unable to stay on terms with Kennaugh during the final 3.3 kilometers of  Alpe d’Huez, giving the Sky  rider the opportunity to open up a slight gap to ultimately claim victory by 13 seconds.

After a number of attacks along the final ascent, Froome found himself distanced by leader Richie Porte (BMC Racing), after the Australian rider rode clear along with Jakob Fuglsang (Astana), which saw then defensing champion lose 25 seconds to his main rival and slip 1:02 in the overall general classification.

“Mentally, it was a bit of an unknown,” Froome said. “I’ve never done that descent before, I’ve never seen it.

“There’s been so much made of that descent. About how dangerous it was. When I went for it, I thought, ‘This can go one of two ways here.’

“Honestly, it was quite a bit fun, like playing a computer game around all the corners.”

A large breakaway group came to form during the opening kilometers of today’s stage, which included eventually winner Kennaugh, Swift, Diego Ulissi (UAE) and Alexis Vuillermoz (AG2R), while Koen Bouwman of LottoNL-Jumbo once again collected the maximum mountain points to further secure the KOM jersey – before getting dropped from the group.

As BMC was setting the pace in the peloton, the speed at the front proved too much for many and by the time they reached the foot of the Col de Sarenne, only Kennaugh, Jelle Vanendert (Lotto-Soudal), Swift and Delio Fernandez Cruz (Delko Marseille Provence KTM) were still left in the lead group.

Ulissi and Movistar’s Jesus Herrada Lopez managed to find their way back to the front group along the climb, while the gap over the peloton continued to remain at around three and a half minutes.

Kennaugh and Swift eventually jettisoned their breakaway companions with around 16 kilometers to go, while other race favorites like Romain Bardet tried to bridge their way to the leaders in earnest.

Some action also came from Alejandro Valverde (Movistar), who decided to attack shortly before the summit, but his efforts were quickly neutralized by other riders like Porte.

As the Kennaugh and Swift hit the base of Alpe d’Huez, the two leaders were holding onto an advantage of more than three minutes ahead of the Yellow Jersey group, with Bardet and Andrew Talansky (Cannondale) in the middle.

The final move came shortly after the start of the climb, when Kennaugh dropped Swift with about three kilometers to go.

Back in the chase, Aru commenced an attack, only to be joined by Porte, Fuglsang and Alberto Contador, while Froome and Valverde were seen struggling to close the gap.

Kennaugh proceeded to easily take the victory over Swift, while Herrada won the sprint for third place ahead of Vanendert and Bardet – finishing 1:11 down on the winner.

In the meantime, Porte crossed the line along with Fuglsang eight-seconds ahead of Talansky and Contador, while Froome could only muster a fifteenth place finish.