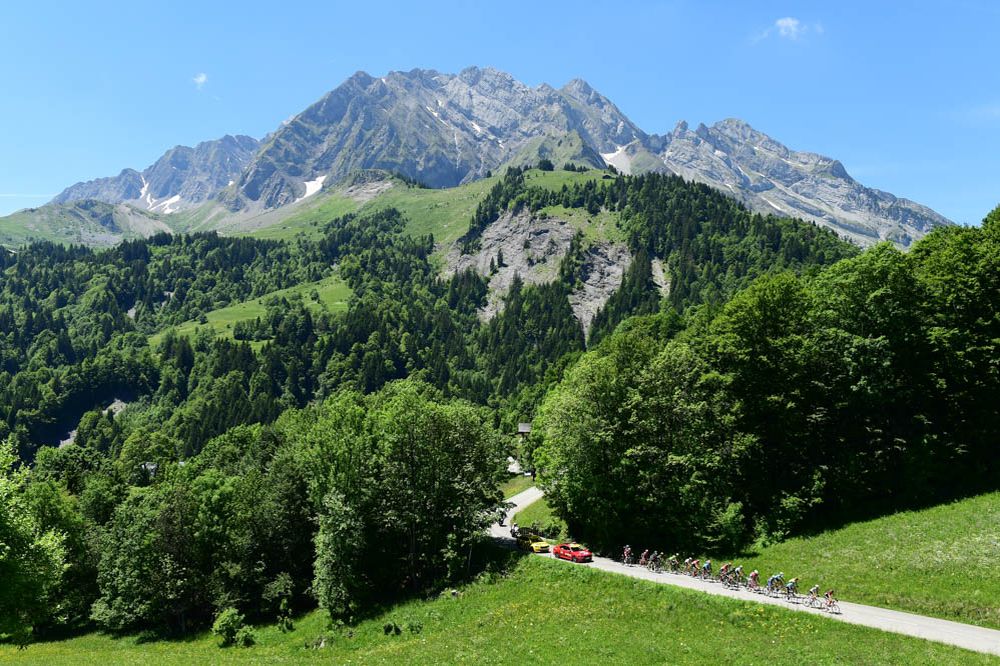 Jakob Fuglsang (Astana) claimed a solo victory in today’s eight and final stage of the Critérium du Dauphiné, following a dramatic finish along the summit to Plateau de Solaison.

However, Fuglsang was fast to react to Martin’s move, quickly joining the Irish rider as both men set-off together for the summit.

From there, the Danish rider proceeded to drop his rival during the final five kilometers to seize both the stage honors and overall victory.

Earlier, race leader Ritchie Porte (BMC Racing) was distanced near the summit of the penultimate climb, the Col de la Colombière, and although he produced a stirring solo fightback on the last ascent to Plateau de Solaison, he fell just short of defending his jersey.

Porte did however, managed to catch and pass Froome during the final 1500 meters, to finish fourth overall – one second behind Dan Martin.

Other riders such as Alejandro Valverde (Movistar), who had attacked on the penultimate of the Colombière with Fabio Aru (Astana), and Alberto Contador (Trek-Segafredo), suffered greatly along today’s final climb, with each rider conceding more than three minutes.

Tony Gallopin (Lotto-Soudal) initiated an attack along the first ascent of the Col des Saisies, followed by accelerations from Froome and Valverde, which served to distance Porte along with most of his teammates.

Froome repeated his move along the Col des Aravis, where he produced another fierce acceleration after his teammates Michal Kwiatkowski and David López had thwarted an earlier counter-attack on the climb.

Both Froome and Kwiatkowki succeeded in opening up a slight gap for themselves along the descent, but both riders were eventually reeled in by the yellow jersey group, while Gallopin continued to remain out front.

However, it wasn’t long before Gallopin was reined in as well with 50 kilometers to go, as Froome, Porte et al came back together again.

The next rider to animate things was Valverde, who proceeded to ride clear with Aru along the Col de la Colombière.

From there, the duo opened up a lead of around a minute over the yellow jersey group.

However, their move only served to prompt a counter-attack from Martin, Fuglsang and Bardet, who quickly reduced the two leader’s advantage to just 30 seconds.

The trio was later joined by a chase effort being led by Contador towards the top of the Colombière, with neither Porte nor Froome choosing to follow when the Spanish rider accelerated. Rather, a noticeably struggling Froome decided to instead cling to Porte’s wheel.

However, with less than a kilometer from the summit, Froome unleashed a fierce acceleration that saw the defending champion surge clear of Porte, as he proceeded to bridge himself across to Contador, Fuglsang, Martin and company on the descent of the Colombière.

On the approach to the foot of the final climb to Plateau de Solaison, Valverde and Aru had just 10 seconds in hand on the Froome and Fuglsang group, while Porte had only Tiesj Benoot (Lotto Soudal) and Sam Oomen (Sunweb) to rely upon as he gave chase some 1:30 behind.

Porte would later rejoin Froome and drop his rival during the final approach to the summit.

However, Porte’s efforts were not enough to salvage his yellow jersey, as Fuglsang had already crossed the finish with enough time between them.