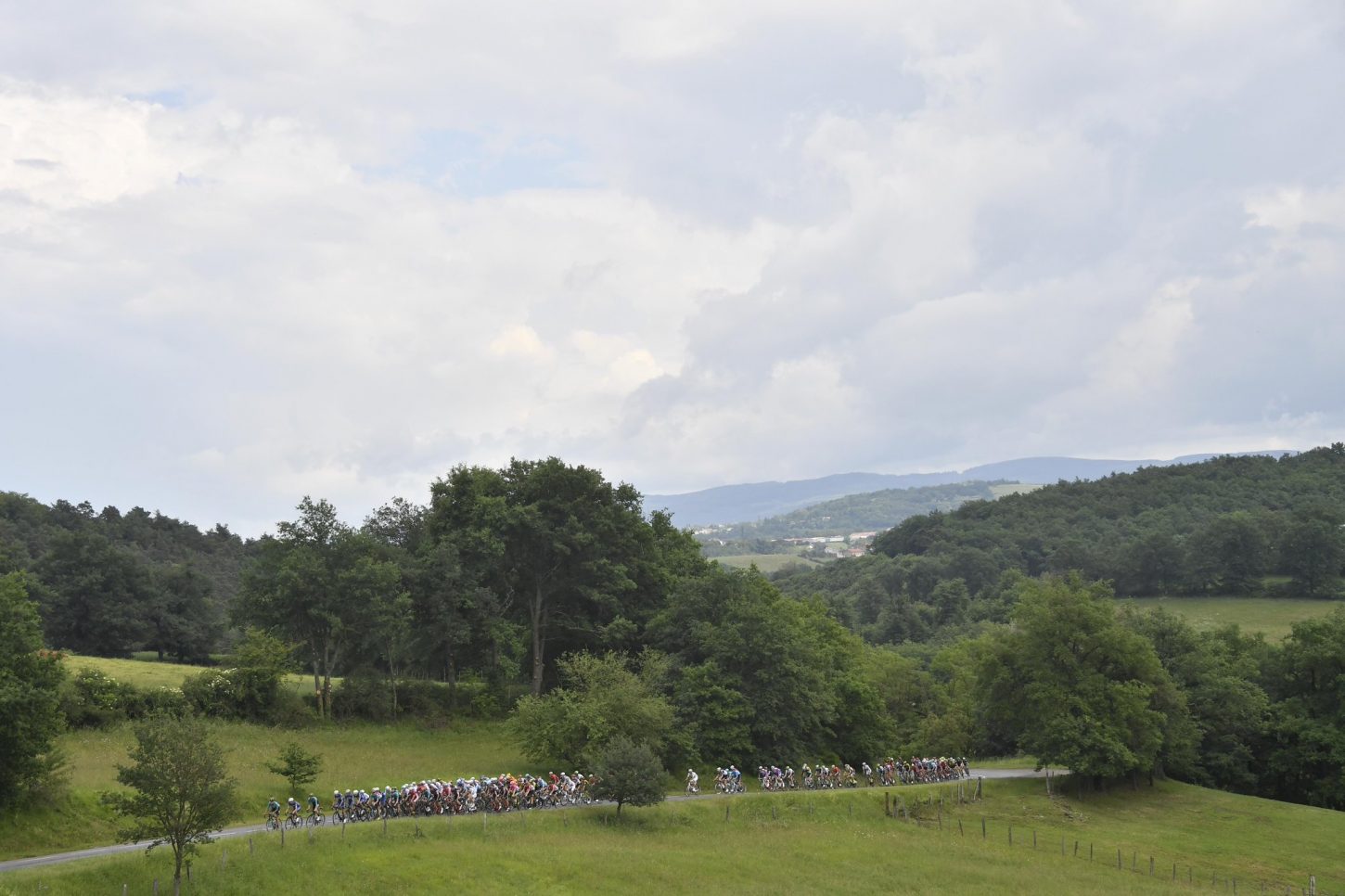 In the opening kilometers of today’s 179 kilometer stage, three riders, Nicolas Edet (Cofidis), Brice Feilli (Fortuneo-Samsic) and Lawson Craddock (EF-Drapac) jumped away from the peloton and gained a maximum advantage of over six minutes.

The race leading team, Team Sky, along with Quickstep-Floors and Vital Concept worked at the head of the bunch and slowly the gap dropped to inside one minute in the final 25 kilometers.

As the peloton passed the 10 kilometer to go mark, the leaders were finally swept up by the bunch and the race was on.

With one final fourth category climb between the peloton and the finish line, teams used it as a launch pad and the attacks came. It was an attack from Alaphilippe, which caused the front of the race to shrink in size and the group to stretch out into one long line.

The peloton was able to re-grouped after the descent and Impey remained towards the front in good position and launched from out of the wheels and to his fourth victory of the season.

“It was a tough day all day, I actually didn’t feel too good. I told Alex Edmondson he should go for the final himself and if I am there at the end I will try, but don’t look after me, so I surprised myself at the end”, said Impey.

“I found myself in a good position so decided to go at about 200 meters, it was a long way out but I had good legs in the final.”

“I had no plan, even in the meeting when the team said we might go for you today, I thought it was a bit far fetched because I didn’t know how I was going.”

“I surprised myself to beat guys like Kwiatkowski and Alaphilippe just before the Tour de France, so is a nice step in my career.”

“To win in Dauphine, it is a big race, so I am really chuffed. Sometimes the guys think you will be one of the favourites but to think that as well is a different thing.

“Today I just kept fighting to the end and it was nice to show myself that I could be there.”