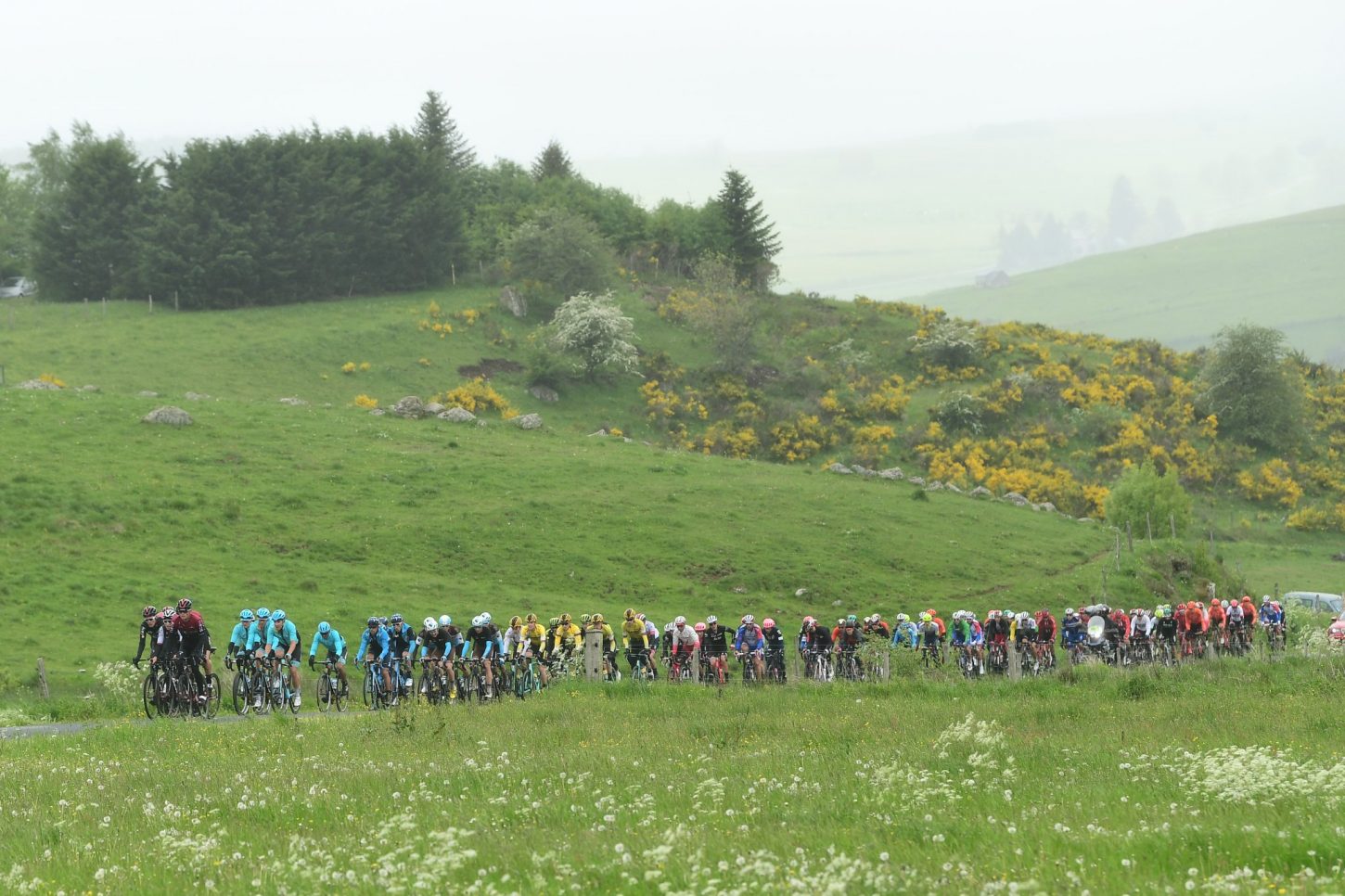 Dylan Teuns (Bahrain-Merida) claimed stage 2 of the Criterium du Dauphine today, after the Belgian rider beat Guillaume Martin (Wanty-Group Gobert) in a two-man sprint in Craponne-sur-Arzon, while Jakob Fuglsang (Astana) took the sprint for third place a further 13 seconds back.

As a result of his victory, Teuns moved up into the overall race lead, after stage 1 winner Edvald Boasson Hagen (Dimension Data) was distanced from the peloton during the final climb.

Teuns and Martin rode clear of the lead group with around 20 kilometers to go, wherein the duo engaged in a thrilling race for the finish line.

Martin overtook Teuns during the final 200 meters, but the Bahrain-Merida rider recovered in time to nix his French rival on the line.