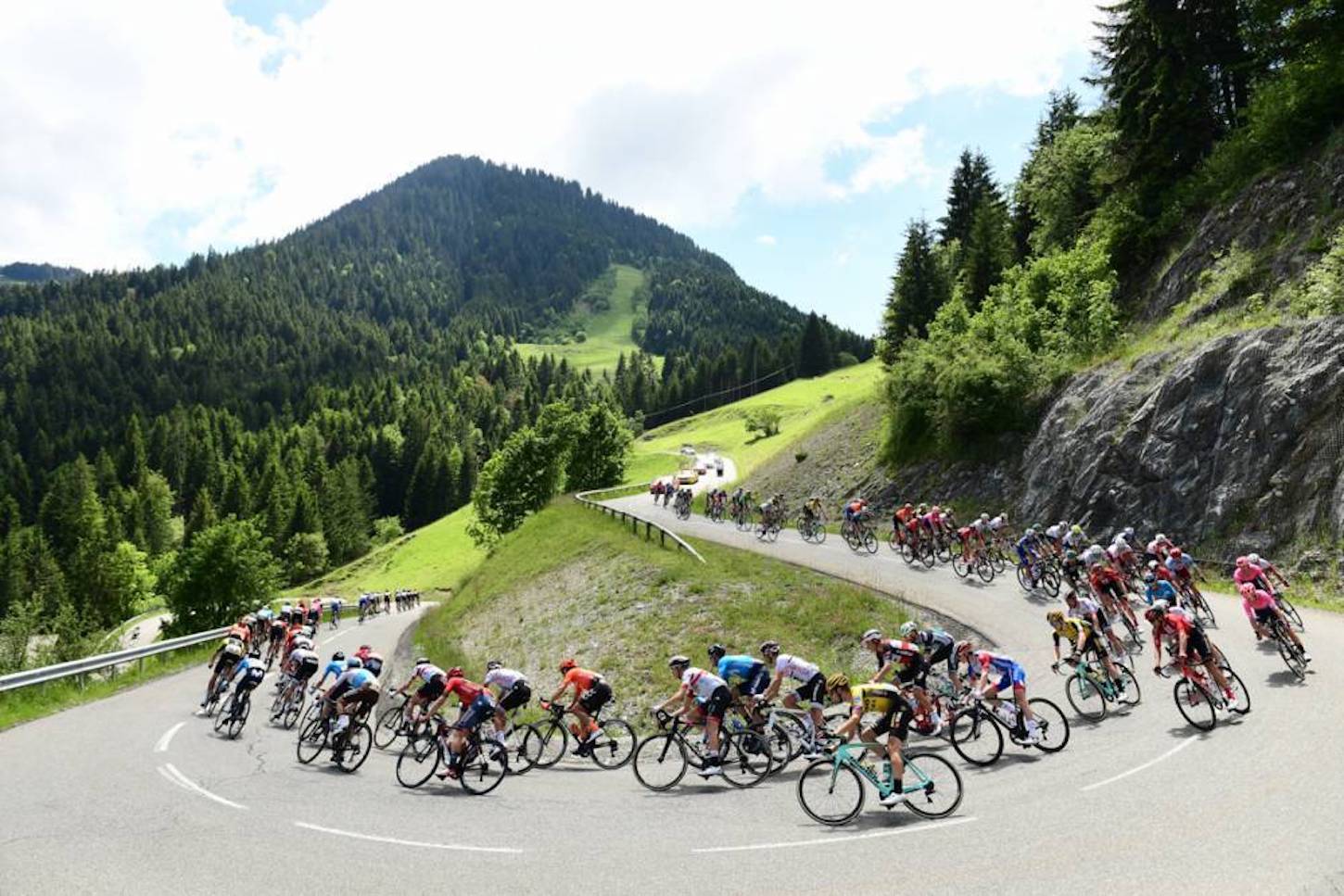 Van Baarle and Haig were originally part of a 13-rider breakaway group before the duo distanced the rest of the escapees during the final climb.

Alaphilippe secured the white and blue polka dot jersey after winning the first two climbs of the day, while Nils Politt (Katusha-Alpecin) later bridged his way across to the group, increasing the number of escapees to 13 at Les Gets.

Alaphilippe continued scoring KOM points along the Col du Corbier, while the group proceeded to stretch-out its advantage over the peloton to more than 4 minutes.

Back in the main field, Adam Yates (Mitchelton-Scott) pulled out of the race due to sickness with 50 kilometers to go.

Backup front, there were a few attacks from members of the breakaway group, with Haig briefly going solo along the climb of the Côte des Rives before Van Baarle latched on.

While a lull came over the peloton, mainly because Astana was keeping things in check in defense of their leader Fuglsang, Haig and Van Baarle continued to forge ahead along the final climb, with the Team Ineos rider ultimately emerging victorious over his Australian rival.