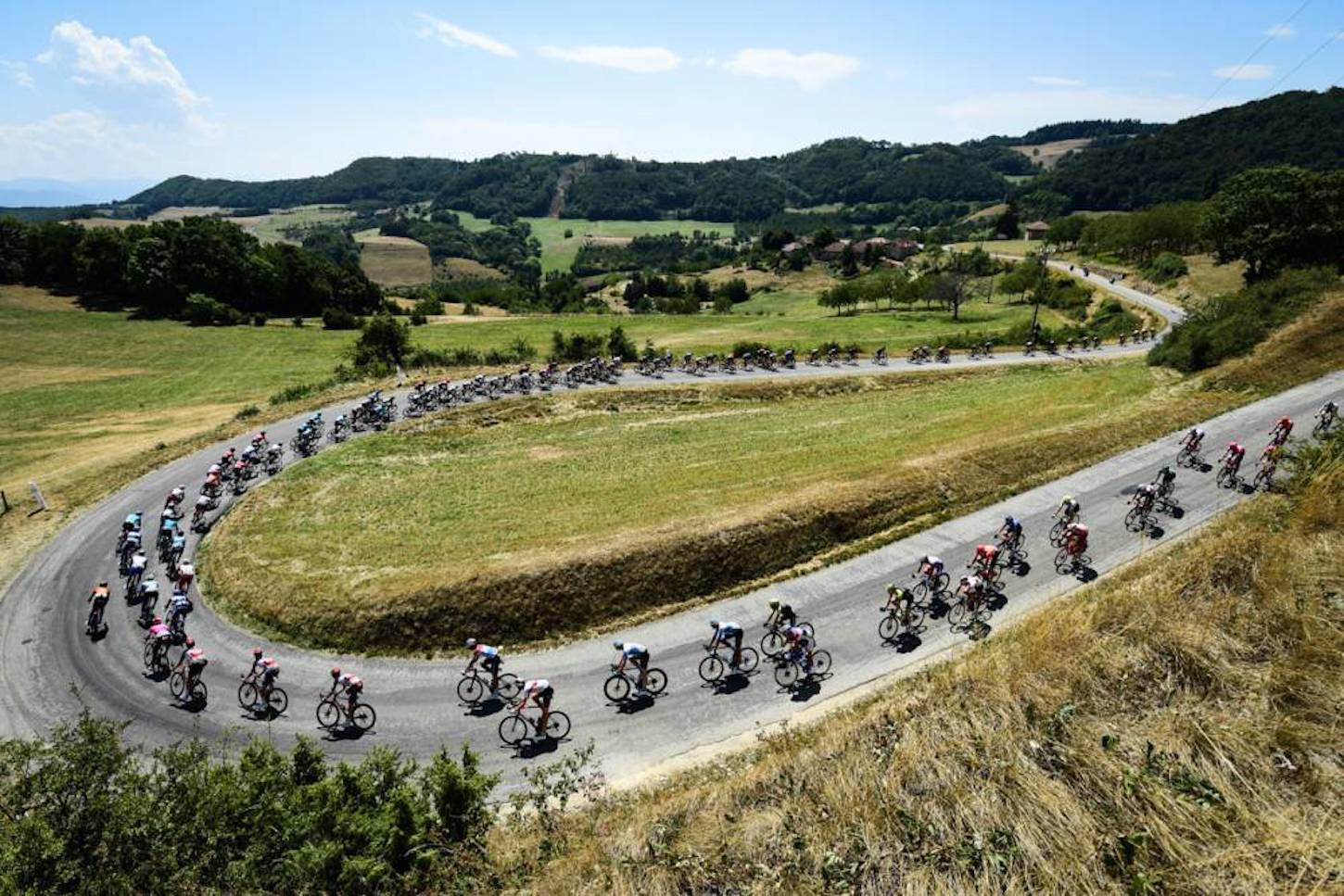 Primož Roglič (Jumbo-Visma) stamped his authority on stage 2 of the Critérium du Dauphiné today, after the Slovenian rider executed a powerful attack with 700 meters  to go, leaving the other race hopefuls struggling in his wake.

Bernal tried an attack but didn’t have the legs, Nairo Quintana (Arkéa-Samsic) and Emmanuel Buchmann (Bora-Hansgrohe) also tried moves that proved to be no match for Roglič’s final surge.

As a result, Roglič claimed the yellow leader’s jersey from his teammate, Wout van Aert.

Team Ineos tried to control the race on the first major climbing showdown of the 2020 Critérium du Dauphiné but Bernal couldn’t answer Roglic’s powerful attack inside the last kilometer. The Slovenian rider claimed his first victory on the roads of the Dauphiné and snatched the leader’s jersey from his Jumbo-Visma teammate van Aert.

After 16km, Jumbo-Visma’s Tony Martin is already driving the bunch to control the gap around 3 minutes. Fabien Doubey takes 2 KOM points ahead of the Côte de Viriville (km 50), ahead of the Polka-dot jersey Michael Schär. The Swiss rider takes another point atop the cat-4 Côte de Roybon and the gap is at its highest in this climb: 3’30’’.

Martin sets the pace all the way to the bottom of the first cat-1 ascent of the 2020 Critérium du Dauphiné: Côte Maillet (6.2km with an average gradient of 8%). The gap is down to 2’ at the bottom of the climb (km 92) and Wout van Aert takes over to drive the bunch uphill with his yellow and blue jersey.

Schär leads the way to the summit to take 10 more KOM points. Only Armirail can keep up with his pace at the front of the race. Their lead to the bunch is down to 1’30’’ as they enter the last 30km of the race, en route to the final climb of the day: 17.5km, 6.2% and many slopes around 10%.

Sergio Higuita (EF Pro Cycling) crashes in the valley with 24km to go and many riders are involved, including Dan Martin (Israel Start-Up Nation) and Pierre Latour (AG2R-La Mondiale). They get back on their bikes but the pack is out of reach for them.

Schär and Armirail reach the bottom of the final climb with a lead down to 1’. The French rider drops his Swiss rival 16km away from the summit. The pack only trails by 30’’ and Wout van Aert is dropped. Team Ineos take over inside the last 12km with their seven riders leading a reduced bunch.

Armirail is caught with 8.5km to go. Victor de la Parte (CCC Team) immediately goes for a counter-attack but he’s reeled in 1km further. About 30 riders remain in the bunch as Jonathan Castroviejo (Team Ineos) leads the way. The Spanish rider is done with his work with 6km to go. Michal Kwiatkowski takes over and Julian Alaphilippe (Deceuninck-Quick Step) is dropped.

Temperatures decrease as showers hit the race but the intensity keeps rising with Thomas pulling the GC group inside the last 4.5km while his Team Ineos partner Froome is dropped. Buchmann launches the first attack with 2km to go. Bernal also tries to go. But, Kuss controls and nobody can answer Roglic’s powerful acceleration with 700m to go.