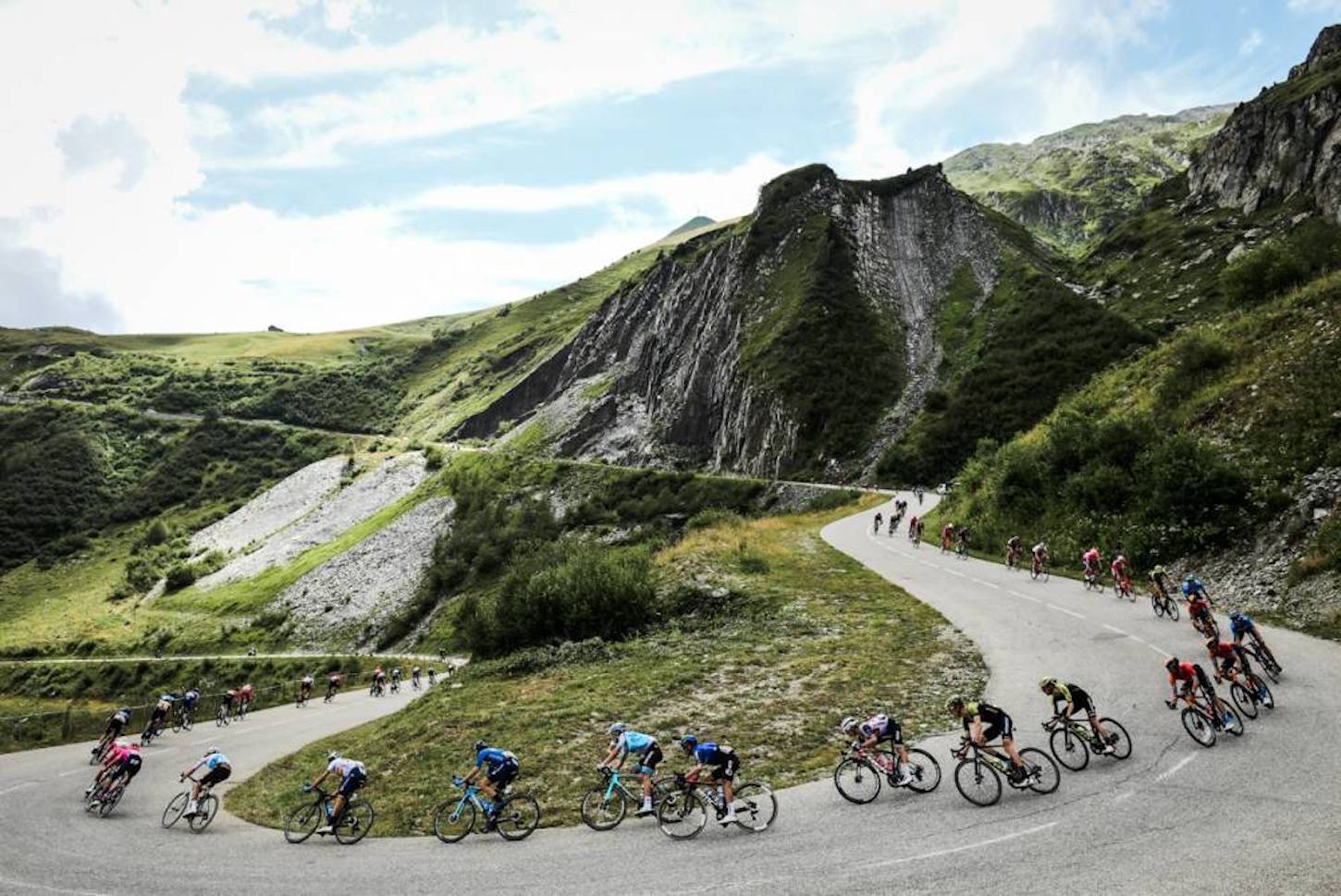 Davide Formolo powered his way to victory in stage 3 of the Critérium du Dauphiné today, after the Italian rider attacked on the Col de la Madeleine, subsequently opening up a sizable gap of over five minutes to claim a solo victory ahead of race leader Primoz Roglic (Jumbo-Visma) and Thibaut Pinot (Groupama-FDJ) in third.

Formolo was part of the day’s early breakaway group before making his winning move along the final 14.6 kilometer climb to Saint-Martin-de-Belleville, while Jumbo-Visma was keen to limit their leader’s losses to just over half a minute.

As a result, Roglic extended his lead in the general classification, while Tour de France champion Egan Bernal (Team Ineos) ceded more time in the push to the line.

A 154-rider pack left Corenc without Dan Martin (Israel Start-Up Nation) and Juan Pedro Lopez (Trek-Segafredo), who sustained injuries when they crashed during Stage 2. The Irish climber was riding the Critérium du Dauphiné for the 9th time and he needs to abandon the race for the first time, due to a non-dislocated sacral fracture according to his team.

Jumbo-Visma set the pace in the bunch en route to the ascent up Col de la Madeleine from an unprecedented side. The gap is up to 3’30’’ in La Chambre (km 86), at the bottom of the climb. Davide Formolo and Pierre Latour drop their breakaway companions after 90km of battle. And the Italian national champion goes solo a kilometer further. At the summit, Latour trails by 45’’ and Wout van Aert (Jumbo-Visma) leads the peloton with a delay of 5’25’’.

Formolo pushes his advantage in the downhill and the valley ahead of the final climb. Jungels and Kragh Andersen join Latour inside the last 20km. They trail by 3’20’’ at the bottom of the final climb to Saint-Martin-de-Belleville: 14.8km with a deceptive average gradient of 6%. The gap to the bunch is down to 3’50’’.

Bora and Jumbo accelerate but Formolo holds on

Wout van Aert keeps pulling and sets a strong pace in the first part of the climb, the steepest. Tom Dumoulin and Steven Kruisjwijk take over with 10km to go. Halfway through the climb, Formolo still enjoys a 2’50’’ lead. Lennard Kämna (Bora-Hansgrohe) accelerates with 6km to go and Formolo’s lead drops under 2 minutes.

Sepp Kuss (Jumbo-Visma) ups the ante in the final 2km of the climb but Formolo has enough energy left to make it all the way to the finish after a 66km solo ride and claim a major victory five years after the Giro stage win that caught the World’s attention. Primoz Roglic (Jumbo-Visma) shows his strength again, taking second on the day after his victory at Col de Porte. Thibaut Pinot (Groupama-FDJ) finishes right behind the Slovenian rider and remains second of the general classification (+14’’).