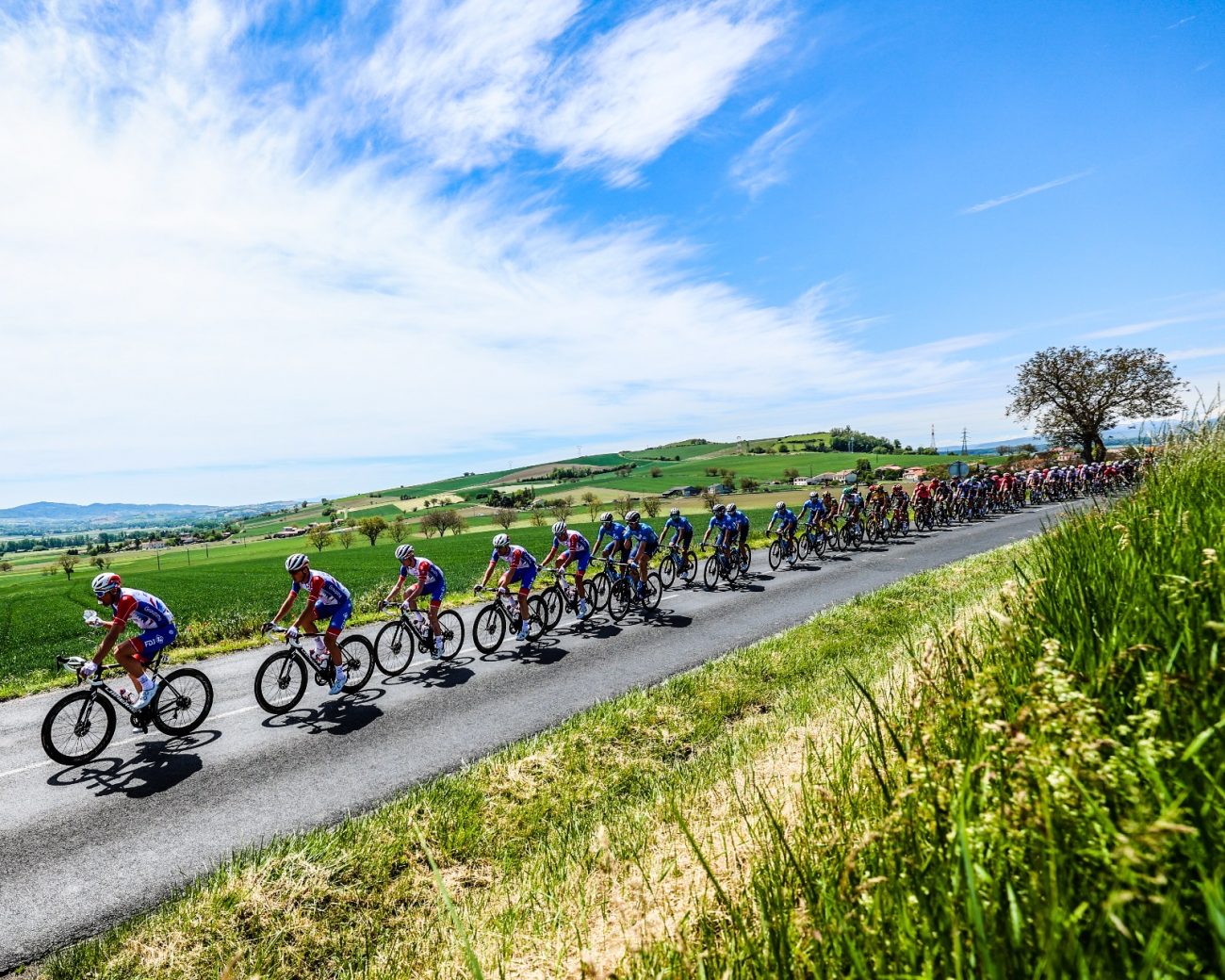 Brent Van Moer had already experienced pain and glory on the roads of the Critérium du Dauphiné. The young Belgian talent from Lotto Soudal claimed an impressive solo victory on stage 1 of the 2021 edition today, a few months after he crashed out of the 2020 Dauphiné on the very first day.

Vant Moer, who was part of an early breakaway group, was the first rider to summit first of the day’s climbs around Issoire, eventually dropping all his companions to seize the stage honors ahead of the raging peloton led by Sonny Colbrelli (Bahrain Victorious) and Clément Venturini (AG2R Citroën) to claim his first professional victory, along with the yellow and blue jersey, the white jersey, the polka-dot jersey, the green jersey and the first commutativity award in the history of the Dauphiné.

Van Moer (Lotto-Soudal), Ian Garrison (Deceuninck-Quick Step) and Cyril Gautier (B&B-Vital Concept), escaped the peloton early on, later building up an advantage of around four minutes after 28 kilometers of racing.

Alexander Kristoff’s UAE Team Emirates and Colbrelli’s Bahrain Victorious were the first teams to react in the peloton. But the escapees continued to open their lead to five minutes atop the first ascent of the day, côte de Bergonne, where Van Moer collected his first KOM point on his way to claiming the first polka-dot jersey of the Dauphiné.

Back in the peloton, Trek-Segafredo’s Mads Pedersen struggled along the first ascents of the day, while Garrison was dropped from the breakaway, who was later caught by peloton.

Back up front, Van Moer kept chasing the KOM points along the climbs, collecting even more after the second passing of the Côte du château de Buron and the Col de la Croix des Gardes.

From there, the trio continued to hold onto more than three a minute advantage as they enter the final 37.1 kilometers, with Van Moer proving again to be the strongest rider on the climbs, later going solo inside the last 15 kilometers, while UAE Team Emirates’ Brandon McNulty and Kristoff both being dropped along the final climb.

Van Moer proceeded to maintain an advantage of just under a minute over the top of the final climb with 12km to go, holding most of that lead into the last kilometer to fend off the bunch and claim an impressive maiden victory.