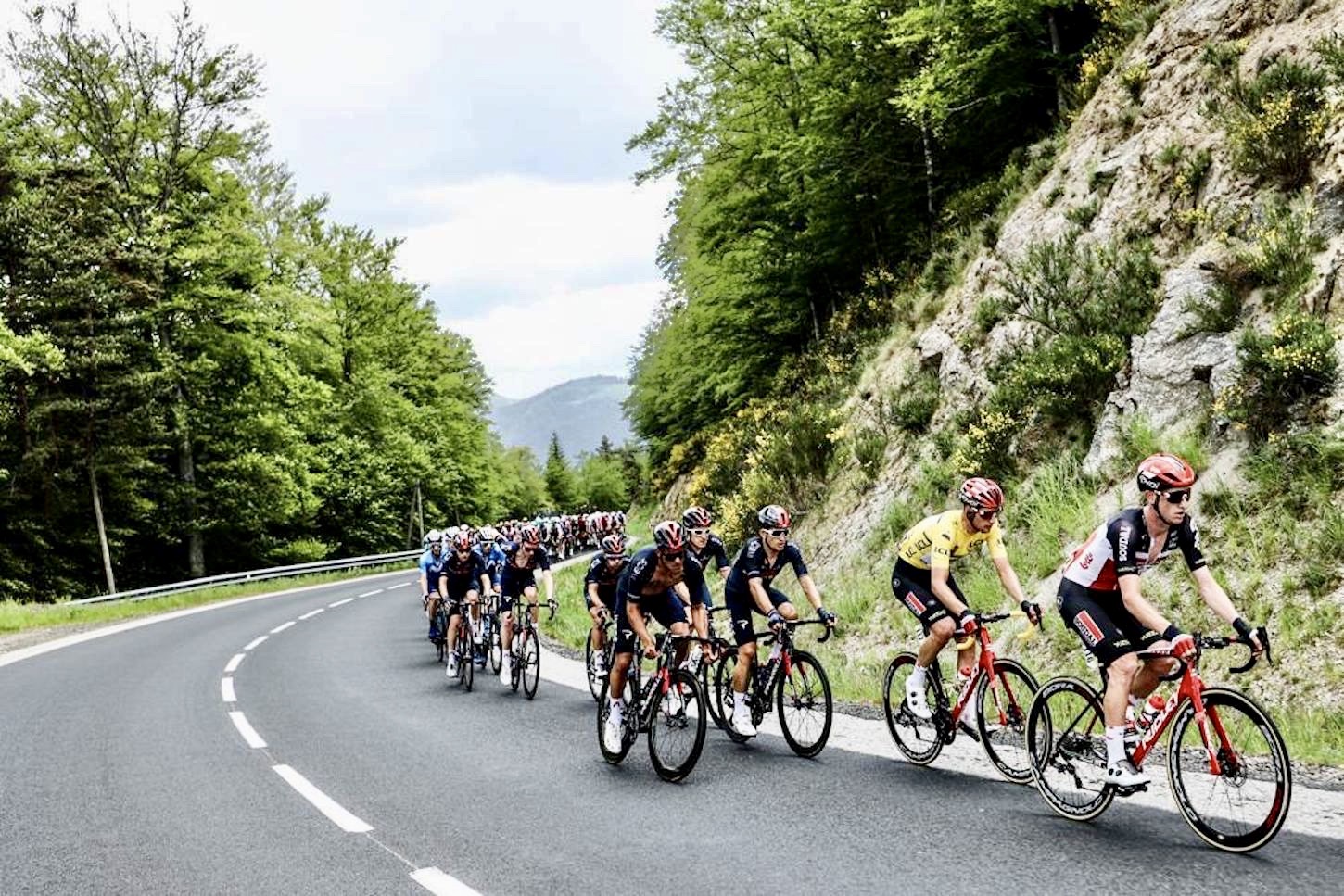 Lukas Pöstlberger (Bora-Hansgrohe) won stage 2 of the Critérium du Dauphiné today, after the Austrian rider attacked from the breakaway group and held-off the peloton to take a dramatic victory in Saugues.

Meanwhile, Sonny Colbrelli (Bahrain Victorious) finished second for the second day in a row, with Alejandro (Valverde) completing the podium in third spot.

The stage came down to the wire with Pöstlberger holding a slim 22-second lead over the chasing group when he crested the top of the Côte de Masset with 4 kilometers to go.

The Bora-Hansgrohe  rider had been in a five-man group that formed early in the stage and one-by-one he dropped his companions before soloing clear of last man Shane Archbold (Deceuninck-QuickStep) with 17 kilometers remaining.

From there, Pöstlberger built up an advantage of more than two minutes before reaching the penultimate climb of the Côte de la forêt de Pourcheresse as Bahrain Victorious and Ineos Grenadiers began to chase.

It looked as though the peloton had the situation under control, even when Ben O’Connor put in a valiant late attack before being caught at the top of the Côte de Masset. However, Pöstlberger succeeded in holding onto his slim lead before the final descent to claim the stage honors by 11 seconds.