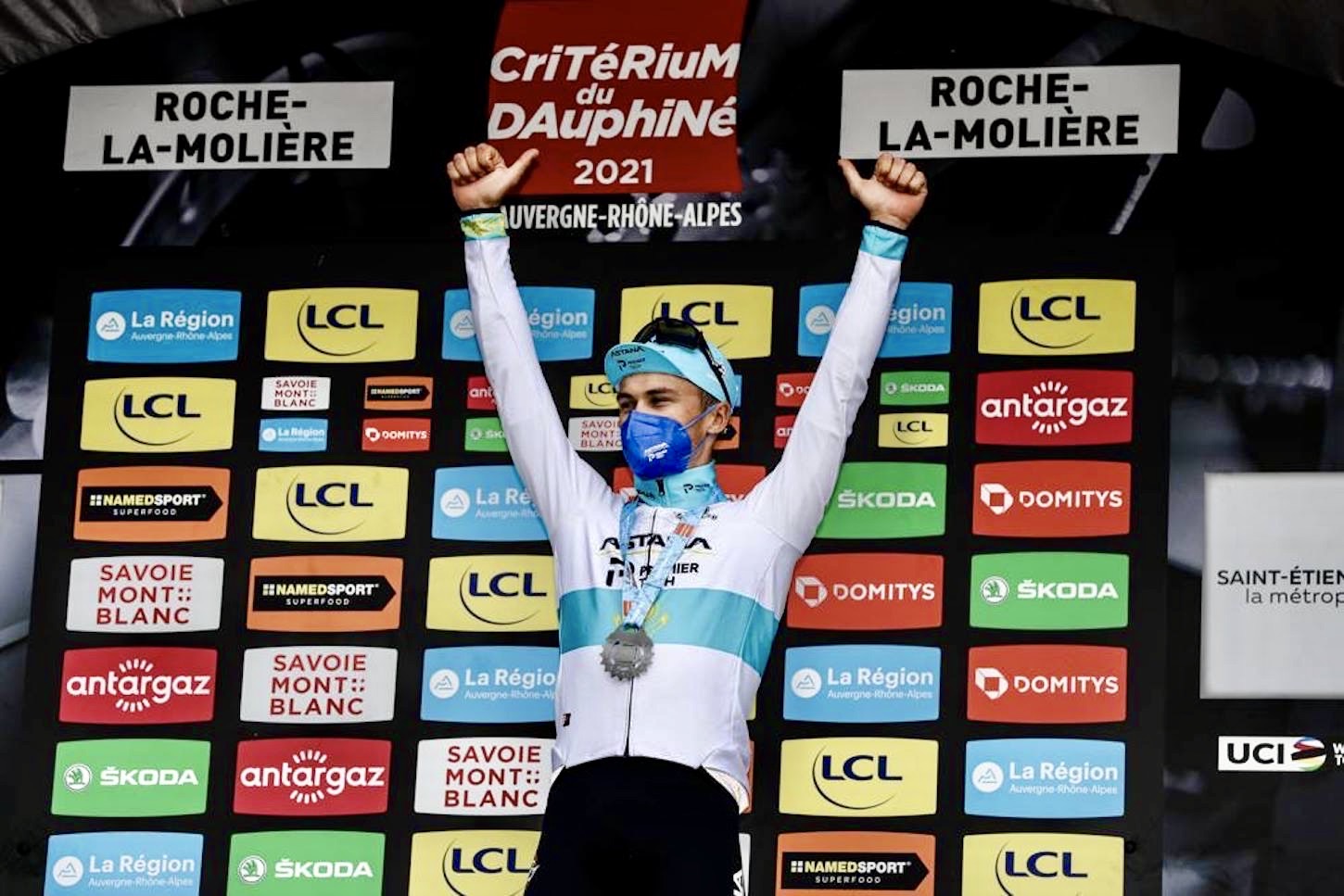 However, Lutsenko’s performance wasn’t enough to take the yellow jersey, as Lukas Postlberger (Bora-Hansgrohe) mounted a valiant defense of the overall lead to finish ninth on the stage and hold off his rival by a mere second in the overall standings.

Lutsenko’s time withstood the assault from Chad Haga (Team DSM), but the time-trialling abilities of Jonas Vingegaard (Jumbo-Visma) made a big difference on the second part of the route. The Danish rider led Sweeny by 15’’ at the intermediate check point (after 7.5 km) and improved his advantage to 35’’ at the finish, after 16.4 km gobbled up at an average speed of 44.966 km/h (with a time of 21’53’’). Brandon McNulty (UAE Team Emirates) started even better, leading by 4 seconds after 7.5 km, but the young American fell short of the best time by that point at the finish by 3 seconds.

The intensity grew as the pretenders for the general classification got to grips with the stage, in particular Richie Porte (Ineos Grenadiers), already the winner of a time-trial on the Dauphiné in 2017, who started extremely well, posting an intermediate time of 9’19’’, just 3 seconds better than McNulty. The Australian continued his effort and took the lead at the finishing line, thanks to a time of 21’51’’. He was the first rider on the day to exceed the bar of 45 km/h average speed; 45.034 km/h to be precise.

Izagirre  moved ahead of him with a time of 21’44’’ (at an average speed of 45.276 km/h), thanks to a very fast performance on the second part of the stage. Trailing Porte by 9’’ at the intermediate check point, in the end he finished 7’’ ahead of him. After starting like a cannonball, Wilco Kelderman (Bora-Hansgrohe) slipped into 2nd place on completion of the stage, with a time of 21’48’’.

Lutsenko finished even stronger than his team-mate Izagirre: 21’36” (at an average speed of 45.556 km/h). Geraint Thomas (Ineos Grenadiers) produced the best start, leading Lutsenko by 9’’ after 7.5 km, but the Welshman was not able to keep this pace up over the full distance, finishing with a time of 21’59’’, 23’’ behind his Astana rival. However,  Pöstlberger surprised everyone by taking 9th place, also 23’’ behind the stage winner. The Austrian keeps hold of his Yellow and Blue Jersey thanks to a lead of just one second over Lutsenko.