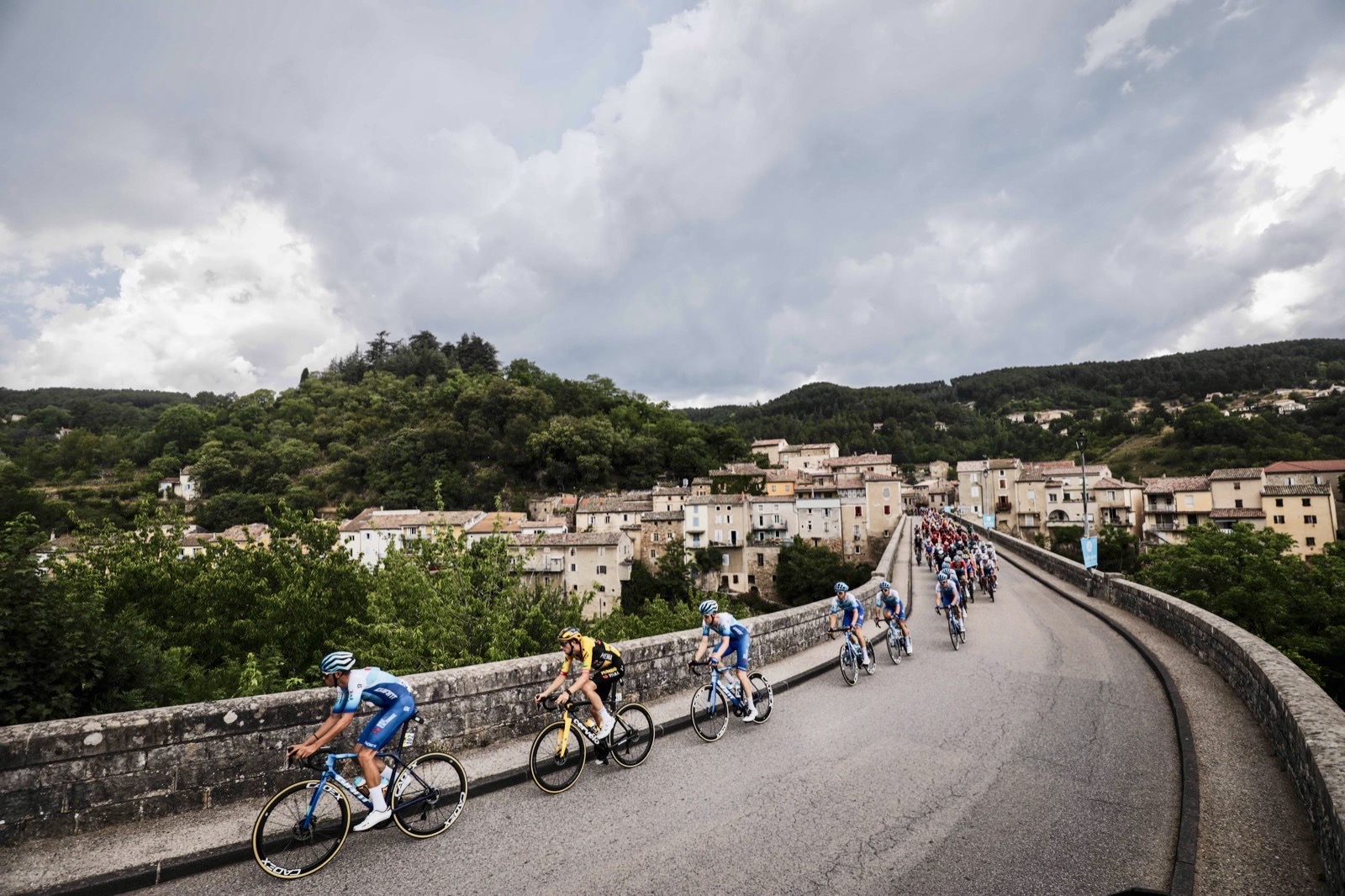 Wout van Aert (Jumbo-Visma) won the opening stage of the Critérium du Dauphiné today, after the Belgian rider out-sprinted Ethan Hayte at the end of a hilly 197 kilometer route from La Voulte-sur-Rhône to Beauchastel, while EF Education-EasyPost’s Sean Quinn rounded out the podium.

“Looking at the profile, we could see a hard final so I hung on and felt good for the sprint, so really nice,” Van Aert said. “I was quite comfortable on the climbs.”

“Still in the sprint guys like Hayer you have to beat them. It was tough to pass him, but happy.”

“We have a strong team so we will try and defend and at the weekend hopefully turn it over to Primoz.”

However, the trio was eventually reined in along the final climb with 30 kilometers to go, with Mikkel Honore (Quick-Step Alpha Vinyl) commencing a short-lived attack.

The final 2 kilometers saw Rémi Cavagna (Quick-Step Alpha Vinyl) go on the attack as well, subsequently opening up a slight gap before a raging peloton swept past the French rider, with Van Aert emerging victorious in a bunch sprint.