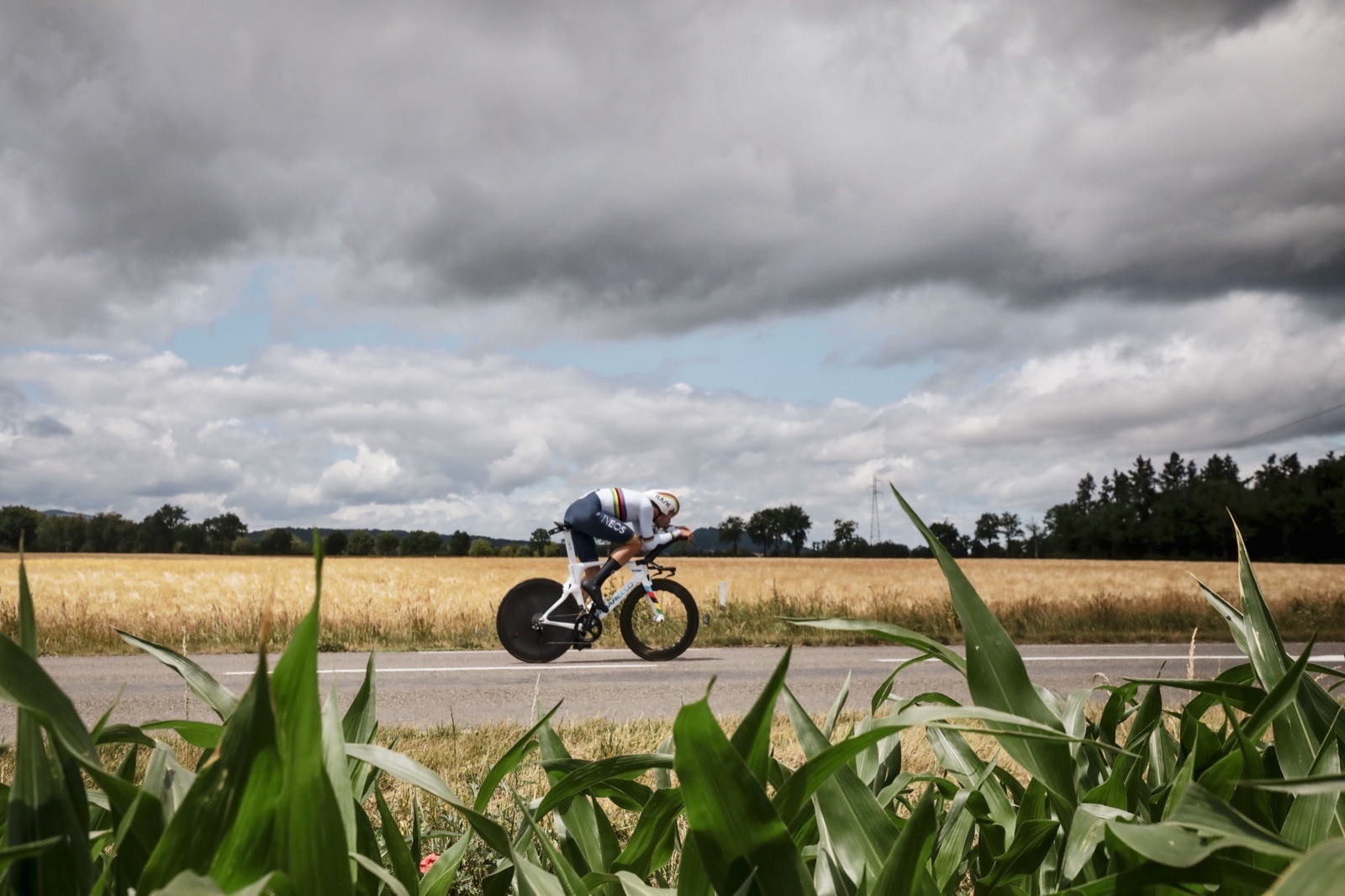 Van Aert initially posted a time that was 10-seconds faster than Ganna at the 12 kilometer point, but he Belgian rider faded, dipping down as much as 10-seconds slower than his Italian rival with 11 kilometers to go, before rebounding to finish with a time of 35:34.

Van Aert now leads Cattaneo in the overall classification by 53-seconds, while his teammate and fellow team leader Primož Roglič sits in third at 56 seconds.