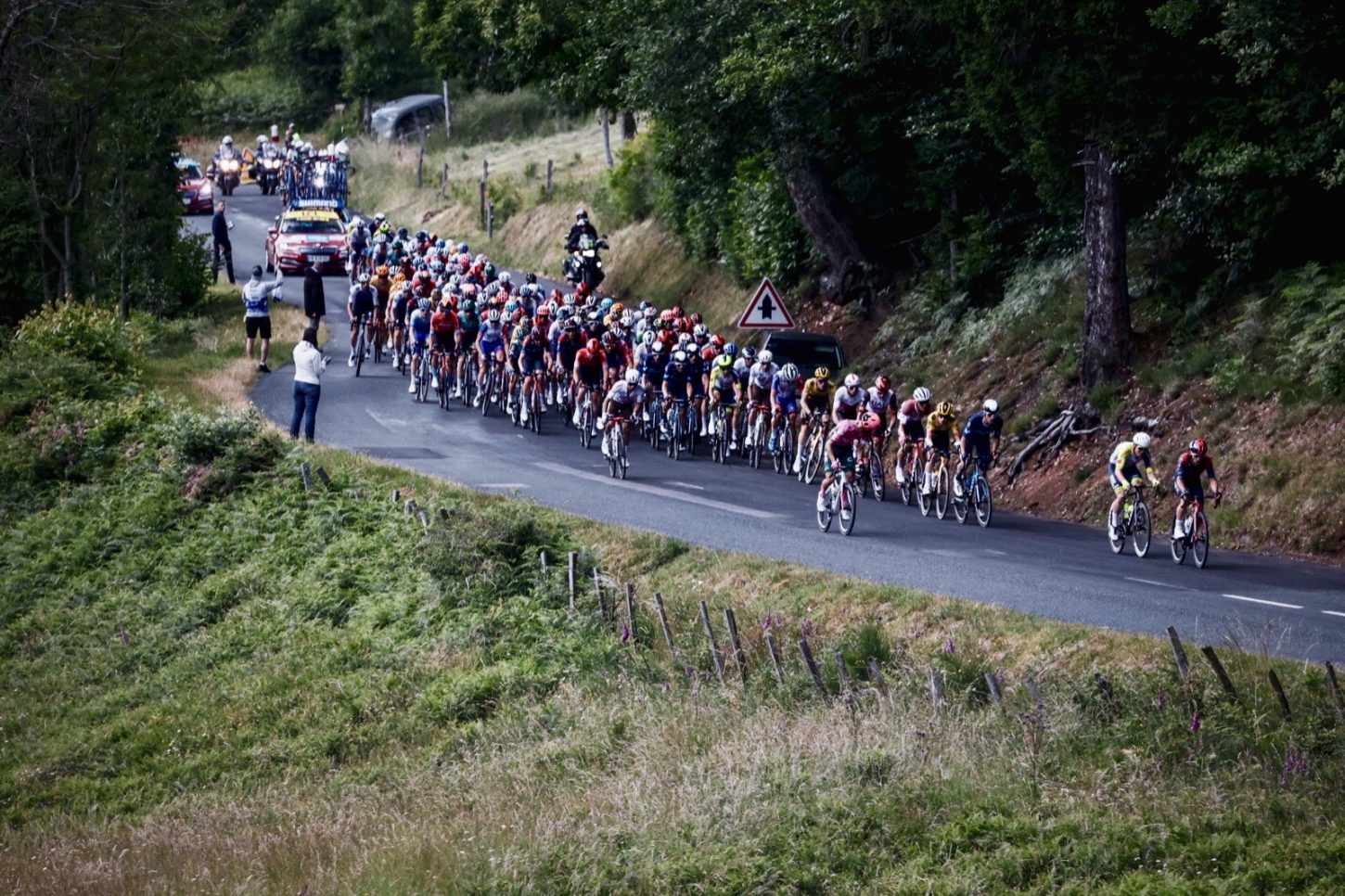 From there, the escapees continued to cling to a modest advantage, until the peloton really started to clamp down, reducing their lead to just 35-seconds during the last 10 kilometers.

INEOS Grenadiers later took to the front, upping the pace of the peloton in hopes of reining in the breakaway group.

However, the escapees continued to hold-on, eventually getting swept-up during the closing 200 meters.

Van Aert was the first to launch his sprint early, while Meeus was quick to follow his move.

But, the Belgian rider had enough of an impetus to hold-off a challenge from his fellow countryman to seize the stage honors.

As a result of his victory, Van Aert extended his lead in the general classification. Thanks to bonus seconds, he now has 1:03 margin over Mattia Cattaneo (Movistar), followed by his teammate Primoz Roglič, who sits 1:06 behind.