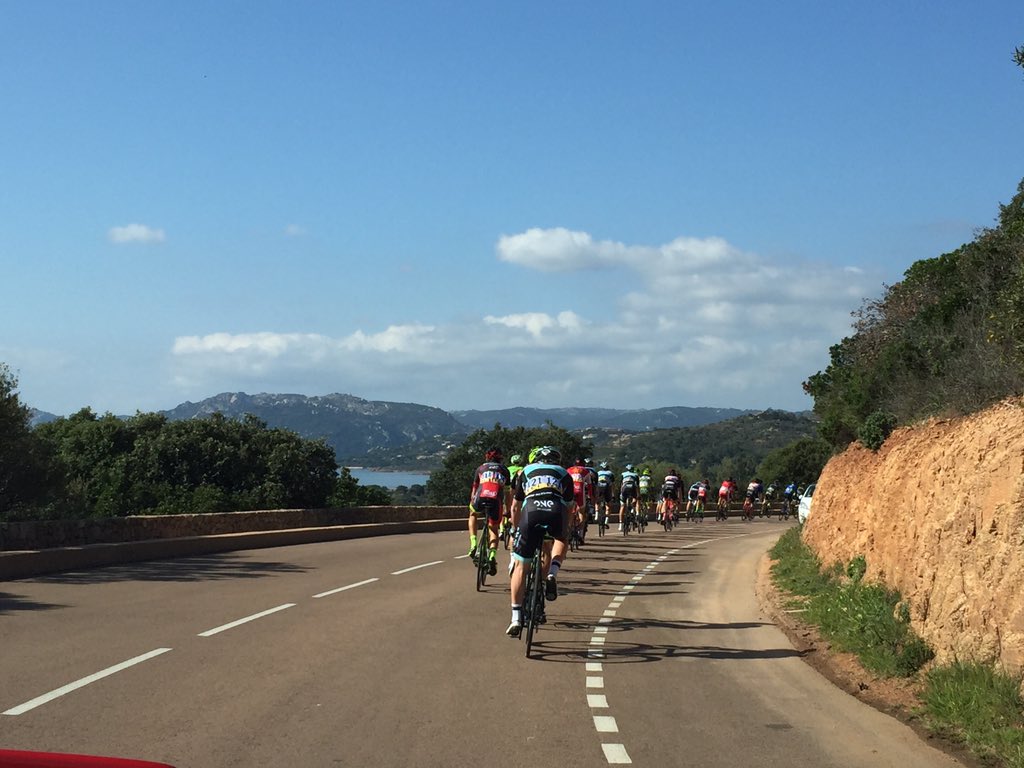 Sam Bennett took the first stage of this year’s Critérium International in a sprint finish yesterday.

After 90.5 kilometers of racing around Porto-Vecchio, the BORA – ARGON 18 sprinter proved he was the fastest man on the line, after a 3 men breakaway had been caught during the closing 500 meters.

From the outset of the stage, the peloton remained in control of the race, always keeping a watchful eye over the breakaway, and never allowing them to build up much of a lead.

Once the breakaway was caught, BORA – ARGON 18’s Paul Voss, did an exemplary job of leading out Bennett to contest the sprint.

“We had a long discussion yesterday about how to organise the final kilometres. We knew that we cannot start to lead-out too early, because there was a little decent in the last kilometer and it is very easy to overtake there out of the slipstream. Our goal was to have 3 guys with Sam after the last corner, and that worked our perfectly. Sam was in a perfect position and took a confident win in the end. This win is a real team victory. All riders did their job 100% perfect. But it is also a reward for the mechanics, physios, etc. who all worked very hard the last weeks.” – Christian Pömer, sports director

“We had a really good meeting yesterday and everybody knew exactly what to do. The guys were committed 100% and everyone did a tremendous job! There was a crash with 15k to go and I was at the back of the peloton afterwards, but the team stayed together and brought me back up without panic. In the last little decent we made our move and hit the front, after the last corner I still had 3 guys to lead-out. I launched my sprint pretty early with 250m to go slightly uphill, but I felt I had to make my move because the whole team prepared everything so well. I felt that I opened a little gap and I could hold it to the line. It is brilliant to now have the first win under the belt. This is a reward for everyone in the team.”  – Sam Bennett

From there, the trio went to to establish an advantage of 1:30 over the peloton.

However, with 5 kilometers remaining, a determined peloton eventually reduced their lead to just 35 seconds.

Heading into the final kilometer, the peloton succeeded in catching the escapees during the long finishing straight to the center of Porto Vecchio.

At that time, teams began moving their respective sprinters into position, with Bennett emerging as the strongest rider ahead of Rudy Barbier (ROUBAIX METROPOLE EUROPEENNE DE LILLE) and Romain Feillu (HP-BTP AUBER 93).