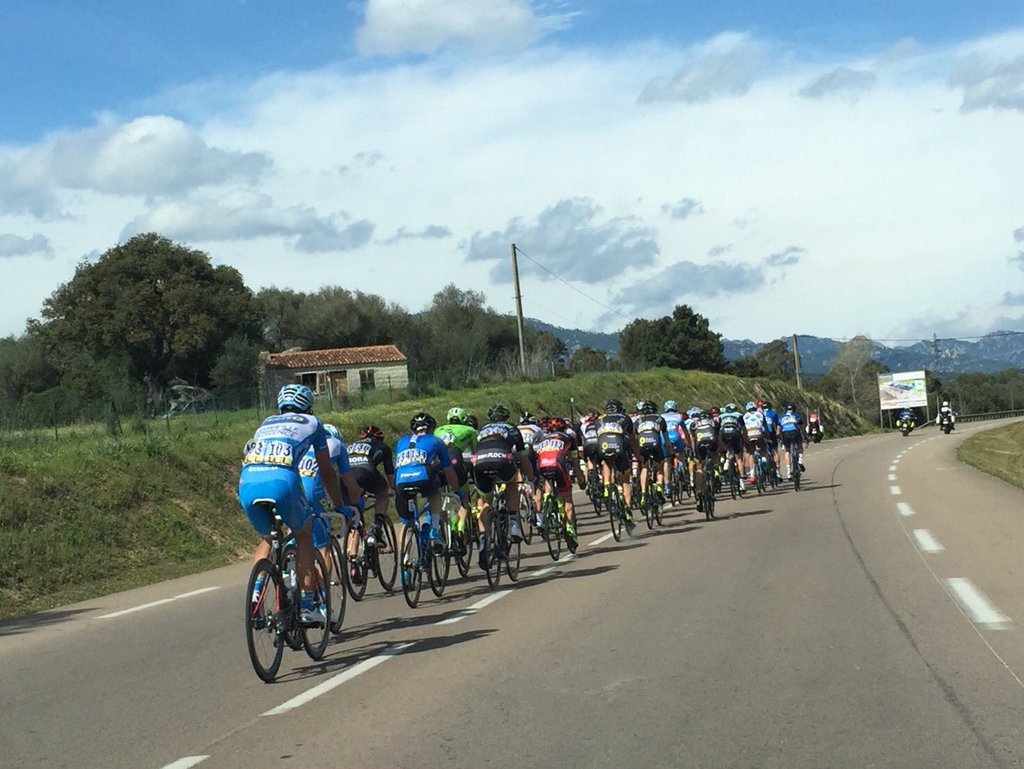 Thibaut Pinot, the winner of yesterday’s individual time trial, landed a double blow by claiming the final stage of this year’s Critérium International on the Col de l’Ospedale – to seal the overall race victory.

The French rider won the 85th edition, 37 seconds ahead of Pierre Latour, followed by Sam Oomen 11 seconds further back.

The weather conditions were perfect for the final stage of the Criterium International, while 120-rider strong peloton set off from Porto-Vecchio harbor for a 171.5 kilometer trek to Col de l’Ospedale.

From there, Di Gregorio led the breakaway group over the top of the climb, as the peloton trailed by 45 seconds.

By the time the race reached the Delko – Marseille Provence, the escapee’s advantage had extended out to 2:50, with the Italian rider earning  an extra 6 points atop the Col de Bavella.

However, the second climb of the day proved to be too much for Delaplace, who was dropped by his breakaway companions.

Meanwhile, the peloton was gradually inching closer under the impetus of yellow jersey Thibaut Pinot’s FDJ team, bringing the gap down to 1:40 at the top of the third climb, the Col de Bacinu.

Mourey (FVC) was hovering 1:20 behind the breakaway, but the Frenchman’s ill-fated attempt to catch the escapees ended along the following descent.

Although the escapee’s advantage grew to 2:05 at the top of the fourth climb, Côte de Ceccia (km 128.5), where Di Gregorio again took the maximum points, at this point the yellow-jersey group seemed firmly in control of things.

Not long after the Côte de Ceccia, Di Gregorio beat Moser and Pacher at the second intermediate sprint in Porto-Vecchio, while the peloton had managed to reduce their lead to under a minute.

After Pacher and Chetout were dropped during the final 15 kilometers, the remaining four riders were caught with under 10 kilometers to go.

Meanwhile, the head of the peloton had been whittled down to just 25 riders, with Coppel (IAM), who started the day in second place overall, conspicuously absent.

During the final 8 kilometers, Latour (ALM) decided to launch a first attack, taking his teammate and defending champion Péraud along with him.

However, the duo failed to open up a significant gap, and while Latour soldiered on, Péraud was caught and subsequently dropped.

With 3 kilometers remaining, Latour was still holding onto a 13 second lead.

However, a blistering attack by Pinot tore the GC favorites apart, subsequently catching Latour, and powering his way clear during the final kilometer.

With just 500 meters to go, Pinot was still clinging to an 8 second gap, with would prove to be enough to hold off any challenges to the finish.

Pinot’s victory today, not only secured him the overall race victory, but also earned the French rider the points classification as well.

Meanwhile, Di Gregorio took home the mountains jersey, while the up-and-coming Pierre Latour was rewarded with the white jersey for the best young rider.