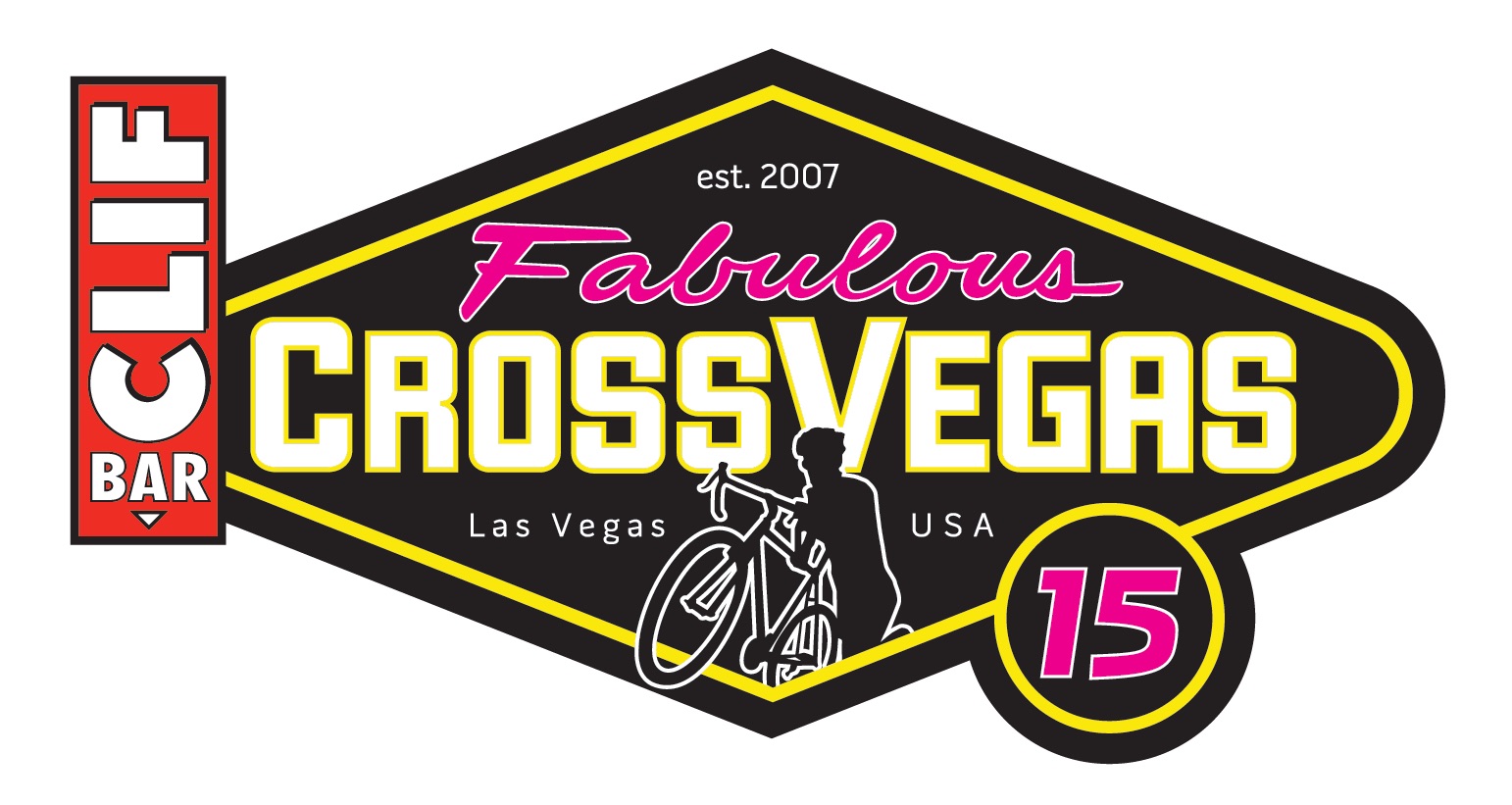 17 Sep 2015
By Gianni Pericolo - In LATEST ARTICLES, THE GREAT RACE 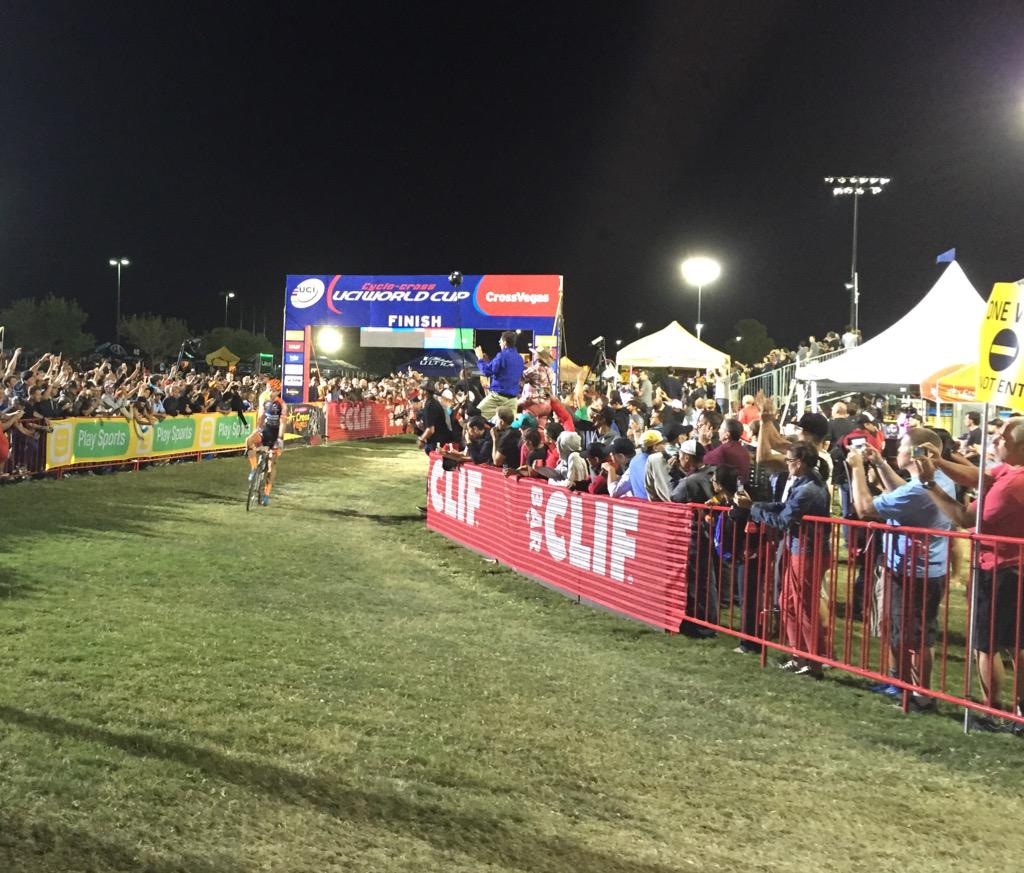 Wout Van Aert stamped his authority during last night’s CrossVegas World Cup cyclocross race, after unleashing a a mid-race attack that would hold for the duration.

“It was definitely long,” said Vastgoedservice’s Van Aert, referring to his attack. “In the beginning it was very difficult, racing with a big group. It wasn’t really comfortable. It was really difficult for me to stay in the front. I did a good move with Sven Nys and Michael Vanthourenhout, and after that it was a normal race. … [After I attacked], it stayed really hard to keep on pushing. It was a really demanding course.”

After the first lap, Michael Vanthourenhout was leading the race. However, chaos struck the field, wherein Tom Meeusen and Lars van der Haar both got entangled in the barriers after trying to hop the planks.

From there, Vanthourenhout continued to remain on the front – eventually opening up a significant lead of more than half a minute – heading into the third lap.

However, it wasn’t long before Nys and Van Aert caught the leader.

Meanwhile, U.S. national champ Jeremy Powers attacked the field, subsequently spitting the chase as he tried to bridge himself to the leaders.

However, with three laps to go, Van Aert unleashed a final acceleration, that would leave his rivals Vanthourenhout and Nys struggling in his wake.

Heading into the final lap, Van Aert alone out front with a 22 second lead, while Nys chased in earnest – by Vanthourenhout, who was 40 seconds in arrears.

Back in the field, Pauwels had made his way to Powers, who at that point had been joined by Lars van der Haar. But, the trio were unable to reel in leaders. 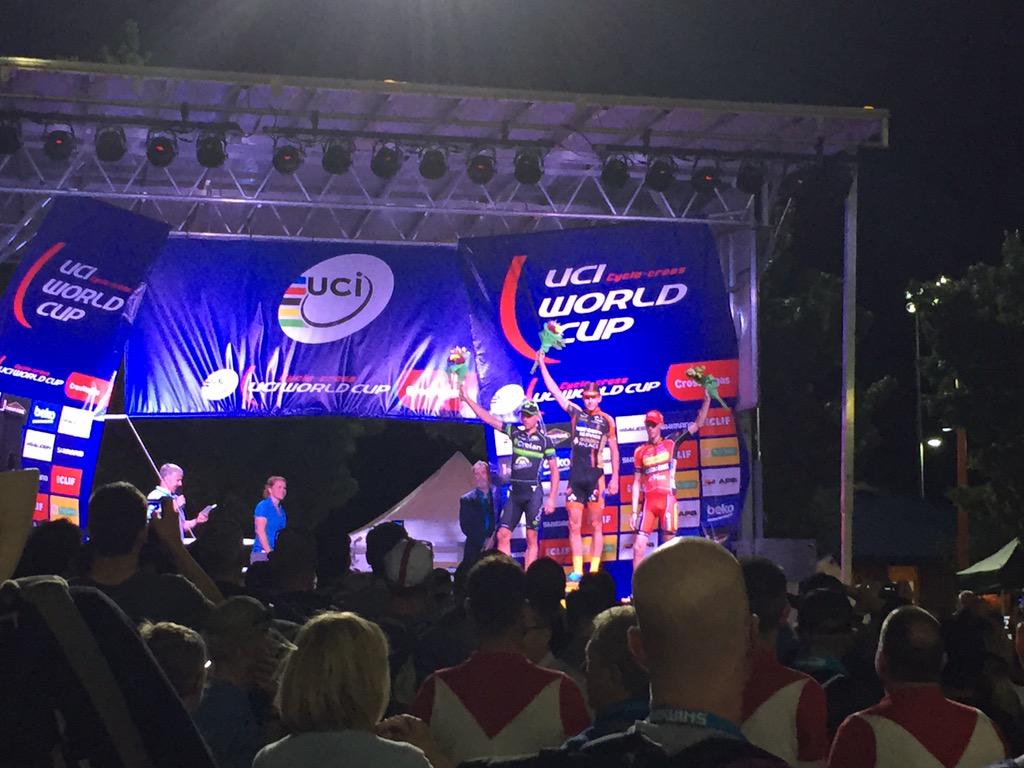 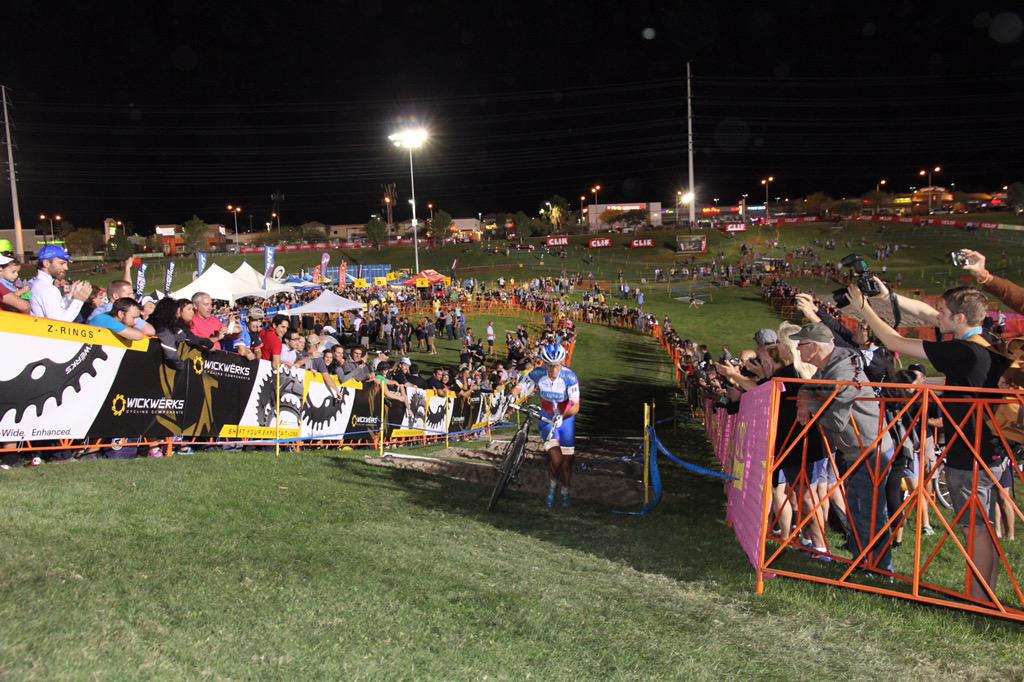 “I’ve been racing here a lot, and practice makes perfect,” said Nash, who has won the race four times now. “I think I only won because I’ve raced here the most.”

“It was a good day today,” Nash said. “I felt really strong and made a right move. I was able to take it all the way to the finish. I didn’t really mean to make a move, I just happened to go up front and got a tiny little gap. When you get it here, you kind of have to go with it. I just punched it and went for it.”

Sophie de Boer scored the opening holeshot, before the field made its way back together after the first lap.

From there, Sanne Cant took over at the front, while she was closely marked by Eva Lechner, as they challenged one another for the lead.

After the first lap, the field began to separate, in large part due to Lechner’s efforts. She was joined by four riders off the front: Cant, Pendrel, Sanne Van Paassen, and Nash. Pendrel took charge, driving the pace.

After two laps, Katie Compton led the second group, chasing about nine seconds behind. Midway through the third lap, Van Paassen was dropped from the front group.

Nash’s decisive move came on the penultimate lap. After her Luna teammate, Pendrel, had driven the pace through the race’s early laps, Nash got a gap with a gritty acceleration. The Czech champion soon had a 29-second lead on the chasers.

By the final lap, that chase had grown to include another Luna rider, Georgia Gould, who had bridged to the front. Then, it was Lechner’s turn to take a flyer, riding away from the chase just before the sand pit. But she’d left the pursuit too late, and was unable to bridge to Nash, who went on to win solo in a decisive manner. Behind the Italian, Cant took the sprint for third.